Stephen's Website Stephen's Artist Page on MainlyPiano
Album Links
Sonic Bear MusiciTunesAmazon (referral)
This site contains affiliate links to products. We may receive a commission for purchases made through these links.
Stephen's Dreams
Stephen Peppos
2009 / Sonic Bear Music
72 minutes
Review by Kathy Parsons
Stephen's Dreams is Stephen Peppos’ fourth independent release on his own Sonic Bear Music label. His previous release, Follow the Mist, was the 2008 New Age Reporter winner in the Best Instrumental Album - Piano category and I won’t be surprised if Stephen's Dreams has a similar fate. Warm, soothing, and sophisticated, Peppos’ music is an effective blending of jazz, new age, and pop sensibilities. Performed on keyboards, Peppos’ melodies are intertwined with ambient sounds and gentle rhythms. Peppos calls this music his interpretation of dreams: “This album is not about nightmares, but about the dreams that inspire, challenge, and give meaning and hope for the future.” The song titles are simply “Dream 1” through “Dream 13,” allowing the listener to interpret the music and each dream in a very personal way: “A name would just put the songs in a box.” Peppos has put his own visions and experiences to music, but by leaving the interpretations open, he is also allowing the listener to participate in the creative process.

“Dream 1” begins with a feeling of deep contentment. There is a slight air of mystery, but there is nothing to be afraid of. Strings and piano beckon the listener to give up the stresses of waking life and dream awhile. “Dream 2” goes a bit deeper and gives the feeling of floating in dark open space. More ambient than melodic, this is one of my favorites. “Dream 3” includes Tommy Loyola on flute and is another favorite. Exotic, peaceful, and fluid, it’s a bit jazzier than the previous tracks. “Dream 5” is a piano (electronic) solo that becomes something of a gentle soliloquy - slow, open, and honest. “Dream 7” is what is usually referred to as space music - vast darkness, the feeling of floating effortlessly, and absolute calm. A few dramatic moments make the piece even more cinematic and visual, as do the thunder and rain sounds at the end. “Dream 9” is much lighter and more playful. “Dream 10” is very soft and cozy in its minimalism - keyboard and strings are all that’s needed to tell this gentle story. “Dream 12” has a stronger rhythm and a bigger, sweeping quality. Peppos uses a fascinating palette of musical colors and sounds that includes didjeridoo - another favorite! “Dream 13” quietly coaxes us back to consciousness, refreshed, renewed, and relaxed.

I have thoroughly enjoyed all of Stephen Peppos’ releases, but I think this is my favorite so far. CDs are available from Sonic Bear Music and downloads are available at Amazon. Highly recommended!
August 26, 2009
Stephen's Website Stephen's Artist Page on MainlyPiano
Album Links
Sonic Bear MusiciTunesAmazon (referral)
This site contains affiliate links to products. We may receive a commission for purchases made through these links.
More reviews of Stephen Peppos albums 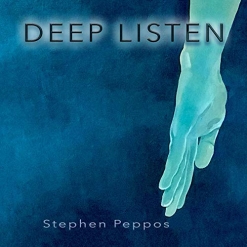 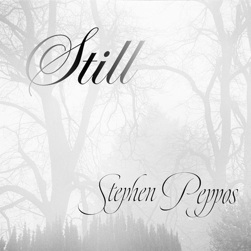