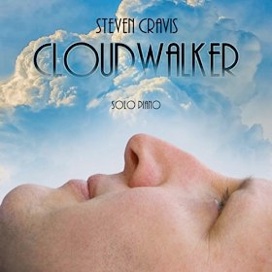 Steven's Website Steven's Artist Page on MainlyPiano
Album Links
Amazon (referral)iTunes
This site contains affiliate links to products. We may receive a commission for purchases made through these links.
Cloudwalker
Steven Cravis
2016 / Steven Cravis Music
66 minutes
Review by Kathy Parsons
It’s been six years since Steven Cravis’ last solo piano release, Healing Piano, so the release of his new Cloudwalker has been an anxiously-awaited event! And, yes, it was worth the wait! The seventeen tracks, fourteen of which are original, are often buoyant, sometimes more introspective, and always from the heart. Cravis is one of those rare people who spends much of his time helping others, so it is no surprise that the generosity of his spirit comes through so clearly in his music, creating a warm and welcoming atmosphere for relaxing, healing and simply enjoying. I asked Steven a few years ago when we did an interview if there was a particular philosophy that he tries to convey in his music, and his response was: “Usually it's one that values and embraces unity and healing. If I listen back to my music and feel more at one with myself and the world, which is part of healing, then I feel satisfied.” This obviously hasn’t changed. Cravis started playing the piano at the age of seven and continued his music education through college at The Berklee School of Music, studying both classical music and jazz, so he has a very diversified background to draw from. In addition to composing music for albums, Cravis has also been very active in writing and recording music for video games, films, ringtones, and other applications.

Cloudwalker begins with the title track, a bright and lively piece that incorporates jazz rhythms with feelings of freedom and joy. “Stairway to Spirits” is a bit more relaxed with an easy tempo and light and breezy melody. “Poppy” gently uplifts with feelings of optimism and innocence - a favorite. The swirling “Between Ages” all but dances out of the CD player - I really like this one, too! Another highlight of the album, “Keep Trying” has the warmth and sincerity of words of encouragement from a loved one - smooth, patient, and from the heart. “Resolve” beautifully expresses the honesty and freedom of an improvisation - problem-solving at the piano. “Opening, A Rose Revealed” would be gorgeous behind a time-lapse film of a rose gracefully coming into bloom, one petal at a time. “Somewhere Over the Rainbow” is Cravis’ interpretation of the classic from The Wizard of Oz. Jazzy and upbeat, the dreamy sentiment of the song is never lost - a brilliant arrangement! “Summer City Night” is leisurely and jazz-infused - another favorite. “Children’s Crusade” is a solo piano arrangement of a song by Sting. “Petals Falling Onto Water” has the grace and freedom of an improvisation, expressing the sometimes random beauty of nature’s course. Simple and overflowing with love, “Lullaby” provides a sweet closing to this outstanding album.

There are many excellent pianist/composers out there and Steven Cravis is one of the best. Cloudwalker is available from Amazon, iTunes, and CD Baby. Very highly recommended! I almost forgot to mention that I love the album cover!
March 21, 2016
This review has been tagged as:
Kathy's Favorites: 2016Kathy's Picks
Steven's Website Steven's Artist Page on MainlyPiano
Album Links
Amazon (referral)iTunes
This site contains affiliate links to products. We may receive a commission for purchases made through these links.
More reviews of Steven Cravis albums 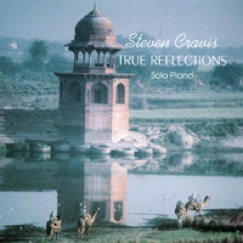 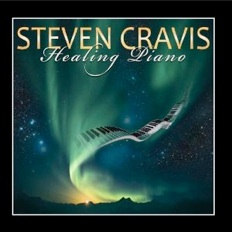