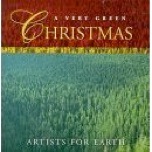 Suzanne's Website Suzanne's Artist Page on MainlyPiano
Album Links
Amazon (referral)iTunes
This site contains affiliate links to products. We may receive a commission for purchases made through these links.
A Very Green Christmas
Suzanne Ciani
1997 / Seventh Wave
58 minutes
Review by Kathy Parsons
I listen to very few Christmas albums since I teach holiday music from mid-October to the week after Christmas, and am generally ready to kill if I hear “Jingle Bells” one more time! Be that as it may, I love this collection of some of the more spiritual and less-overdone songs of the season! All of the pieces sound fresh and revitalized, and I will probably be listening to this CD through the holidays. Bravo to Suzanne Ciani and Joe Anderson for putting this project together! Along with being an outstanding collection, proceeds of the album will go to The Trees Foundation, an environmental body which provides services to grassroots affiliate organizations working to protect and restore the forests and rivers of California’s North Coast region.

Several members of The Wave, Suzanne Ciani’s band, participated in the project, and several appear on each others cuts in supporting roles. Suzanne performs “Adeste Fideles” and “O Holy Night” with her own distinctive touches - both very beautiful and moving. The other artists are Alex deGrassi (“Bring a Torch, Jeanette Isabella”), Paul McCandless (“In Bethlehem City”), Michael Manring (“A Great and Mighty Wonder”), Michael Pluznick and Joel Lindheimer (a great arrangement of “The Little Drummer Boy”), Matt Eakle (an especially beautiful flute arrangement of Bach’s “Sheep May Safely Graze”) , James Asher (his original “Stargazer”), Georgia Kelly (“Greensleeves” on harp), Spencer Brewer (a wonderful and upbeat arrangement of “Angels We Have Heard on High”), Kate Price (a spectacular version of “Carol of the Bells” on hammered dulcimer), The Ira Stein Group (a rousing “16th-century street-party” playing “God Rest Ye Merry Gentlemen”), Teja Bell (“Villancico de Navidad” - wonderfully intimate guitar work), Michael Hoppe and Tim Wheater (possibly the most achingly beautiful arrangement I’ve ever heard of “Silent Night”), and Roy Eaton (his own “A Child’s Christmas” on solo piano). Oddly, the only piece I don’t really care for is the last one, Eaton’s “A Child’s Christmas”. It is solo piano, which is my “thing”, but it seems oddly out of place here. Everything else about the collection rates a major “WOW!”, so I highly recommend it. It should be in most major record stores now.
December 1, 1997
This review has been tagged as:
Holiday Albums
Suzanne's Website Suzanne's Artist Page on MainlyPiano
Album Links
Amazon (referral)iTunes
This site contains affiliate links to products. We may receive a commission for purchases made through these links.
More reviews of Suzanne Ciani albums 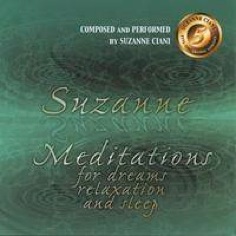 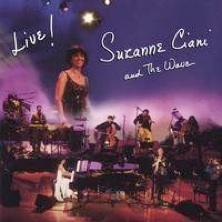