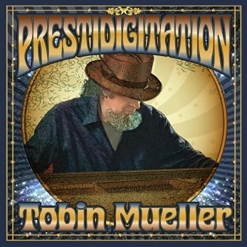 Tobin's Website Tobin's Artist Page on MainlyPiano
Album Links
Amazon (referral)Apple/iTunesSpotifyYouTube Videos
This site contains affiliate links to products. We may receive a commission for purchases made through these links.
Prestidigitation
Tobin Mueller
2022 / Tobin Mueller
59 minutes
Review by Kathy Parsons
Prestidigitation is the twenty-sixth album by Tobin Mueller that I've reviewed since his 2005 release, Morning Whispers, and I have to say that each album has been very different from the others. From solo piano to jazz to funk to classical arrangements to spoken word to vocals to original musicals - and on it goes. It's an extremely impressive body of work from a one-of-a-kind artist. On this album, Tobin plays a variety of keyboards and synths as well as piano, B3 organ, bass, and a fascinating group of instruments that include harmonium and glockenspiel. Joining Tobin on this high-energy project are guitarist-extraordinaire Paul Nelson, saxman David Dejesus, longtime collaborators Woody Mankowski (sax and vocals) and Emily Rohm (vocals), plus Mikie Martel (trumpet), Bill Barner (clarinet), Ruben de Ruiter (congas), and Isaiah Schmidt and Lamar Moore (drums/percussion) - a dream-team of musicians created especially for this album!

Quoting the online liner notes: "Extending the experience of Standard Deviations, which focused on the greatest songs from the first generation of jazz masters, Mueller brings unique arranging skills to the second generation. Prestidigitation celebrates the founders of fusion, including: Weather Report, Herbie Hancock's Head Hunters and Chick Corea's Return to Forever. In addition, he covers cross-over funk masters Tower of Power, Stevie Wonder and Sly Stone. Frank Zappa also makes the cut, an artist whose compositions expanded the boundaries of fusion over several decades. The same goes for Yes and Happy the Man, two progressive rock bands who often incorporated jazz influences into their innovative music. Not to be forgotten, important precursors John Coltrane and Bill Evans supply their own brand of timeless elegance. Lastly, Mueller contributes an original piece just for the album, the title track: "Prestidigitation."

Prestidigitation begins with a medley of "Birdland (Joe Zawinul) and "Long Distance Runaround" (Jon Anderson), a joyous fusion piece for piano, bass and many other keyboards (Mueller), sax (Mankowski) and drums/hand percussion (Moore). Vibrant and full of life, it's a great start! "What Is Hip?" was originally recorded by Tower of Power in 1973, and the swirling energy of this fusion arrangement is captivating. Mueller is on keys and bass, Paul Nelson on electric guitar, Isaiah Schmidt on drums, along with Dejesus on saxes and Martel on brass. It's not a track that will allow you to sit still! One of my favorites is "Thank You (Falettinme Be Mice Elf Again)" by Sly and the Family Stone (Sylvester Stewart), a ground-breaking group for sure! This track features Nelson, Mueller, Mattel, Dejesus and Schmidt with layered parts that create the sound of a full-size band - great stuff! Mueller's original "Prestidigitation" is a soaring combination of genres and instruments. The middle section quiets with a gentler duet for electric piano and guitar before regaining its full-speed ahead energy. John Coltrane's "Giant Steps" was originally recorded in 1960. This arrangement features Bill Barner on clarinet and Ruben de Ruiter on congas as well as Mueller on electric piano and bass. Its slower tempo and easy groove provide a really nice change of pace. "Superstitious" is a fusion arrangement of Stevie Wonder's 1972 hit that is much more jazz and big band than rock or pop - a fascinating take on one of the most popular songs of that time. The closing "America (My Country 'Tis of Thee)" was inspired by Bill Evans' "Peace Piece" and features Woody Mankowski's expressive vocals and Mueller's assortment of keyboards, synths, and bass. It's a quiet, inspiring and thought-provoking close to this excellent album.

Prestidigitation is available from Tobin Mueller's site, Amazon, Apple Music/iTunes and streaming sites including Spotify. Extensive liner notes and downloads are available from Tobin's site and there are videos for each of the tracks on his site as well as on YouTube. Exploring all of the facets of this project is well-worth the time! Check it out!!!
June 20, 2022
This review has been tagged as:
Jazz
Tobin's Website Tobin's Artist Page on MainlyPiano
Album Links
Amazon (referral)Apple/iTunesSpotifyYouTube Videos
This site contains affiliate links to products. We may receive a commission for purchases made through these links.
More reviews of Tobin Mueller albums 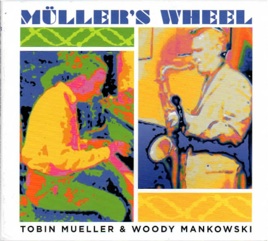 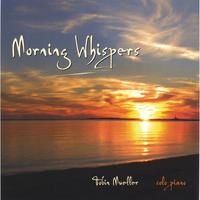 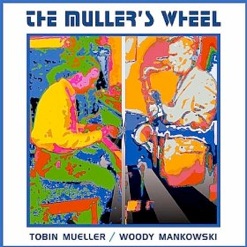