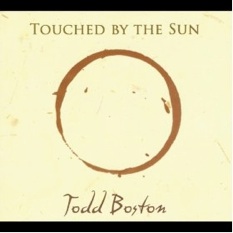 Todd's Website Todd's Artist Page on MainlyPiano
Album Links
Amazon (referral)iTunes
This site contains affiliate links to products. We may receive a commission for purchases made through these links.
Touched By the Sun
Todd Boston
2012 / Gita Records
54 minutes
Review by Kathy Parsons
Touched By the Sun is the second release from multi-instrumentalist/composer Todd Boston, following his 2010 debut, Alive. Produced by Will Ackerman and co-produced by Tom Eaton and Boston, the album features an impressive list of contributing musicians that include Charlie Bisharat on violin, Eugene Friesen on cello, Snatam Kaur‘s vocals, Ramesh Kannan on tabla and cajon, and Michael Manring and Tony Levin on basses. Boston performs on guitars, dotar, flutes and bass and composed all twelve pieces, some of which were arranged by Ackerman. With such a stellar group of collaborating artists, it is no wonder that both the music and the sound quality are truly exceptional. Boston has studied with the masters of a dizzying range of musical genres, and his compositions reflect an assimilation of many cultural styles. All of the music has a very positive, uplifting energy, and it’s fascinating how Boston shifts from Eastern stylings to Americana without missing a beat.

Touched By the Sun begins with a short prelude for dotar and cello that establishes the eclectic tone of the album. Hypnotic with a hint of mystery, it’s a great start! “Twilight,” features guitar, dotar (a simple Indian lute), flute, cello, tabla, cajon, and bass. The gentle finger-picking style on guitar gives the piece a very relaxed and contented feeling that is enhanced by Friesen’s soulful cello. “Celtic Heart” is a favorite. Guitar, cello, bass and percussion combine to create a folk feeling that overflows with emotion and passion. Darker than most of the other tracks, it really sings! “Sol Rising” goes in the other direction with a song of joy and new beginnings that lifts the spirit and lets it soar. “The Brightest Night” begins as a peaceful guitar solo and gradually evolves into a guitar/cello/violin trio with supporting percussion. I really like this one, too! “Under the Orion Sky” would be perfect in a film showing open fields or meadows or any kind of peaceful, serene setting. Love it! “Full Moon” picks up the tempo and energy level tempered with a haunting, mystical quality. Guitars, flutes, violin, tabla, cajon, and fretless bass cast a hypnotic spell. “Cascading” is just Boston and his guitar, with dotar adding occasional embellishments (also Boston). Peaceful serenity at its best! “Waves” was recorded on the day of the Japanese tsunami (3/11/11) after watching videos of the massive destruction. Intense yet very beautiful, this piece is dedicated to the memory of guitarist Michael Hedges. The last track on this exceptional album is the title track. Guitars, bass, Snatam Kaur’s elegant voice, violin, and light percussion soothe and uplift, leaving the listener refreshed and with a sense of well-being.

Todd Boston has created a wonderful musical journey for everyone who loves soulful guitar and world music styles with substance and beauty. Touched By the Sun is available from www.toddboston.com, Amazon, iTunes, and CD Baby. Highly recommended!
June 26, 2012
This review has been tagged as:
Guitar musicZMR Winner
Todd's Website Todd's Artist Page on MainlyPiano
Album Links
Amazon (referral)iTunes
This site contains affiliate links to products. We may receive a commission for purchases made through these links.
More reviews of Todd Boston albums 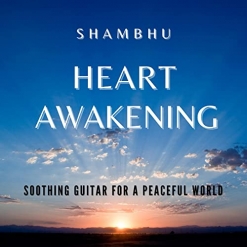 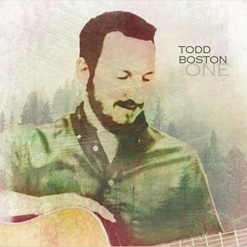