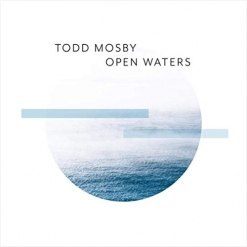 Todd's Website Todd's Artist Page on MainlyPiano
Album Links
Amazon (referral)iTunes
This site contains affiliate links to products. We may receive a commission for purchases made through these links.
Open Waters
Todd Mosby
2019 / MMG Records
51 minutes
Review by Kathy Parsons
Open Waters is the fifth album from Todd Mosby, an artist whose creativity knows no bounds. The album was produced by Will Ackerman, founder of Windham Hill Records, who calls it “the best project I have been involved with.” With all of the music luminaries Ackerman has worked with over the years, that’s quite a statement! Ackerman further states: “Todd Mosby is the most unique sounding guitarist I have ever worked with, nobody does what he does.” Open Waters is a concept album based on the legend of Atlantis - Plato’s story of the destruction of the ancient civilization and what survivors might have felt as they escaped in ships heading westward. The music itself is impossible to categorize, utilizing elements of jazz, pop, new age, folk and Indian music. The CD includes an eight-page booklet with information about the music, photos of Mosby, and a short poem for each piece.

Open Waters begins with “Drifting,” a duet with Michael Manring that borders on ambient while evoking images of stars reflected on calm seas as “dreams float in tempo.” Smooth and hypnotic, “Atlantica” is named for the mythical land (Mosby’s muse) and is quite a bit jazzier. The title track picks up the tempo as well as a sense of adventure - we’re underway! A lively and playfully upbeat toe-tapper, “Coming About” presents an intriguing dialog between acoustic guitar, electric Imrat guitar and violin (plus vocals, piano, drums and percussion) - sure to bring a smile! “A New Land” is a beautiful acoustic piece that includes Fiona Joy on piano. Gentle and calming, it’s a favorite. “Western Sky” is the only track with lyrics (written and sung by Lola Hennecki), and is a wistful love song with a smooth jazz vibe. “Dolphin Song” also features Charlie Bisharat and Fiona Joy, but is mostly a gentle, melodic acoustic guitar piece - also a favorite. “Island Song” has a light and breezy air that refreshes as it soothes. “So Far Away,” a is warm and dreamy guitar solo (acoustic), is the only solo on the album. “Sea of Joni” brings this excellent album to an upbeat, toe-tapping close while overflowing with joy and optimism.

Open Waters is musical adventure you won’t want to miss. It is available from www.ToddMosby.band, Amazon, iTunes and CD Baby as well as many streaming sites.

August 19, 2019
This review has been tagged as:
Guitar musicKathy's Picks
Todd's Website Todd's Artist Page on MainlyPiano
Album Links
Amazon (referral)iTunes
This site contains affiliate links to products. We may receive a commission for purchases made through these links.
More reviews of Todd Mosby albums 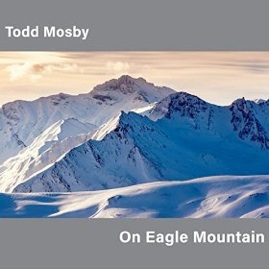 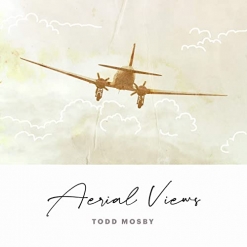 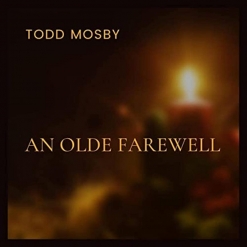