Yanni's Website Yanni's Artist Page on MainlyPiano
Album Links
Amazon (referral)iTunes
This site contains affiliate links to products. We may receive a commission for purchases made through these links.
The Dream Concert
Yanni
2016 / Portrait Records
54 minutes
Review by Kathy Parsons
The Dream Concert: Live From the Great Pyramids of Egypt is the result of a 22-year effort by Yanni to play near the base of the Sphinx at the Great Pyramids of Egypt, the last of the Seven Wonders of the World that remains today. I watched the video before listening to the CD, and absolutely loved it. I have always felt that Yanni is one of the most charismatic performers in the world, and even above that, he is one of a very few who so clearly embodies the absolute joy of making music. I think the only time his smile faded just a bit was when he introduced “Felitsa,” his tribute to his late mother. Anyone who ever saw her brilliant smile and the pride on her face at some of Yanni’s earlier concerts has to feel at least a twinge of sadness that she is gone - but one of Yanni’s most beautiful pieces is a living tribute to her.

The concert DVD is a pure joy from the first note to the last. There are many stunning shots of the pyramids and a magnificent fireworks display later in the concert. The music is a mix of eleven Yanni classics and one new one - most of which are very lively and energetic. The exact same pieces are on the CD and in the same order. Both discs also include a message from the International Space Station. Actually, I think the discs are identical other than for the visuals on the DVD. This is both good and not-so-good. There is a huge amount of crowd noise and enthusiastic cheering that adds to the magic of the DVD, but is noisy on the CD. The music comes through very clearly, but the cheering goes on through much of the music. When the fireworks start, again, they add excitement to the DVD, but it almost sounds like Yanni is performing on a battlefield! If you haven't seen the DVD, this could be a bit of a jolt!

Yanni holds the record for the most #1’s in Billboard’s New Age category, racking up 40-plus platinum and gold albums with sales of over 25 million. Truly a global artist whose music speaks to audiences all over the world, Yanni’s career has now spanned more than 30 years, and he hasn’t lost any of the magic of his live performances. The DVD captures that magic and clearly demonstrates why Yanni continues to be such a well-loved musical phenomenon.

This is a spectacular DVD and I recommend it very highly. The CD is excellent if you don’t mind the crowd and fireworks noise. The package includes a 12-page booklet of photos of the concert and the area, the names of the fifteen outstanding musicians as well as production info. It’s an excellent package and I recommend it highly!

July 4, 2016
This review has been tagged as:
Kathy's Picks
Yanni's Website Yanni's Artist Page on MainlyPiano
Album Links
Amazon (referral)iTunes
This site contains affiliate links to products. We may receive a commission for purchases made through these links.
More reviews of Yanni albums 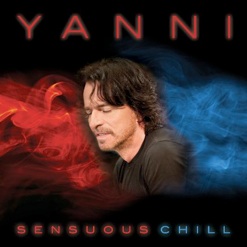 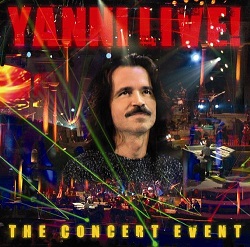