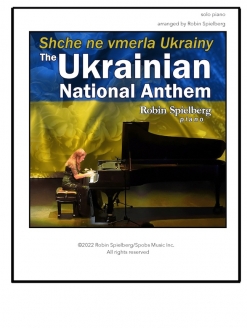 "Last week, after my piano was tuned, I sat down and learned the Ukrainian National Anthem. A large part of my family is from eastern Europe and I have visited The Ukraine——I wanted to arrange the song as a prayer. That evening, we recorded it. ... My distributor fast-tracked the release when I told them I was donating proceeds from the digital song and sheet music sales to UnitedHelpUkraine."

The sheet music was transcribed to match the recording and is at an upper-intermediate/early-advanced playing level. It is 3 1/2 pages and is in the key of Bb (2 flats). It is a beautiful arrangement that begins as a quiet but heartfelt prayer. The melody repeats in the second half of the piece and "builds to a more triumphant feeling to reflect the resiliency and determination of the Ukrainian people."

"The Ukrainian National Anthem" is a wonderful addition to your sheet music collection and you will also be donating to an extremely worthy cause. It is available from Robin's website as well as MusicNotes.com and SheetMusicPlus.com. Very highly recommended!

March 18, 2022
Robin's Website Robin's Artist Page on MainlyPiano
Songbook Links
Single ReviewMusicnotesSheetMusicPlus
This site contains affiliate links to products. We may receive a commission for purchases made through these links.
More reviews of Robin Spielberg songbooks 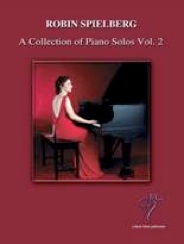 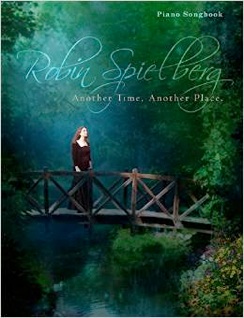 Another Time, Another Place
2015 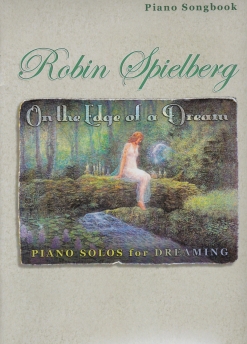