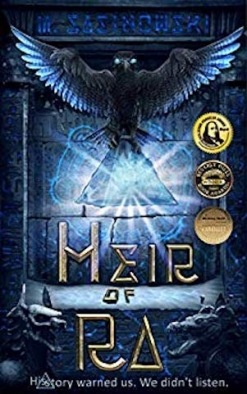 M. Sasinowski's Website M. Sasinowski's Artist Page on MainlyPiano
Product Links
Amazon (referral)
This site contains affiliate links to products. We may receive a commission for purchases made through these links.
Heir of Ra
M. Sasinowski
2018 / Kingsmill Press
Paperback 304 pages
Kindle
Review by Kathy Parsons
Heir of Ra is the first of a three-book series called Blood of Ra by M. Sasinowski. It is suggested to be a young adult (YA) novel, but I couldn’t put it down! (I’m no longer a young adult!) I was interested in reading the book because I studied a lot of Egyptian art history in college and thought it would be fun to revisit some of that - and it is! No knowledge of that part of the world or ancient civilizations is necessary, however, to easily understand and enjoy the story.

The story starts at a fast clip as it switches back and forth between various world locations and several of the characters, introducing them a little bit at a time. The two main characters, Alyssa and Paul, are young, very intelligent adults who meet serendipitously in London when Alyssa is traveling to her father’s archeological site in Cairo. Since her mother’s death, Alyssa has worked as an assistant to her father and knows his work well. After finally gaining permission to enter the ancient Hall of Records in Cairo, a mysterious illness strikes her father and several of his colleagues. From there, the story becomes a very tense and suspenseful race to find out what the illness is, how to stop it, and how to keep it from becoming a worldwide pandemic.

A few observations:
- I was delighted that all of the female characters were very intelligent. Although they were described as attractive, they were not objectified in any way - refreshing! The males were also intelligent and well-spoken without being portrayed as overly nerdy. The author obviously cares about his main characters!
- Historical facts and technological references were very well-explained without talking down to the audience. Explanations fit easily into conversations and made perfect sense.

I am very impressed with Heir of Ra and am anxious to read the rest of the series! It is suitable for teenagers on up and is exceptionally well-written. Very highly recommended! 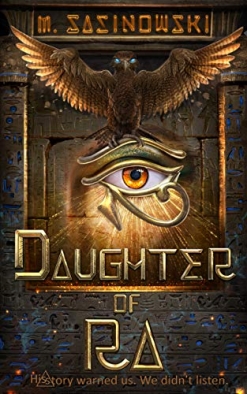 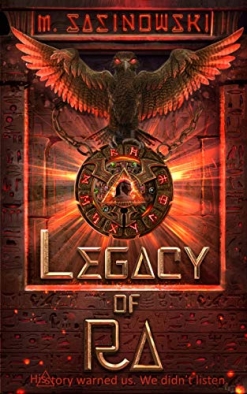