Yep - it’s still raining here and setting new records even for Oregon! I have lots of daffodils and primroses in bloom and the rhododendrons are budding up, so spring is definitely lurking somewhere around here. Other than the rain, all is well here!
Domineco Scarlatti is credited with inventing the technique of playing the piano cross-handed. He eventually got so fat that he was unable to play with his hands crossed.

The piano was "invented" in about 1709 by Bartolomeo Cristofori, who was a harpsichord builder. Harpsichords and clavichords were the keyboard instruments of the day, but they were very quiet instruments and no matter how much force the player used on the keys, the volume never changed. If you've ever listened to harpsichord music for a long period of time, you know that although the music may be quite beautiful, the sound can become monotonous - to the point of being downright irritating! There was a movement in the late 1600's and early 1700's to put a great deal of emotion into all of the arts, so Cristofori set out to find a way to put more expression into keyboard playing. How do you put expression into music? Usually by changing your speed and volume. Harpsichords have a mechanism that plucks the strings when the keys are pressed, so there is no way to change the volume. Cristofori found that by having hammers hit the strings, the amount of pressure that the fingers put on the keys changed the volume of sound that came out of the instrument. He called his invention a "pianoforte," which means "soft and loud."

Some of the ladies of Beethoven's time claimed that he did not have any rhythm while dancing.
New Reviews: It’s been a really busy month and I have lots of new items on MainlyPiano.com for you to read! New album reviews include reviews of two of David Hicken’s latest releases; a hymns album, a Christmas album and an album of original compositions by Janice Faber; jazz piano by Lisa Hilton and Tom Grant; plus traditional and contemporary classical, world music, and more! You can find them here. I also reviewed new songbooks by David Hicken, Justin Levitt and Mark John McEncroe. Those are here.
Conductor Hans von Bulow is credited with coining the "3 B's" of classical music: Bach, Beethoven, and Brahms.

Several devices have been invented over the years to automatically turn pages for pianists, but for some reason, none of them caught on.

Clara Schumann was the first performer to play Beethoven's sonatas for a concert audience. She did this in 1837, about seventeen years after the composer's death.
New Interviews: I have two new interviews for you this month. One is with David Hicken and the other is with Canadian pianist/composer Jesse Brown, an artist I became familiar with late last year. David Hicken has lots of news and updates since we last did an interview in early 2014, so check out both interviews here.
The first magazine devoted to the piano was Pianoforte, which was first published in London in 1797.

As a conductor, Peter Tchaikovsky was always very nervous and had a morbid fear that his head might fall off in the middle of a piece.

"Opera" is the plural in Latin for "opus," which means “work.”

April House Concert: Our next concert is with Bay Area pianist/composer/writer David Thomas Roberts on April 8th. I’m really looking forward to meeting David and seeing him perform live for the first time! He is a leading authority on ragtime music as well as a versatile composer and performer, so it should be a great evening. Here is the info.
The first "baby" grand piano was built in about 1860 by Henry Lindeman. He called it a "cycloid" piano. It was Steinway who began calling his smaller grands "babies."

One of Beethoven's piano students was Carl Czerny, who went on to compose many books of exercises for pianists, as well as many other pieces.

Some of Mozart’s major works were not printed until the middle and end of the 19th century - about 100 years after his death.
Jeff Lovejoy’s House Concert: Our first concert of the year was with local artist Jeff Lovejoy on March 1st. Jeff accompanied himself on keyboard as he brought back lots of memories with the songs he sang for us. It was a very enjoyable evening! Here are a few photos. 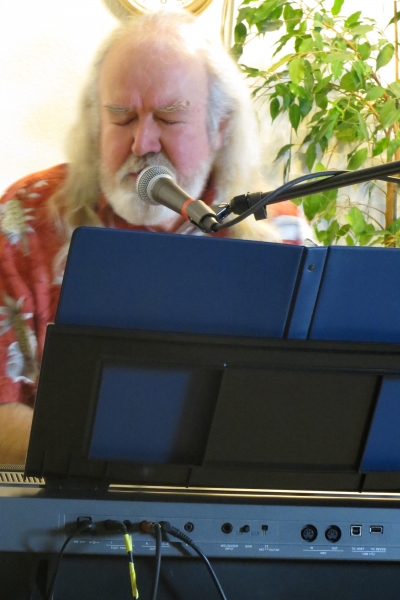 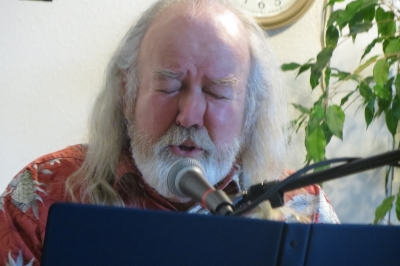 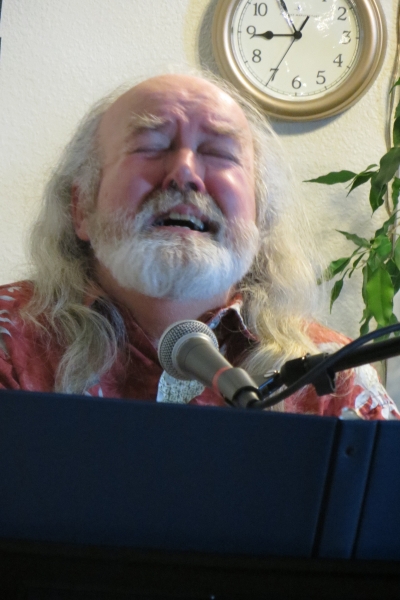 The term "recital" first appeared in print in the announcement for a concert by Franz Liszt on June 9, 1840. It was laughed at in the beginning ("how can one recite on the piano?"), but the term has lasted through the present day.

Actor Gary Oldman didn’t know much about playing the piano, so to prepare for his role as Ludwig van Beethoven in the film, Immortal Beloved, he hired several piano teachers and studied the piano relentlessly for three months straight, eight hours a day. He was also able to co-conduct the London Symphony for the film’s soundtrack.
May House Concert: Our May concert will be with Samer Fanek, a pianist/composer from the SF Bay Area whose debut album I reviewed last year and that I met at a concert in Costa Mesa in January of this year. His Wishful Thinking album was picked as the “Best New Age Music Debut Album of 2016” by New Age Music Guide. It has been nominated as “Best Neo-classical Album” and Samer has been nominated as “Best New Artist” by Zone Music Reporter, and those awards will be presented in New Orleans the weekend after his concert here. Samer’s concert will be on Saturday, May 6th. I’ll have the flyer for the concert and an interview with him shortly.
At a London trade exhibition in 1851, there was a bed with a piano built into it that would play itself when someone laid on it.

From 1832 to 1849, Chopin spent an equal amount of time teaching and composing, teaching an average of five students a day from October until May. Chopin’s lessons were 45-minutes, and he often doubled them up to cover more material. He especially enjoyed teaching his most-gifted students on Sundays.

Mozart wrote his first opera when he was twelve.

April Birthdays: A few of the April musical birthdays include:

Happy Birthday to all of you!!!
Yamaha started making articles other than pianos out of leftover piano and organ parts. In 1932, Yamaha made 4000 pianos; 20,000 organs; almost 3 million harmonicas; and 369,000 square meters of veneer; as well as mantelpieces and airplane propellers.

Happy Spring, Happy April, and have a fantastic month!

Kathy
The upright piano was invented in Philadelphia in 1800 by John Isaac Hawkins at almost exactly the same time it was invented by Mathias Muller in Germany. Hawkins was said to have also invented the ever-pointed pencil.

Jonas Chickering began as a cabinetmaker in Ipswich, New Hampshire. In 1818, at the age of 20, he sought his fortune in Boston by becoming an apprentice in one of the town's few piano-making shops. Three years later, he was in the piano-making business with a partner. He later went on to be one of the most successful piano-builders in America. 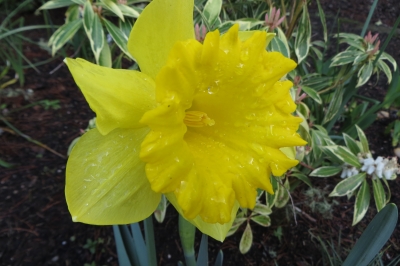 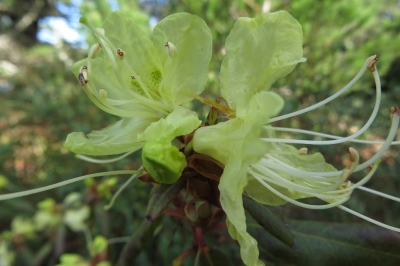 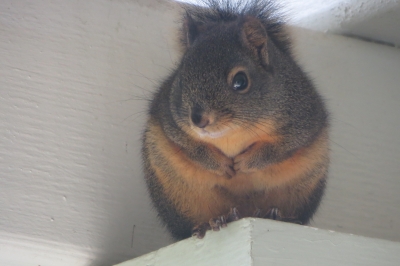 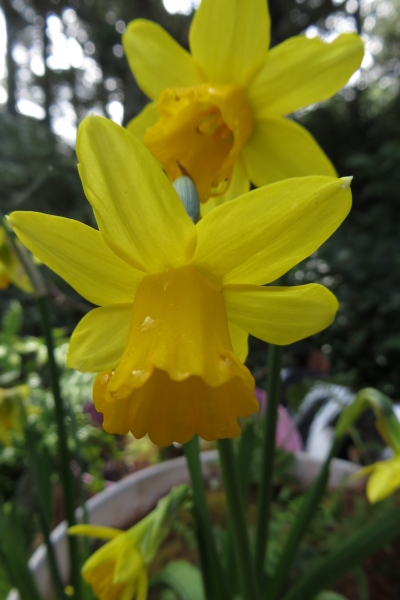