Greetings!
What a pleasure it is to finally see the sun shining! Hopefully it will stick around for a while now. We’ve had about 100” of rain since last October, and everyone around here has had enough! I’ve gotten a lot of reviewing and proofing done, but some sunny beach walks would do a world of good!
Antonio Vivaldi (1678-1741) spent most of his life as a violin teacher at a school for orphaned girls. He wrote most of his music for the students at the orphanage, which had developed an orchestra that was famous all over Europe.

Amy Beach's (1867-1944) Gaelic Symphony was the first symphonic work by an American woman. It was premiered by the Boston Symphony in 1896.

Franz Josef Haydn's wife was not musically inclined. Or maybe she was. She used to line her cake tins with the music that he wrote, and cut the paper into strips to curl her hair!

New Reviews: I have eleven new CD reviews for you this month, including a new one from George Winston called Spring Carousel. I also reviewed two new instructional books by David Hicken and an “easy” collection of pieces from Louis Landon’s three Healing Hearts albums. You can find links to them all here.
Pianoforte Magazine was the first publication to contain nothing but piano music. It first appeared in London in 1797. As a promotional come-on, each weekly issue contained a promissory note signed by the publisher. After someone had bought 250 copies, and had 250 of these notes, they were supposed to be redeemable for a "Brilliant and elegant Pianoforte, far superior to many instruments sold for 25 guineas each." It is unknown whether or not anyone was able to trade in the coupons for a new piano.

The best pianists can get as many as 200 different sounds from one piano key by changing the finger tone and pedal.

Igor Stravinsky is the only composer in the history of music to write a polka for a troupe of elephants. The first performance was billed as "50 Elephants and 50 Beautiful Girls in an Original Choreographic Tour de Force" at Ringling Brothers' Circus.

New Interviews: I have a new interview with Samer Fanek on the site. Samer’s debut album, Wishful Thinking, has already won several awards and is nominated in two categories in the upcoming ZMR awards in New Orleans. Samer will be performing his first Oregon concert here on May 6th. Here’s the link to his interview.

I will have a new interview with Summer Swee-Singh posted on May 5th, so be sure to check that one out, too. Her music is incredible!
Established in Paris in 1795, The Conservatoire National de Musique was the first modern conservatory.

John Philip Sousa's march "The Stars and Stripes Forever," is the traditional song played by circus bands as a distress signal to warn the performers that there is an emergency.

Samer Fanek in Concert: Our next house concert will be with Samer Fanek on May 6th. Here is a link to the flyer for that concert.
Chopin's Waltz Op. 64 #1 in Db is supposed to have been inspired by his girlfriend's (George Sand) dog chasing its tail.

Franz Josef Haydn taught both Wolfgang Amadeus Mozart and Ludwig van Beethoven
David Thomas Roberts’ Concert Here: On April 8th, David Thomas Roberts performed his first house concert here. He played a selection of his original piano pieces that demonstrated a broad spectrum of his music. It was a fascinating and very enjoyable evening! Here are a few photos. 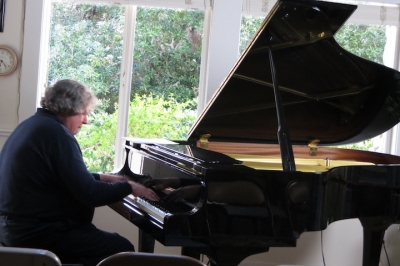 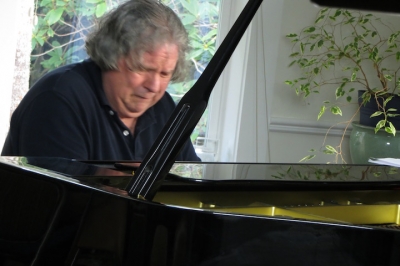 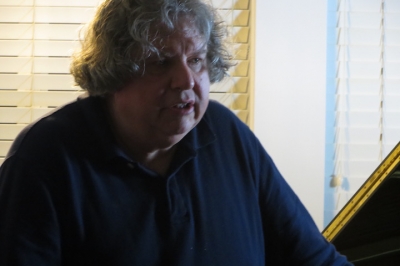 When Haydn died in 1809, there was a simple funeral since Austria was being invaded by Napoleon's troops. A couple of amateur medical students secretly stole Haydn's head, and put the skull in a little black box with a white silk cushion. They wanted to read the bumps on his head. In 1820, Prince Nicolaus Esterhazy had the body exhumed. When he discovered that the body had no head, he tracked down the thieves, and demanded it back. They had already donated it to a Viennese musical society, and gave him someone else's skull. It wasn't until 1954 that Haydn's head was buried along with the rest of his body.

Scott Joplin’s opera, Treemonisha, was finally recorded on a two-CD set issued by Deutsche Grammophon in 1993. Treemonisha is the only ragtime opera and was given its first full production in the 1970’s - long after Joplin’s death in 1917.

More Upcoming House Concerts: In June, we’ll have two concerts that should be very different from each other. Gary Stroutsos will be here on June 3rd with a world flute concert that will include Native American storytelling as well as a concert on a variety of flutes. Here is the flyer for that concert.

On June 22nd, John Paris will return for a jazz piano concert. I’ll have the flyer for that concert in another week or two.

There are still a few dates that I am unsure of, but here is the calendar as it stands right now:


Money was scarce when Johannes Brahms was growing up. As a young boy, he supplemented the family income by playing the piano in seedy bars and taverns in the dockyards. He reportedly didn't enjoy it very much.

Peter Tchaikovsky, composer of The Nutcracker Suite, didn't start to study music seriously until he was 21.

May Birthdays: Here is a list of some of the piano-related May birthdays:

Happy Birthday to all of you!
French composer Jean-Baptiste Lully's career came to an abrupt end in 1687 when he died of a stubbed toe. Lully always beat out the timing to his music on the floor with a heavy staff. One day, in the middle of conducting a piece for the king, he bashed his toe so severely that he developed gangrene and died at the age of 54.

John Cage won $6000 in 1958 for answering questions about mushrooms on an Italian television show.

That should do it for this month! Happy Mothers' Day to all of the moms! Have a great May!!! 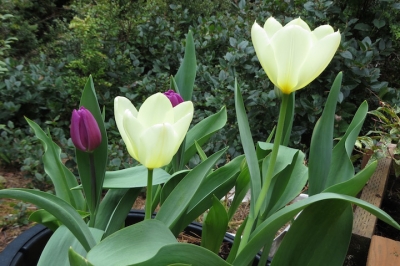 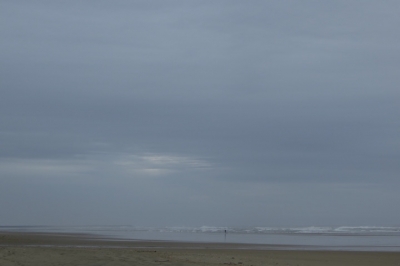 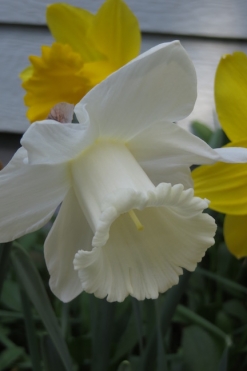 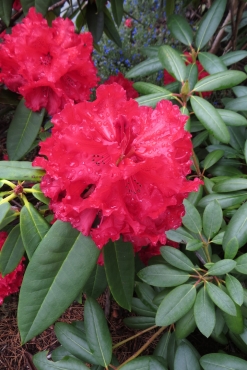