Greetings on this 4th of July weekend!

June has been a very busy month. Mom fell on the beach and broke her wrist mid-month and also injured her hip (not broken, thankfully!), so I’m running a little behind-schedule with reviewing. Hopefully I can catch up in the next couple of weeks. Thanks for your patience if you are waiting for a review or interview!
In 2006, the British pianist Stanislav Yovanovitch visited Harbin, a city on the Northeastern spur of China for its annual music festival. During his time there, he joined 1,000 fellow players in a mass rendition of Schubert's "March Militaire" in the city square. The event set the world record for most pianists playing one piece at the same time. That concert was one of the items the city listed on its résumé (along with being home to the country’s oldest symphony orchestra) to help it win an official recognition as “Music City” from the United Nations.

In 1900, there were 7000 piano manufacturers in America, including families who made pianos in their homes. One out of every six people in America was involved in some aspect of the piano business.

New Reviews: As I mentioned, I didn’t get as many reviews written as I would have liked in June, but there are eleven new reviews on the site. it’s quite a mixed bag this month, and there are some real gems! Check ‘em out here.
The flashy Hungarian pianist Balazs Havasi, is known for pushing limits. He has produced crossover albums with pop stars, spoken at TED conferences, and on November 29, 2009 attempted to set the world record for the fastest fingers on a keyboard. The nimble pianist was able to play a single note 498 times in one minute (that’s faster than eight times per second) to capture the record for most key hits in 60 seconds.

The Chickering Piano Factory, which was completed after Jonas Chickering's death in 1853, was the second largest building in America at the time. (The White House was the biggest.)

Upcoming House Concerts: We have two house concerts coming up in July. The first is a solo piano concert with Louis Colaiannia on July 13th. Here is the link to the flyer. The second concert is with Edmond Paul Nicodemi on July 29th. I’ll have that flyer done this coming week. Ed’s wife, Carol, will probably add some vocals to the piano, so that will be fun!

I’m really looking forward to the two concerts in August, too. Tom Grant will be making his first appearance here on August 10th, and Dan Chadburn and Tom Nichols will be doing their annual concert to benefit the Oregon Coast Humane Society on August 26th. The full list of concerts for the rest of the year is here.
Francis Hopkinson of Philadelphia published his Six Songs for the Harpsichord or Pianoforte in 1787, and claimed to be the first native American to produce a musical composition. He dedicated the pieces to George Washington. Hopkinson also designed the original American flag, and was one of the signers of the Declaration of Independence.

Polish architect Daniel Czapiewski created a grand piano that weighs nearly two tons and measures 20 feet, making it the biggest grand piano in the world. It is called "Stolëmowi Klawér" and was unveiled in January 2011. 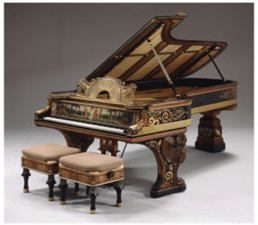 One of the most expensive pianos ever sold is the Alma-Tadema Steinway, and was built in 1884. It was built for Henry Marquand, founder of New York’s Metropolitan Museum of Art, and was a collaboration of British artist, Sir Lawrence Alma-Tadema and some of the finest painters, woodworkers, and decorative artists of the day. Details include hand-carved lion-shaped legs; a lid inscribed in Greek with the names of Apollo and the Muses; ivory, coral, and mother-of-pearl inlays; a miniature painting above the keyboard; and a brass lyre at the back. It’s original price tag was $1200. It sold for $1.2 million at a London auction in 1997!!! It is now considered to be the 7th most expensive piano in the world.

Gary Stroutsos Concert: We had such a great response to Gary Stroutsos’ June 3rd concert here that we added a second concert the following afternoon. Gary brought a large collection of his flutes from all over the world (including a Hawaiian nose flute!) and performed with most of them. He also told stories about the music and gave a history of the flutes. Both concerts were wonderful! Here are a few photos: 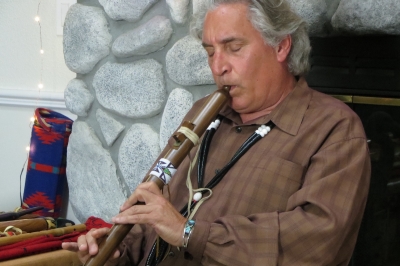 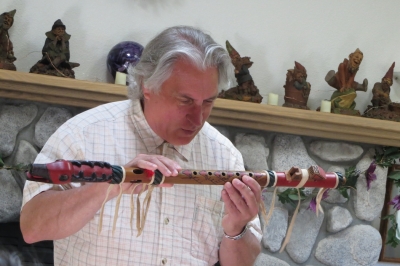 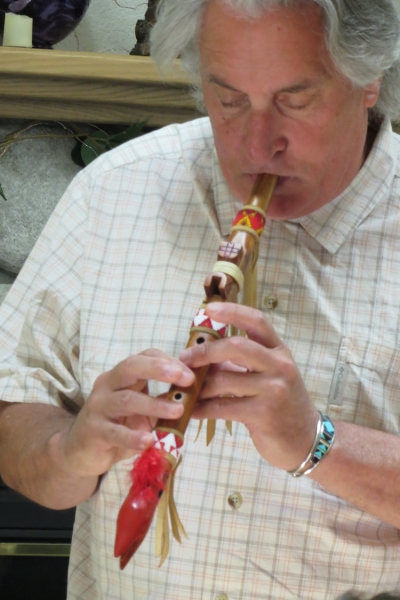 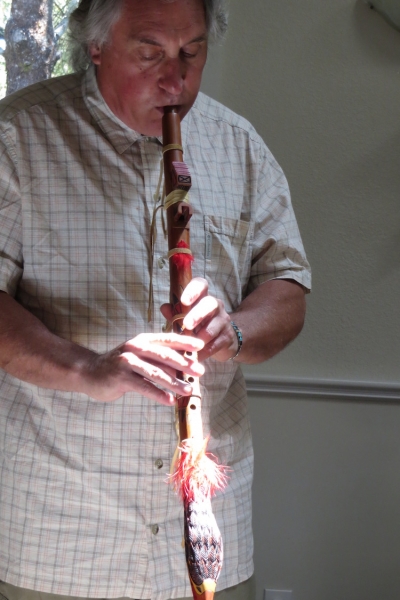 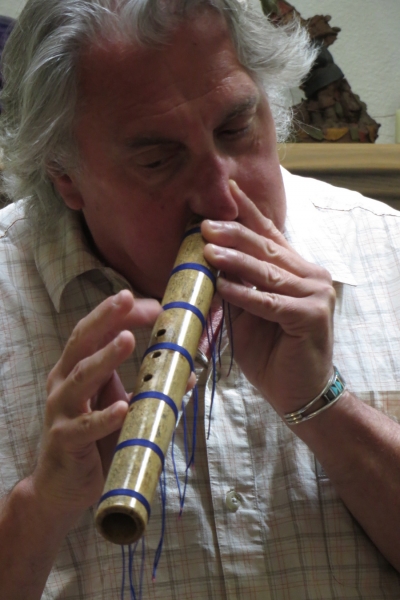 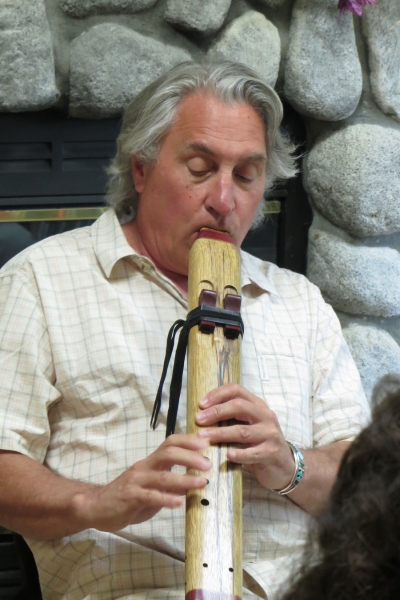 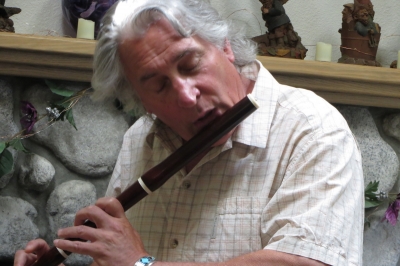 John Paris Concert: John Paris performed a great concert here on June 22nd. He played many of the tracks from his brand new album, Jazzy Kid Songs (review coming very soon!) as well as some older favorites. It was really fun to hear a new take on songs we all grew up with! In the second set, John performed a wide variety of pieces on his accordion, including a fantastic medley of Henry Mancini songs. Then he finished up with some more solo piano. John’s concerts are always a treat! Here are some photos from that one: 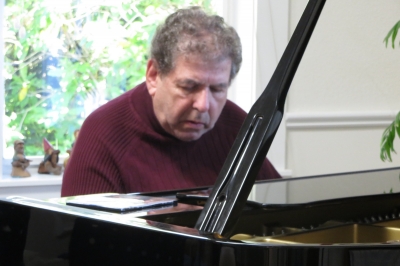 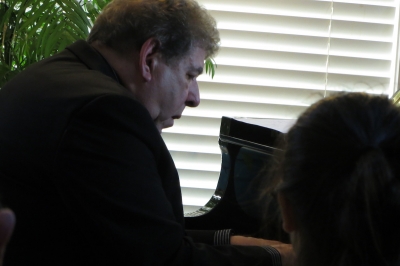 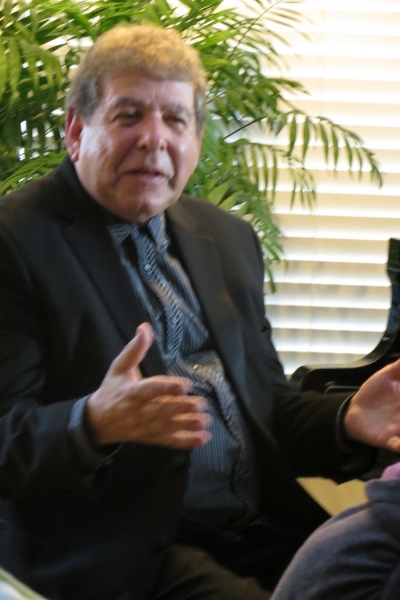 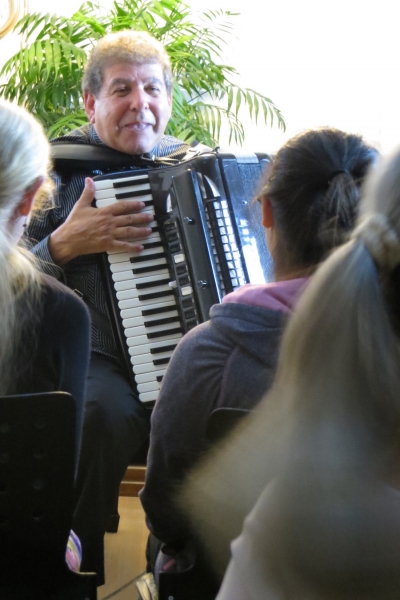 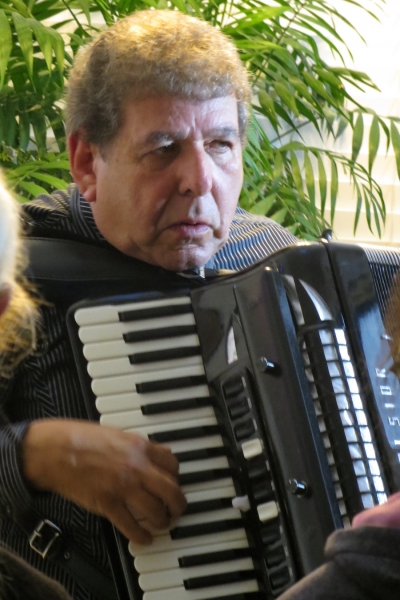 On December 17, 1825, Alpheus Babcock, an American, was granted a patent on a complete iron frame for a square piano. Babcock was never able to derive much profit from his important invention.

Happy Birthday, y’all!
The Wheeler and Wilson Co. of Connecticut experimented with a combination sewing machine and miniature organ. A woman was supposed to be able to sew and play music at the same time.

At Dolly Madison’s request, a piano was purchased specifically for the White House, but it was destroyed when the British burned the building during the War of 1812.

In what has to be one of the stranger uses of a piano, Swiss sculptor Jean Tinguely created his "Homage to New York" from an old piano and other junk. It was meant to satirize modern technological civilization, and blew itself up at the Museum of Modern Art in New York in 1960. It obviously didn't operate as planned and caused a fire at the museum to the horror of many distinguished guests and patrons.

Oh, and I know you want to know what the most expensive piano in the world isI It's the Heintzman Crystal piano which sold in 2009 for $3.2 million! 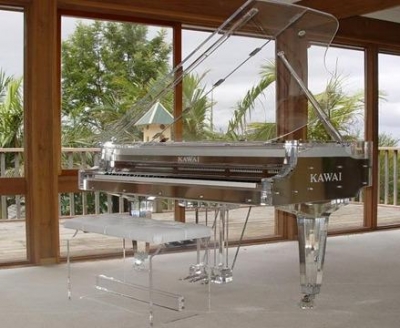 A recording of a Bach prelude played by pianist Glenn Gould was placed onboard the Explorer mission to prove the existence of intelligent life on earth.

The most prolific, versatile, and ingenious piano-inventor that ever lived was Jean-Henri Pape. He took out as many as 137 patents. His most useful ideas were the use of felt for covering piano hammers, and the device of cross-stringing the piano strings. He designed the "console" piano, a round piano, an elliptical piano, and a hexagonal piano. He also developed a piano that used springs instead of strings.