Greetings and Welcome to the Second Issue of Pianotes for 2018!

Another very busy month has come and gone, but I’m finally getting at least somewhat back on schedule with reviewing. That’s one of the good things about a very rainy, windy month on the Oregon Coast! Hopefully I can get back to more interviews, etc. as well for next month. In the meantime, I hope you will enjoy this issue!
People in Mozart's time believed that regular bathing was unhealthy and used perfumes to cover up their body odors. One bath every six months or so was considered to be enough, so the stench in a crowded room must have been overwhelming!

Arthur Rubinstein was the best-selling classical pianist in history. He made more than 200 recordings which sold more than 10 million copies.

A Small Heads Up: I did a system upgrade on my computer a few days ago, and for some reason it totally messed up my Pianotes and Concerts email lists. I think I got them reconstructed, but if you get two notices or didn’t get one at all (and only saw this on Facebook), please let me know so I can fix it. Apple just ain’t what it used to be!
A drop of a half step in a piano's pitch (for example, from C# to C), causes a drop in the total tension on the piano of about 5,000 pounds.

The pianoforte made its public debut in England on May 15, 1767, between the acts of the play "Begger's Opera."

During the early years of the 19th century, musicians raised the basic pitch of all music. Mozart's "A" is said to have been equal to 421 vibrations per second, but by 1828, the London Philharmonic Society was setting A at 435. The current standard for tuning is A440-445 Hz, but there is a grassroots movement to tune back to A432, a pitch many claim is more relaxed as well as more aligned and resonant with the vibration of the Earth and “universal” energy.

Favorites Lists: Michael Debbage and I both have our lists of Favorite Albums for 2017 on the site now. You can access those as well as Favorites lists that go all the way back to 1998 here. Joseph Akins will be joining us with his Favorites for 2018 next January.
The first performance of a musical composition is its "premier." The first performance of a musician is his or her “debut.”

Van Cliburn won an international piano competition in Russia in 1958 and became a national hero. His recording of the Tchaikovsky Piano Concerto topped the pop album chart for seven weeks.

New Reviews: There are eleven new album reviews on MainlyPiano this month and I also reviewed five new songbooks. Album reviews are here and the songbook reviews are here.
The word "Orchestra" comes from the Greek word "orcheomai," which means "to dance."

On the average recording of a well-prepared classical musician playing difficult music, there can be as many as 200 to 600 "edit points" (mistakes or flaws) in a sixty-minute program. A producer who has worked with some of the finest musicians in the world (Vladimir Horowitz, Itzak Perlman, etc.) says he has never produced a recording with fewer than 100 "edit points.”

On a good modern piano, a note can be repeated six times per second.

New Interview: The first interview for 2018 is with Unleashed Dreams, a duo from Canada who released their first album, Dare To Dream, a few months ago. Here’s the link. I hope to do interviews with Ovidio De Ferrari and Elias Haddad in the coming month, so be on the lookout for those!
There are more than 500,000 hymns in existence. The most-prolific hymn-writer was Fanny Crosby (1850-1915) who, although blind from the age of six weeks, wrote about 8000 hymns. Charles Wesley (1707-88) wrote about 6000.

The first time a so-called “psychedelic” light show was coordinated with a live performance of music was the world premiere of Alexandr Scriabin’s “Poem of Ecstasy” in New York in 1908. Colored lights were reflected on a screen behind the piano in the huge orchestra.

The piano produces the widest range of sound of any instrument except the organ.

Robin Spielberg will kick off the season on Monday March 12th. What a treat! The link to the flyer for that concert is here.

Scott Cossu will be here on April 19th with guitarist Lonnie Mardis. One of the first artists signed to the Windham Hill record label, Scott’s concerts are always lively and lots of fun, and they always end with a standing ovation!

The third concert is with an artist new to Florence, Oregon. His name is Mark Kroos, and he plays a two-neck guitar. He has quite a few videos here if you’d like to see some of his work. I’m fascinated! He’ll be here on Friday, May 4th.

I have quite a few other artists I’m working on dates with including Neil Patton, Dan Chadburn and Tom Nichols, Gary Stroutsos, Michael Logozar, Joseph Akins, Joey Curtin, John Paris, Louis Landon and a few others. It’s going to be another great year for concerts! You can always check the "Concerts" page on MainlyPiano.com for the latest updates.
The Van Cliburn piano competition in Fort Worth, Texas, is one of the biggest and most important piano competitions in the world. In May 1993, Italian pianist, Fabio Bidini, was ready to perform his 75-minute recital for the semi-final round when his page-turner was nowhere to be found. An emergency replacement was enlisted who was not familiar with the music and who left her reading glasses at home! The results were disastrous. In several places, Bidini was forced to turn the pages himself, and at others, the replacement turned too soon, making Bidini play from memory. As much as I sympathize with Mr. Bidini, it must have been hysterical to watch! He was given a second chance to play the work the following day.

The country with the oldest military band tradition is Turkey, whose band dates back to the 1500’s.

Robert Schumann was not only a prolific writer and composer, but also a compulsive bookkeeper. He kept a record of 4770 letters he had received, and of 2446 letters that he had written.

February Birthdays: Here is a short list of some of the piano folks celebrating birthdays in February:

Happy Birthday to all of you!!!
Many musical pieces are named "Scherzo." It means “joke.”

When Mozart was 14, Pope Clement XIV awarded the young composer the gold cross of the Order of the Golden Spur. This made him Sir Wolfgang Signor Cavaliere Mozart.

In mythology, there were nine Muses, who were supposed to be the daughters of Zeus and Mnemosyne. Each Muse represented one of the arts. There were three who represented music. They were Euterpe, who was the general muse of music; Polyhymnia, who was the muse of sacred poetry and hymns; and Terpsichore, the muse of choral song and dance.
Well, I think that's it for this month! Have a wonderful February! I'll attach some photos below of "our" beach in January. 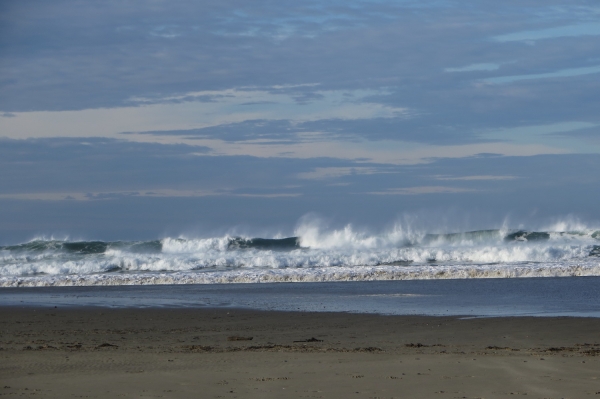 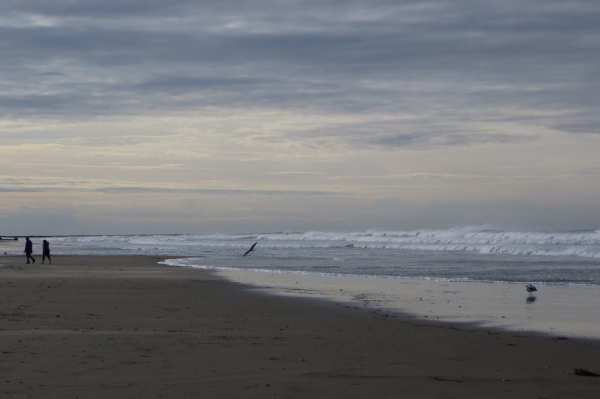 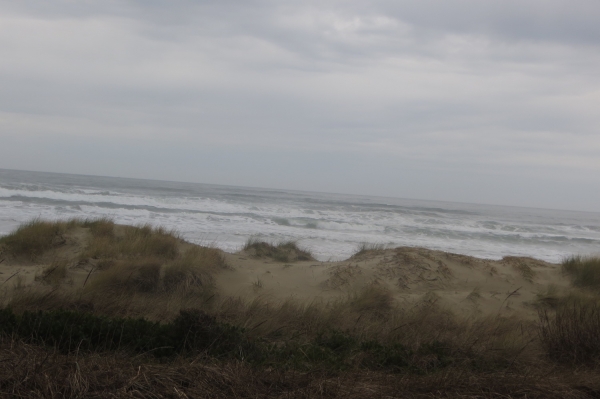 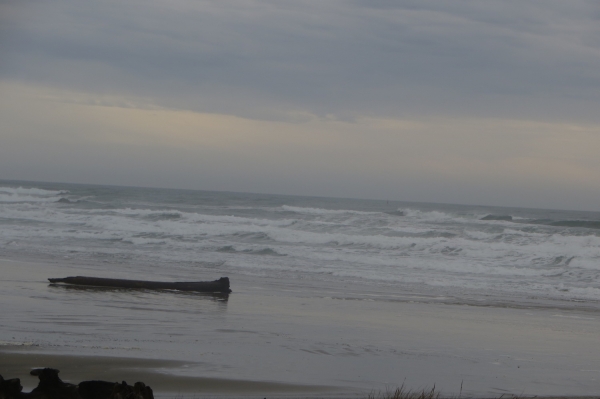