My, how the world has changed since I wrote and sent the March issue! Mom and I are doing fine and we hope all is well with you and yours, too. We’ll keep a good thought that we’ll be on the other side of all of this COVID-19 stuff by the time I send out the May issue!
The first portable piano was designed in 1800 by John Isaac Hawkins of Philadelphia. It came with carrying handles and a fold-up keyboard.

The practice of using plastic for piano keys instead of ivory really took hold when Congress banned the importation of ivory in 1973 .

Lower bass notes in music have wavelengths that are about 30 feet long.

Music Trivia: I just want to clarify that Pianotes has never been intended to be a scholarly publication. I have been collecting music trivia since I started the newsletter in 1982, jotting down interesting tidbits as I find them. Many of them are from a book called Men, Women and Pianos by Arthur Loesser and quite a few came from a book called Passion For Piano by Judith Oringer. Beyond that, they are random snippets from other books, magazines, newspapers, personal knowledge, and items people have sent me. To the best of my knowledge, they are true, but I can’t guarantee it.
The first public performance of a piano duet was on March 10, 1784. It was played by Muzio Clementi and his most-promising pupil, 13-year-old John Baptist Cramer.

The pianoforte made its public debut in England on May 15, 1767 between the acts of the play "Begger's Opera."

Herds of elephants sing to each other. Although the tones are too low for humans, other elephants can hear the songs from up to five miles away.

New Reviews: I got the chance to review some really amazing music in March, including new releases by several favorite artists and quite a few debuts. You can find them all here.

Before 1740, building harpsichords and clavichords was a sideline for cabinet-makers. After 1740, the demand for keyboard instruments grew to the point that building the instruments could become an independent trade.

Karl Philipp Emanuel Bach (son of J.S. Bach) wrote a book called "Essay on the Right Way to Play the Clavier" which was published in 1753. In it, he devoted 45 pages to the subject of ornaments and how to play them.

The term "swan song" means some kind of ending or farewell. According to ancient legend, it was thought that the swan, silent throughout its life, sang aloud in its final minutes.

New Interview: Shoshana Michel and I did an in-depth interview in March, where we talked about her excellent new album, Impressions, as well as her background. Did you know that Shoshana is an amazing ragtime pianist? I love that! Here’s the link to her interview. I have at least one new interview coming up in April, so check back and see what’s new.
Having a piano in the home started becoming fashionable in the 1790’s.

Jonas Chickering (1796-1853) was the founder of a Boston firm that would become the first major American piano manufacturing success story. Chickering's pianos earned international praise and fame, and they were the first to introduce a design change that made American pianos distinctly different from European instruments: the use of the one-piece cast-iron frame.

"The Star-Spangled Banner" was adopted as the US national anthem by Congress in 1931. Francis Scott Key wrote the lyrics in 1814, taking the melody from an 18th century drinking song called "To Anacreon in Heaven" by British composer John Stafford Smith. (Anacreon was a Greek poet associated with love and wine).
Kate Moody’s Concert Here: We were still able to gather in groups on March 1st, and had a great time at Kate Moody’s house concert here! Playing a mix of original music, a Shostakovich duet with me, and a few covers, Kate did a great job and I think everyone thoroughly enjoyed it. Here are a few photos: 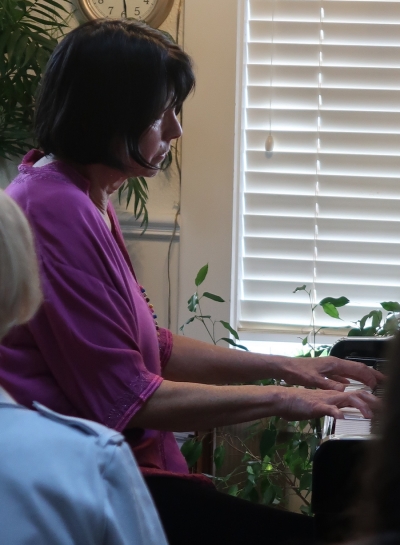 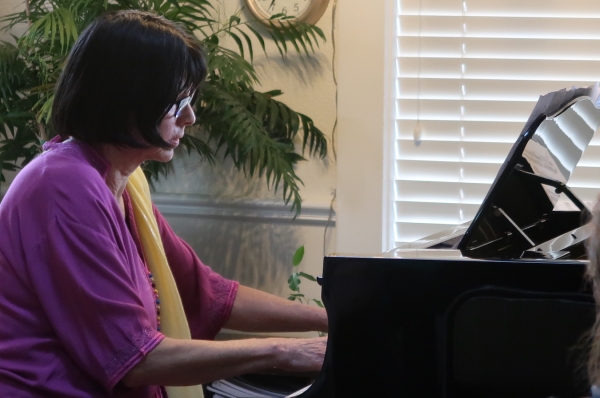 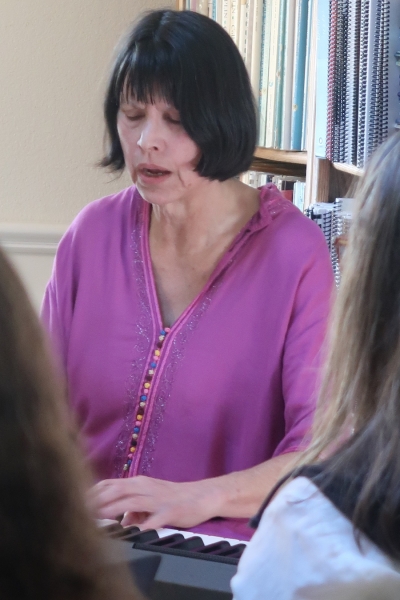 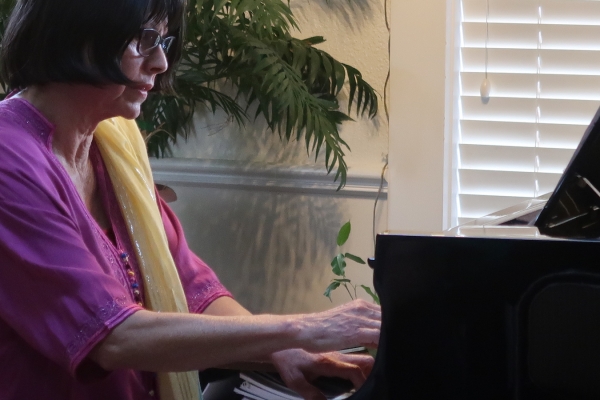 The Steinways began their careers in America working for other piano manufacturers and learning American manufacturing techniques. By 1853, they regrouped to form Steinway and Sons and began to build square pianos.

Have you ever wondered why Yankee Doodle stuck a feather in his cap and called it Macaroni? In this case, "macaroni" doesn't refer to pasta, but to a mid-18th century English social club of young men who wanted to bring the British influences to the US. The line from the song was originally intended to discredit American Revolutionaries.
House Concerts: Well, we had a great line-up of concerts for the year, but we’re having to cancel or postpone at least some of them until the quarantines are over. You can always get the latest updates here.

The first gold record was "Chattanooga Choo Choo" by Glenn Miller. It was presented on his radio program on February 10, 1942. The first gold album was the original 1949 Broadway cast recording of “Oklahoma!”

April Birthdays: Here is a partial list of some very “notable” birthdays:

Happy Birthday to all of you and remember to NOT blow out your candles this year!
Grover Cleveland was the only president to be married in the White House. He was friends with William Steinway, the head of the piano firm of the same name, who gave the couple a Steinway grand piano as a wedding gift.

By Franklin Roosevelt’s presidency (1933-45), the piano in the East Room was in need of repair, so Steinway offered to build a new White House piano as the firm’s 300,000th piano. President Roosevelt helped to design the piano, which has eagle-shaped legs and paintings on the case depicting American musical scenes.

A law in Boston permits people to serenade in the streets there anytime.

Wishing all of you a very safe, healthy and happy April! As I promised last month, here are some photos that aren't of cats. Enjoy!

The French horn was invented and developed in Germany.

The first recorded message was "Mary had a little lamb" by Thomas Edison in 1877. His assistant, Mrs. Harriet Atwood, played the piano, thus becoming the first recording artist.

In about 1720, John Walsh made punches for stamping note heads, clefs, and other musical symbols directly onto engraving plates. 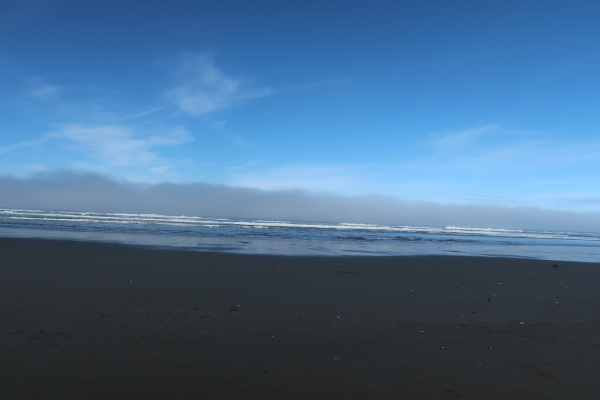 Heceta Beach in Florence, OR 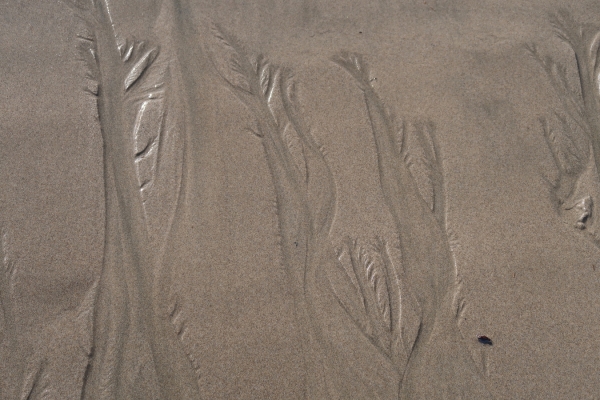 A "sand painting" done by the water on the beach. 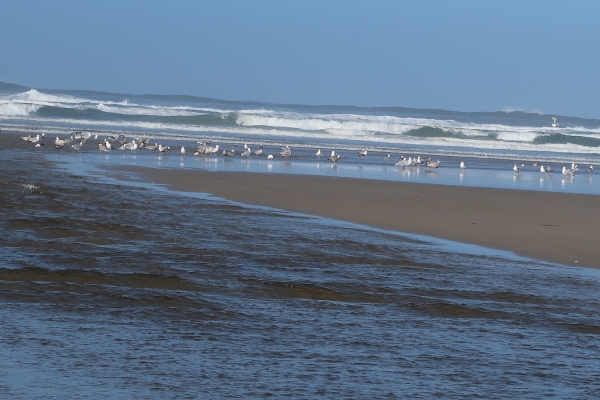 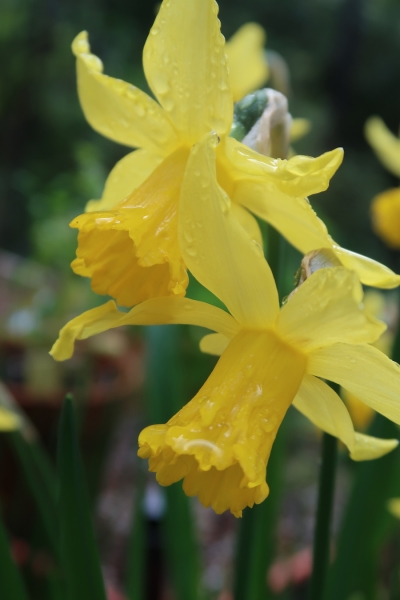 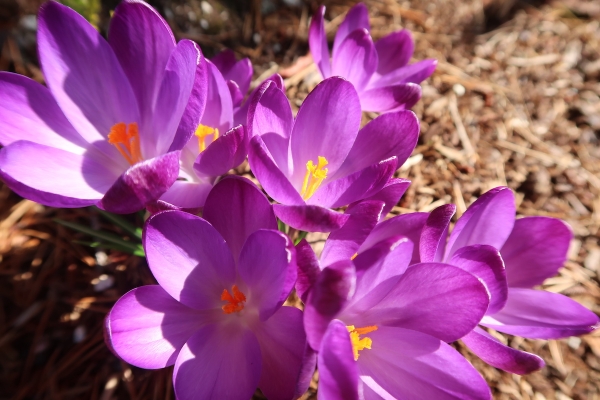 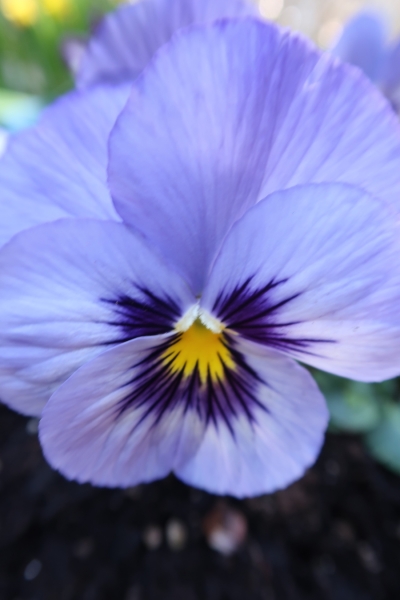 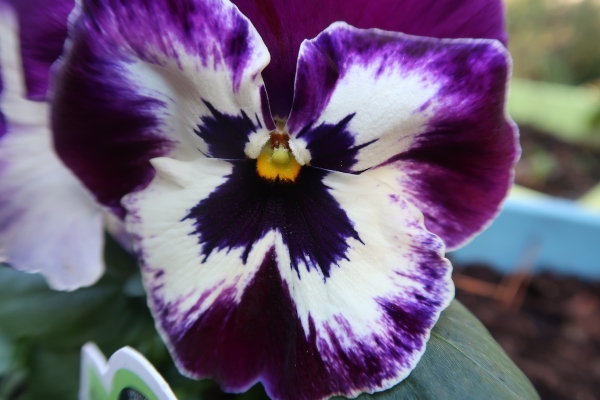 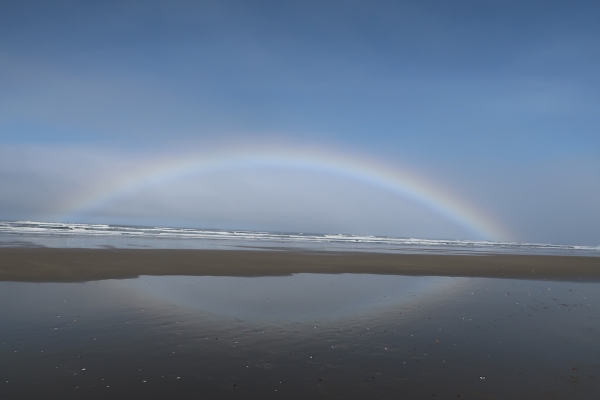 A "fog bow" (it wasn't raining!) over Heceta Beach. 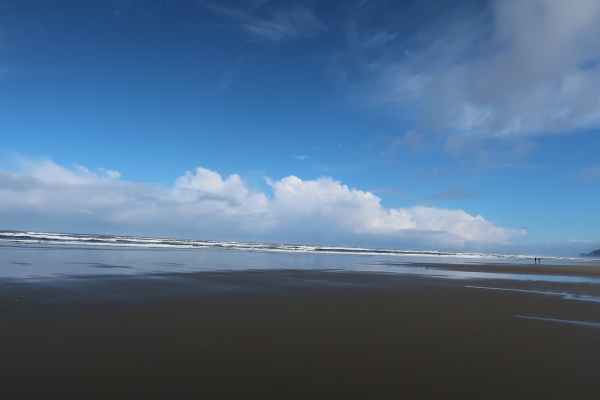