Greetings!
Well, April was certainly an interesting month, wasn’t it? Very fortunately, there are still no known or confirmed cases of COVID-19 here in Florence, OR, but most people are still taking the necessary precautions and we can still walk the beach when it isn’t raining (I used to walk the beach rain or shine, but getting soaked kind of lost its charm!). I’m sure when we come out of this pandemic, it will be with a new “normal” and many changes from what life was like prior to March 2020. I’m staying plenty busy and have been working from home for most of my adult life, so that much isn’t too different, but my heart goes out to the musicians (and anyone else) who have had their incomes abruptly cut off and tours/concerts cancelled. Music can be so healing in tough times, so take some hefty doses of it several times a day and take a moment to thank the artists who made it. Most artists can be contacted from their websites and appreciation is so healing for them!
Two Austrians took out a patent in 1824 for a concavely-curved keyboard. The idea was that a longer reach was possible on a curve.

Piano tuning was one of the first professions open to blind people.

W.W. Kimball was established in about 1865 as a maker of cheap, quick-selling pianos and organs. They eventually became the largest piano manufacturer in the world and were owned by a furniture manufacturer in Indiana. Kimball stopped producing pianos in 1996.

New Reviews: We have a truly international group of new music reviews this month! In addition to quite a few American artists, I reviewed albums and singles from Greece, Germany, Argentina and Great Britain! I’m sure you’ll find something to love there!
The piano rose to prominence in late-eighteenth century musical life because playing it became a necessary accomplishment for a growing class of women.

The word "Orchestra" comes from the Greek word "orcheomai," which means "to dance.”

The grand piano that Broadwood and Sons sent Beethoven in 1817 still didn't have any metal in its frame. Beethoven was widely known for breaking strings when he played and his pianos didn't last long without the strength of an iron frame. As more keys were added to the keyboard, the tension on the frame was increased even more. Once the iron frame was installed, the piano could withstand tension of 18-20 tons.

New Interview: This week, I had the pleasure of interviewing Will Ackerman, founder of Windham Hill Records and Imaginary Road Studios as well as an award-winning guitarist and producer. As usual, he has many irons in the proverbial fire, so we had lots to talk about. Enjoy!
In the eighteenth century, there were no keyboard tuners as such - keyboard owners and players expected to tune their own instruments or have someone on their premises who did it for them. During the nineteenth century, piano tuning gradually turned into a profession.

Until the 1790's, all of the music that was played by Americans was printed and published in England, even when it had originally been composed elsewhere.

House Concerts: Sadly, we’ve had to cancel/postpone several more house concerts. The May and June concerts will be rescheduled, but likely next year. I’m not sure about July and August yet, but we’re keeping those on the calendar for now. You can always get the latest info here.
Late eighteenth century England was the country where the largest number of pianos were built and where the commerce in piano music was the strongest. It had the most highly-developed economy in the Western world and the economy with the largest number of families able and willing to furnish their daughters with piano lessons.

The first Steinway piano was made in the kitchen of founder Henry Steinweg in Seesen, Germany, in 1836. (He changed the family name to Steinway when he emigrated to the US in 1850.)


May Birthdays: Here is a partial list of some of the musical May birthdays:

Happy Birthday to all of you!!!
Viennese pianos of the 1790’s had a range of five octaves, from F 2 1/2 octaves below middle C to F 2 1/2 octaves above middle C. All of Mozart’s and most of Haydn’s piano music are contained within this range, as is Beethoven’s music until 1804.

Seven octaves was the normal range on pianos from about 1850 until the 1890’s when an additional three notes were built into the treble, giving the piano its standard eighty-eight keys.

Wishing everyone a safe, healthy and productive May! The photos below will show that spring is trying to make an appearance on the Oregon Coast!

Kathy
"Chopsticks" was first published in Glasgow, Scotland, in 1877.

Women in Mozart's time were often prone to fainting and swooning spells. This was usually because they were cinched up so tight in corsets and had on so many layers of clothes that when they became excited they couldn't breathe, and fainted. 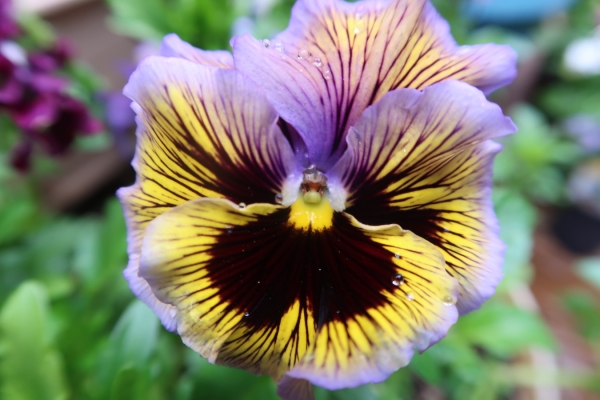 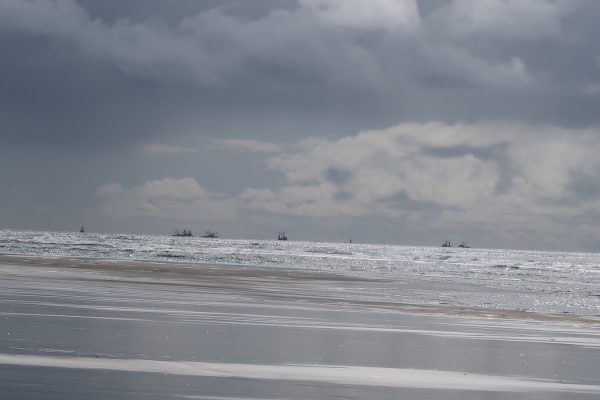 Those are fishing boats - we weren't being invaded! 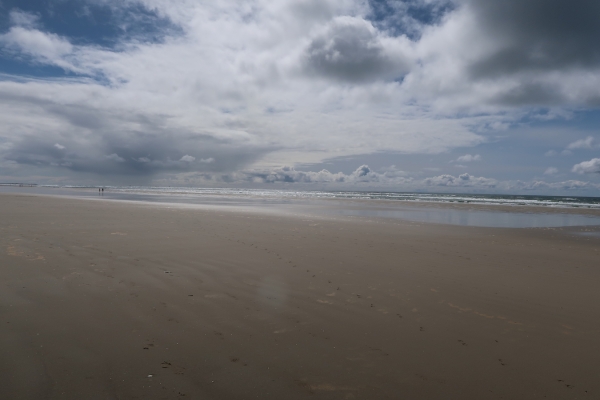 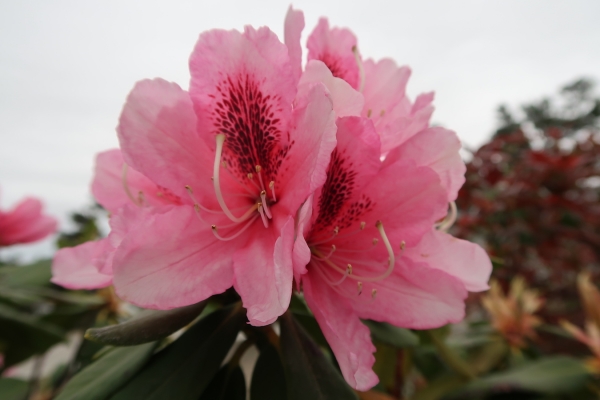 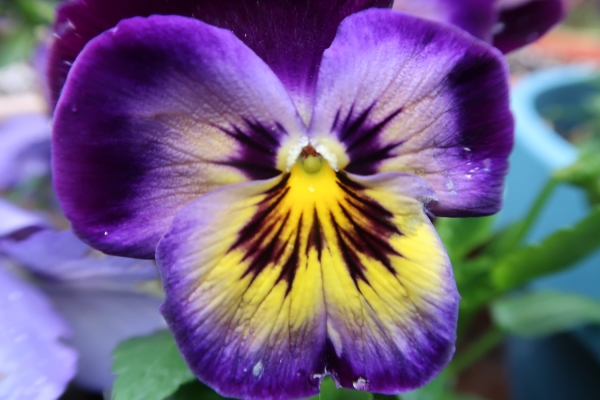 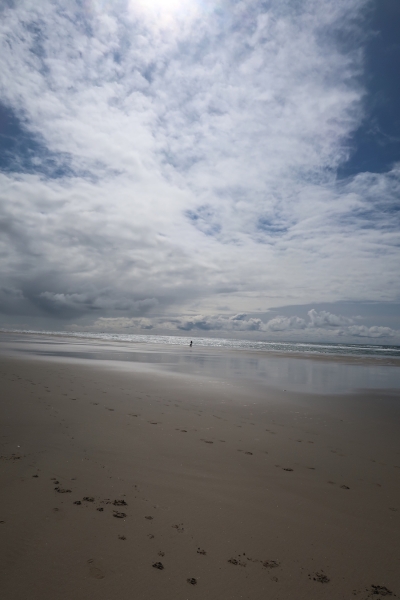 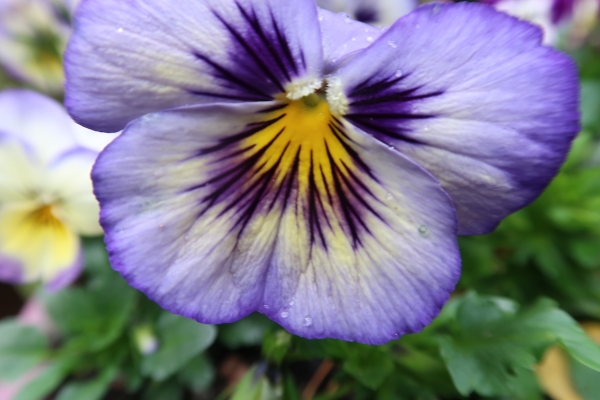 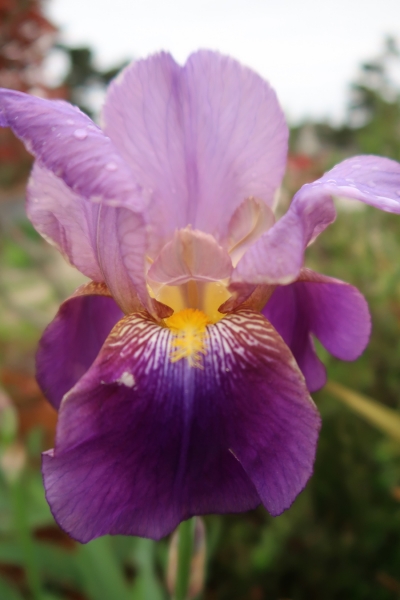 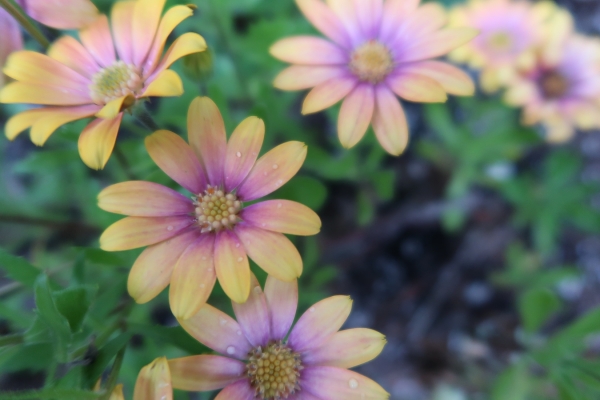 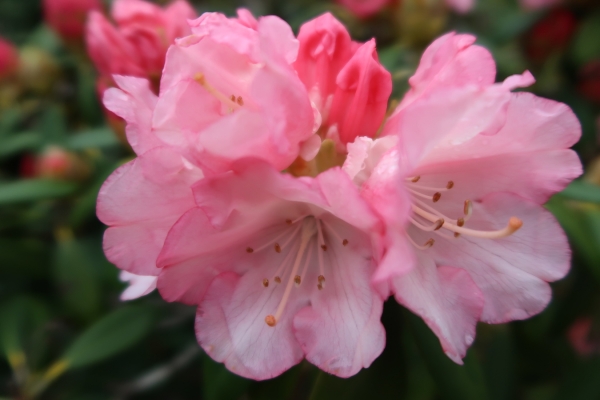 To the best of my knowledge, the music trivia and "factoids" within Pianotes are true, but I can’t guarantee it.
Read more Pianotes issues:
Full list • Next Issue: Volume 446 • Previous Issue: Volume 444