I had hoped we’d all be in a much better place by now, but that just doesn’t seem to be the case. The good news is that lots of new music is being created, quite a bit of it designed to be an antidote to all the anxiety and stress swirling around us. I hope this month’s issue of Pianotes will also bring a few moments of calm, interest and humor. Enjoy!
In the early 1900's, dime stores had sheet music counters. Pianistic salesgirls were hired to demonstrate music as well as to entertain the customers.

Many musical pieces are named "Scherzo." It means "joke."

Francis Hopkinson of Philadelphia published his “Six Songs for the Harpsichord or Pianoforte” in 1787, and claimed to be the first native-born American to produce a musical composition. He dedicated the pieces to George Washington.
New Reviews: There is quite an interesting and diverse group of new reviews this month! We have piano, guitar, synth, flute, harp, solo, ensemble, classical, blues, ambient and more! I also reviewed two solo piano songbooks and a fun book of quizzes. You can find them all here. Enjoy!
A 5-movement sonata for piano and dog was performed at a Carnegie Hall concert and on TV. It was written by Julliard-trained composer, Kirk Nurock. The sonata is an elaborate 35-minute piece composed and performed by a (human) pianist and "sung" by three dogs.

New Interviews: I posted two new interviews in May. The first was with Swedish pianist/composer Oskar Kappland and the second with Chris Nole - both amazing artists! I’ve been thinking about going back and doing some interview updates with some of the artists I haven’t interviewed for a while, so check back and see what’s new!
The singing of hymns was introduced into Christian churches by Ambrose, Bishop of Milan, in 386 AD.

Liberace had so many face-lifts that he could not close his eyes. He had to put drops in them every two hours at night to keep them from drying out as he slept.

Most of us have had problems reaching some of the notes in JS Bach's keyboard compositions. Historian Dr. Charles Burney says that Bach sometimes used a stick in his mouth to hit a key that he couldn't reach with either hand.

House Concerts: I’m sad to say that most of the house concerts for the year have been cancelled. I’m still not sure about Lisa Swerdlow on July 31st or the two concerts in September and October, but those are the only three that are still on the calendar at this time. We’ll reschedule as many of these artists as we can for next year. You can always see what the current line-up is here.
Louisa Catherine Adams, the wife of John Quincy Adams, played both piano and harp. Her piano is the earliest surviving White House piano, and is on exhibit at the Smithsonian Institution.

Dr. John Taylor deserves a place in music history as the doctor who ruined the eyesight of both JS Bach and GF Handel.

June Birthdays: Here are some of the musical June birthdays, including mine. We were supposed to have a house concert here with Pam Asberry and Cathy Oakes to celebrate my birthday, but maybe we can do that next year!

Have a great birthday, everyone!!!
When he died, Glenn Gould, one of the greatest pianists of all time, left half of his estate to the ASPCA, and the other half to the Salvation Army.

Mozart's full name was Joannes Chrysostomus Wolfgangus Theophilus Mozart. "Amadeus" is the Latin form of the name "Theophilus," which was his godfather's name. Both names mean "beloved of God." Mozart preferred the Latin name and became known as "Wolfgang Amadeus Mozart.”

I think that’s about it for the June issue. This month’s photos include the kitten I am fostering for Oregon Coast Humane Society (and plan to adopt), Smokey Joe, updated photos of Pepper and Penny, and some garden photos. Florence, OR is nicknamed “City of Rhododendrons,” and the city and surrounding areas explode in flowers of all different colors in April and May. Our Rhody Festival was cancelled this year, and the heavy rains and winds of the past several weeks really bruised up the blossoms, but it’s still been very beautiful around here.

Stay safe and healthy, have a great June, and I’ll meet you back here for the July issue!

Kathy
Bartolomeo Cristofori was the keeper of the instruments in the Florentine Court. It was previously thought that he invented the piano in 1709, but he may have built the first one as early at 1694. He had sold three of them by 1711.

As a young boy, the sound of a solo trumpet would send Mozart screaming from the room. He didn't like the sound of the flute, either. 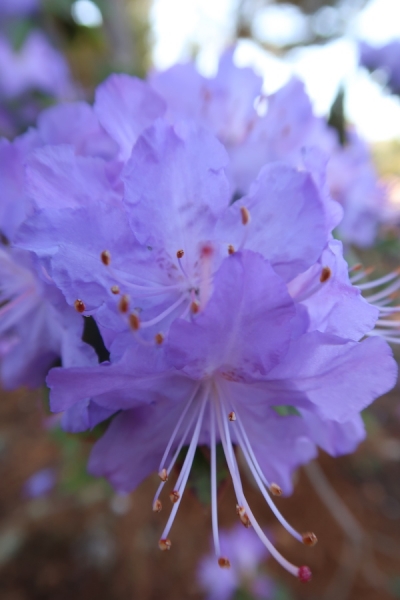 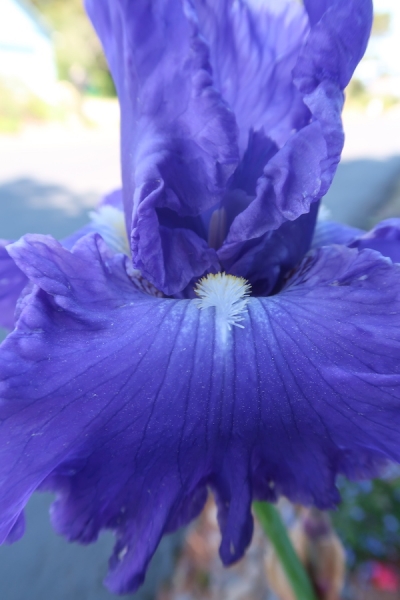 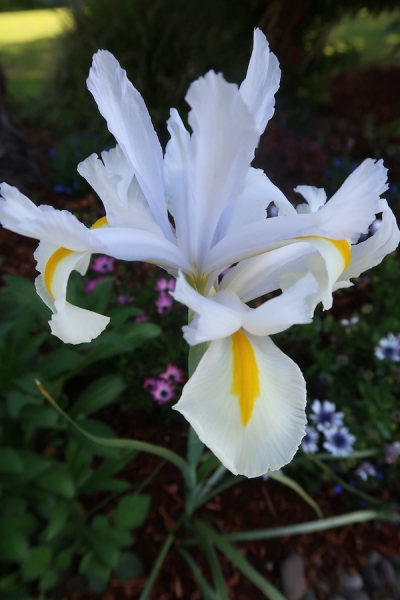 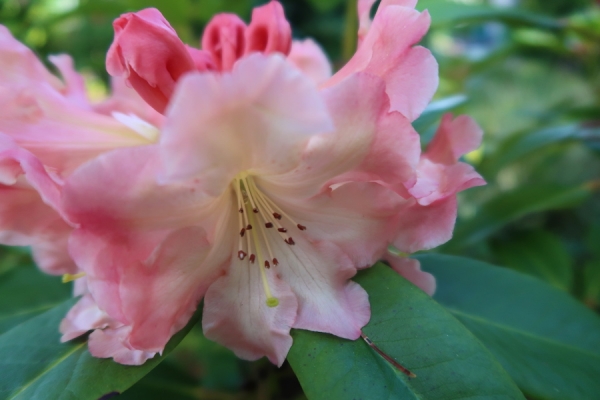 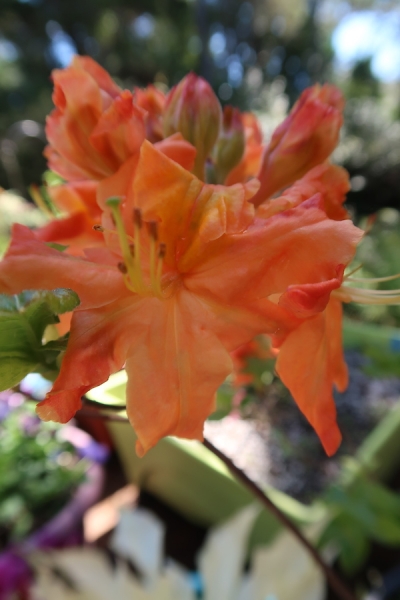 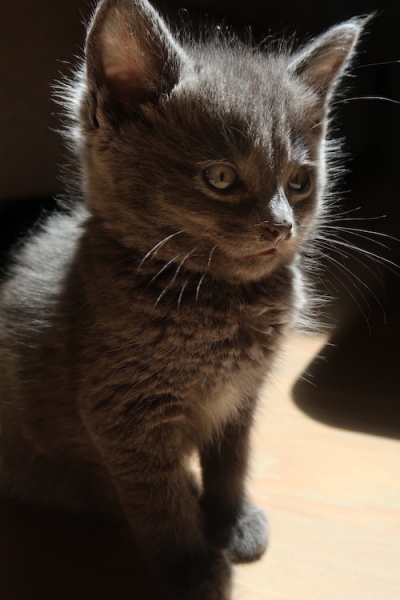 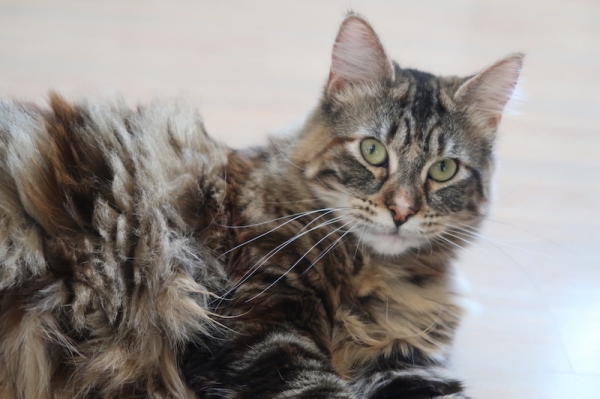 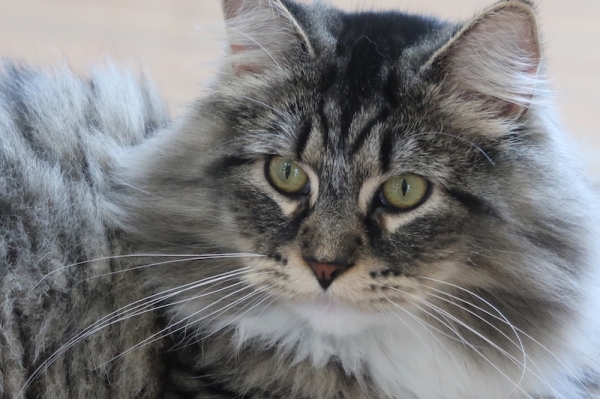 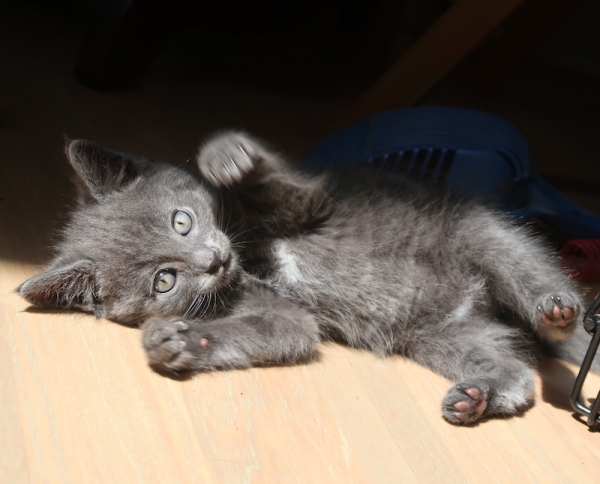 
To the best of my knowledge, the music trivia and "factoids" within Pianotes are true, but I can’t guarantee it.
Read more Pianotes issues:
Full list • Next Issue: Volume 447 • Previous Issue: Volume 445