Well, here we are again! What a strange and baffling time we’re living in! In communicating with artists in various parts of the world, it’s much the same everywhere. At least we have music to help keep the spirits up! I have some new trivia for you this month as well as my usual assortment of odds and ends. I hope you enjoy it!
In 1995, paleontologist Dr. Ivan Turk excavated a bear’s thighbone from a site in Slovenia. The femur was perforated with four holes in a straight alignment, which suggests conscious design rather than arbitrary markings. The bone flute was found in a hunting area occupied by Neanderthals. Radio-carbon dating indicates that this artifact, allegedly the oldest known musical instrument, is between 43,000 and 82,000 years old.

A surviving list of requirements for minstrels in medieval Germany includes that the musician know how “to acquit himself well as a swordsman” and that the he know how “to throw up little apples and to catch them on the point of a knife, to imitate the songs of birds, perform tricks with cards and jump though hoops.”

Blues musician John Lee Hooker’s longtime companion drove all the way from Detroit to Toledo to confront her fickle lover onstage. She grabbed the guitar from his hands and slammed it on his head. Hooker said later that he was glad he was playing a hollow-body acoustic and not his solid-body Les Paul!
New Reviews: I’ve had a fascinating assortment of music to review in July with a mix of new artists as well as some familiar favorites. It’s quite an international group this time with artists from Serbia, Australia, Brazil, Italy, Sweden and UK as well as the US. One of the wonders of 2020 is that with no one touring or performing much, LOTS of great new music is being created. Here’s the link!
In 1985, a 7-Eleven manager discovered that blasting classical music would disperse vagrants and panhandlers from the parking lot of his store. Around 150 other franchisees started doing the same thing, and the practice is now widespread!

In early 2019, Tesla CEO Elon Musk announced that his company was testing a car security system that plays Bach’s “Toccata and Fugue in D Minor” at high volume when a robber tries to break into an automobile.

The US supports 130 military bands, spending three times as much on military music as on the National Endowment for the Arts, and making military music the government’s single largest commitment to artistic performance.
Interviews: I had planned to have two new interviews for you this month, but that didn’t happen. Hopefully I’ll have at least one new one up early in August. If you are interested, there are plenty of other interviews here.
When "Rolling Stone" magazine published its list of the “100 Greatest Drummers of All Time” in 2016, only five women made the cut.

The oldest surviving poetic work in English is “Caedmon’s Hymn” by a herder named Caedmon.
House Concerts: I’m sorry to say that we decided it was necessary to cancel the remaining house concerts for the year due to the pandemic. Hopefully we can reschedule them all for next year, but we’ll have to see how the next several months go.
New Orleans gave birth to jazz at a time when it was also the unhealthiest major city in the US, with an average lifespan for African-American residents of thirty-six years.

In North Korea, you can hear pop songs called “We Shall Hold Bayonets More Firmly,” The Joy of Bumper Harvest Overflows Amidst the Song of Mechanization,” “Potato Pride,” and “I Also Raise Chickens.”

Plato ((429?–347 B.C.E.) warned against the concept of subversive music in "The Republic": “Beware of changing to a new form of music, since it threatens the whole system.” He also argued that music, used prudently, could form character and even shape the soul. 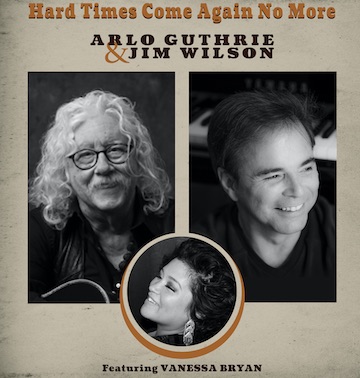 Something Special: I don’t usually single out specific reviews in "Pianotes," but I just reviewed an incredible single that is a collaboration by one of my favorite artists for many years, Arlo Guthrie, and pianist/composer Jim Wilson (also a favorite!). It’s a new version of Stephen Foster’s “Hard Times Come Again No More” and features the vocals of Vanessa Bryan as well as Guthrie’s. A new verse was created to bring the song into the current time-frame. There is an incredible video that goes with it and made its debut on RollingStone.com. The video is a mix of Depression-era photos and video of the musicians in black and white, and then the new verse brings it to full-color with much more recent photos and color video of the musicians. There are links to the video as well as single on the review page. Don’t miss this one!
Aristoxenus, one of Aristotle’s pupils, has been called the father of musicology.

For most of human history, the song was more important than the singer. Performers and composers were so unimportant that their names weren’t preserved.
August Birthdays: August seems to be another big month for musical birthdays! Here’s a partial list:

Happy Birthday to all of you!
Law enforcement agencies, transit authorities, and business owners sometimes use loud classical music to repel unwanted parties from public spaces. West Palm Beach police tested this technique on a neighborhood infested with drug dealers. The officers were amazed when there was no one on the corner at 10:00 PM. One of the detectives talked to people on the street and they said “We don’t like that kind of music.”

A large and growing body of research confirms that singing in groups - or even just listening to music - causes the release of the hormone oxytocin. This change in body chemistry makes people more trusting and more willing to cooperate with other people in pairs or teams.

A recent study of songs that made the top ten on the Billboard chart found that 92% refer to sex with an average of 10.49 "reproductive phrases" per song.

That’s all the news for this month! Stay well and optimistic, and enjoy the photos of my garden in July! 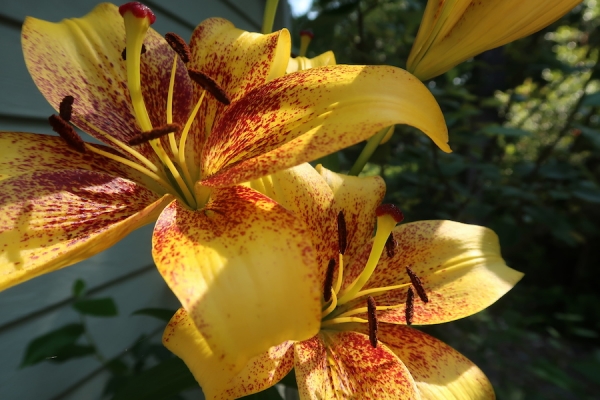 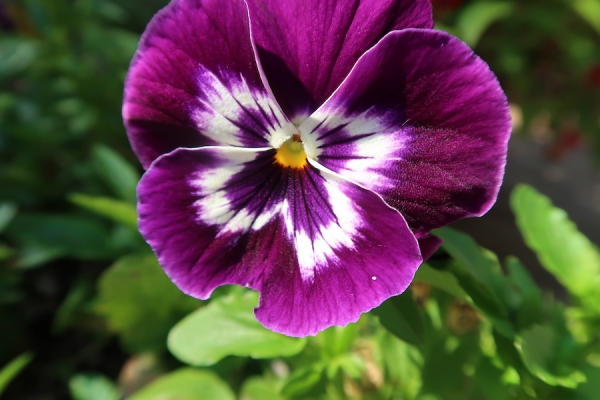 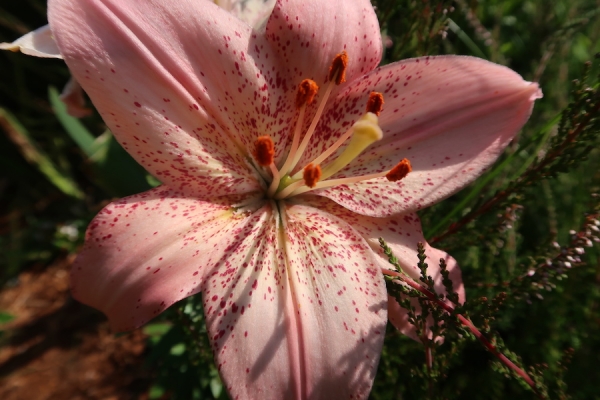 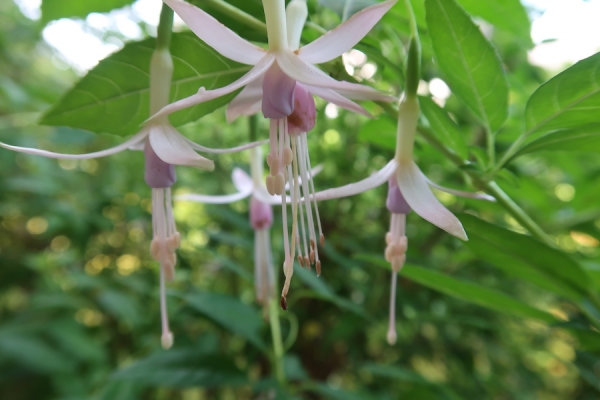 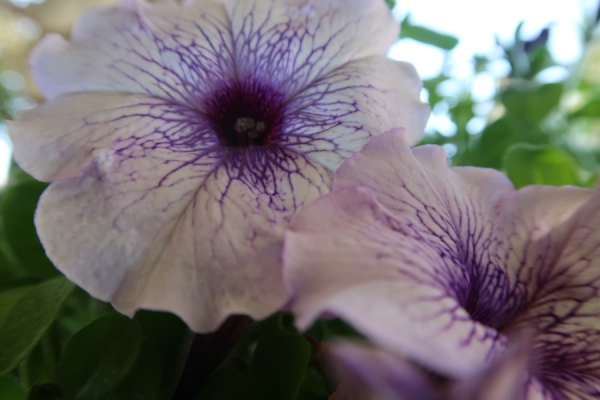 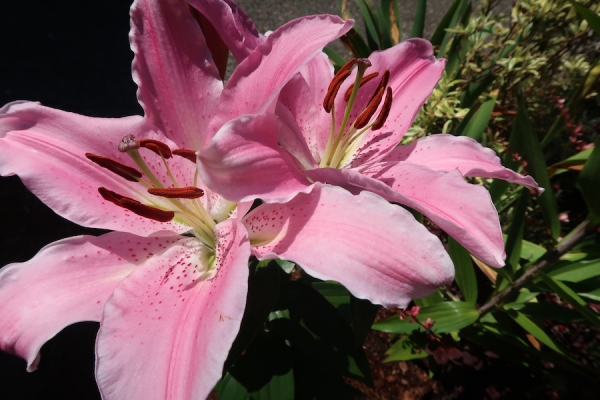 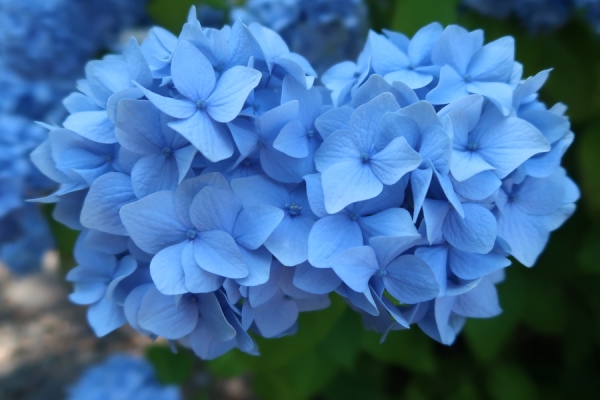 To the best of my knowledge, the music trivia and "factoids" within Pianotes are true, but I can’t guarantee it.
Read more Pianotes issues:
Full list • Next Issue: Volume 449 • Previous Issue: Volume 447