…and then it was the end of August! I hope everyone is staying well and enjoying the vast array of new music that is being created in this difficult year. I have lots of new reviews and a couple of new interviews to share with you as well as some trivia and factoids I haven’t used before. Enjoy!
Around 1900, more American homes had a piano than a toilet. Music came mostly from informal gatherings in living rooms and on front porches. Sheet music sold for a penny on street corners.

Port cities and melting pots such as New York, New Orleans, Liverpool and Venice have exerted a huge influence on music history.

Families began trading pianos for phonographs in the 1920s, and then came radio and television. Home entertainment became a passive activity only a century ago.
New Reviews: There are lots of new reviews again this month, and new music continues to come in at a record (so to speak!) pace! There are some real gems this month, including new albums from Kendra Logozar, Matthew Mayer, and Fiona Joy Hawkins. Here’s the link to all of the newest reviews.
Some of the same conditions that help to spread a disease also lead to artistic revolutions. The most significant causal factor is the close intermingling of people who come from previously separated populations or groups.

The Black Death killed much of Florence, Italy’s population in 1348, but the birth of the Renaissance is dated by many scholars to that same city in 1350.

Almost every famous narrative of “dangerous” music in the Greek cultural heritage assigned the blame on women. The beguiling Siren songs of Homer were said to lure men to their deaths. In the violent Dionysian cults, female participants were said to kill blindly while in an ecstatic trance. Almost any kind of song that contained excessive emotion - whether a passionate love lyric or the wailing lament of a mourner at a funeral - was associated with the emotional susceptibility of women.
New Interviews: I’m really excited about both of this month’s new interviews! The first is with Jim Wilson, who recently released a collaborative single with Arlo Guthrie. The second is with Serbian pianist/composer Kosta Jevtić, whose debut album, Reflections On a Journey, I absolutely love. I am hoping to have interviews with Fiona Joy Hawkins and Eric Chapelle for you next month!
Eminent Romans issued grave warnings about the emasculating danger of music again and again. Seneca the Elder fretted that the “revolting pursuits of singing and dancing” corrupted the youth, and before you knew it, they were “braiding their hair and thinning their voices to a feminine lilt.”

William IX, Duke of Aquitaine (1071-1127), is considered to be the first troubadour and set the tone for the next thousand years of Western song. The word “troubadour” is still used to describe a singer-songwriter, implying that the troubadours created a new way of singing marked by a more individualistic tone and a deeper sensitivity to the songwriter's inner life. William IX was excommunicated by the church twice for his role as a musician.

The two groups of women most closely associated with singing during the medieval period were nuns and prostitutes.
Dan Chadburn and Tom Nichols Did It Again! I was very surprised and even more elated when Dan Chadburn and Tom Nichols contacted me mid-August about taking our annual fund-raising concert, which had to be cancelled due to COVID-19, online on the same date they were originally scheduled to perform here. The concert would be live-streamed from Dan and Tom's home in Virginia on YouTube and would still be a benefit concert for our local Oregon Coast Humane Society. That concert was this past Saturday, August 29th, and was/is a HUGE success! I don’t have any final numbers yet, but Tom reported that they had taken in more than $3000 in donations, and that’s not counting donations I’ve collected by check or that have gone directly to the OCHS! Thanks so much to Dan and Tom for making this happen, and thanks so much to all who have donated!!!

If you didn’t see the concert but would like to, it’s still up on YouTube. You can use this link or just go to YouTube.com, search for Dan Chadburn, and it will take you to a menu of Dan’s videos. Right now, the concert is the third link down, but it should be obvious which one it is!

Here are a few screen shots of the concert: 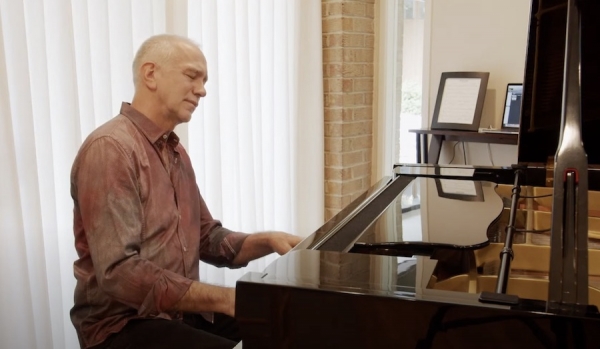 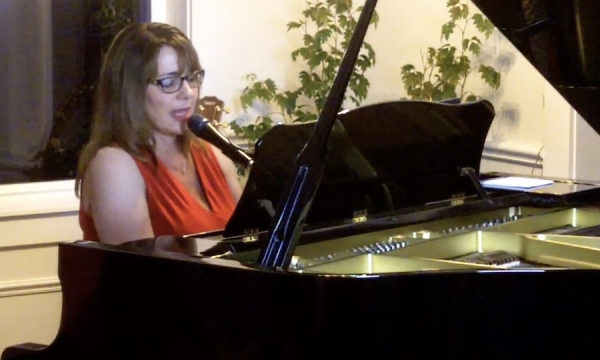 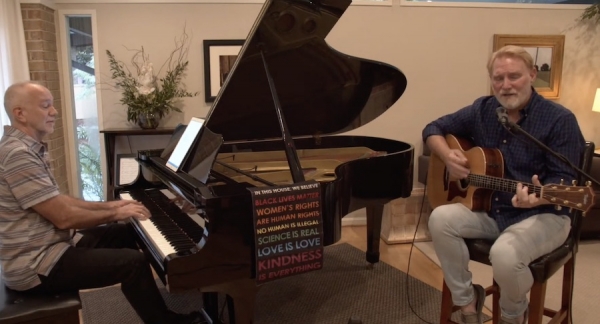 Shamanism and other forms of healing music still have their practitioners and can draw on a growing body of scientific evidence to support their use.

Recent surveys indicate that 70% of people believe that music makes them more productive and 62% rely on music to help them sleep.

Medieval musicians were often accused of sorcery. Some people even believed that the devil took on the form of a minstrel and in that guise enticed Christians to perdition with beguiling songs and dances.
September Birthdays: The biggest birthday to celebrate in September is Mom’s 90th on the 6th! I guess it will be just Mom and me celebrating, but I’ll do my best to make it special! Here are some other September birthdays!

Happy Birthday, everyone!
Even in the 20th century, wandering blues musicians in the US were accused of making deals with the devil.

The Beatles, Simon and Garfunkel, and Crosby Stills, Nash & Young all broke up in 1970 - fifty years ago!!!

Elton John, The Jackson 5, The Carpenters, and James Taylor all released breakthrough songs in 1970.

I’ll see you next time!

Kathy
Elton John’s “Your Song” was first released on Three Dog Night’s “It Ain’t Easy” album in 1970. It was released as the “B” side of John’s “Take Me To the Pilot,” but when DJs played the ballad instead, it shot into the Top 10. Still one of my favorites!

The “mother Mary” in The Beatles’ “Let It Be” actually referred to Paul McCartney’s mother, who died of cancer when he was 14. Paul’s wife, Linda, sang back-up on the track - her only appearance on a Beatles song. John Lennon apparently didn’t like the song. 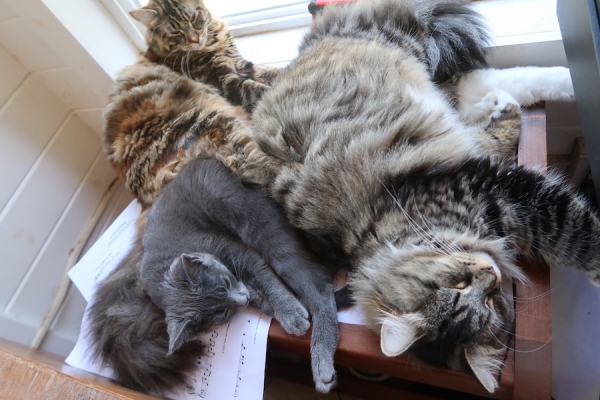 My office crew taking a break! Penny, Smokey and Pepper 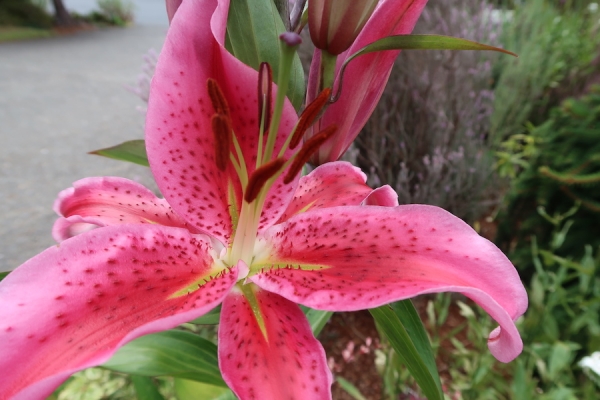 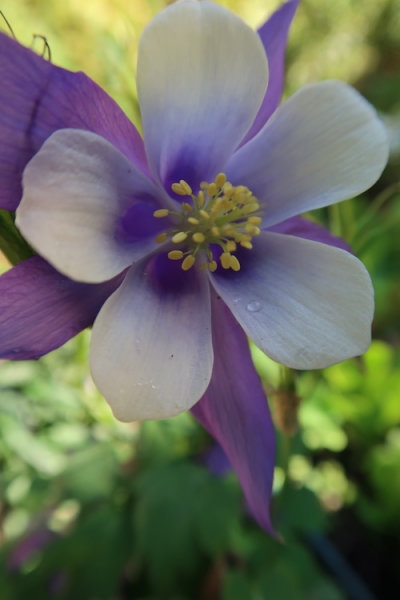 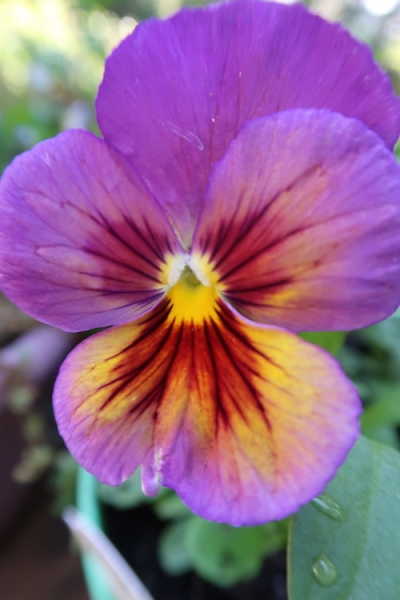 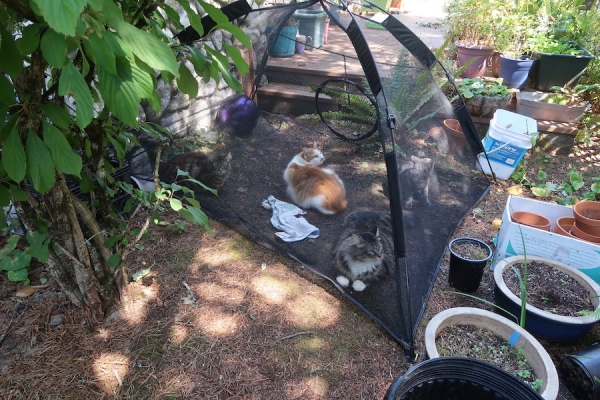 This is a mesh tent I bought from Chewy.com so the cats can be outside when I'm out there and still be safe from the resident coyotes and cougar. Highly recommended!
To the best of my knowledge, the music trivia and "factoids" within Pianotes are true, but I can’t guarantee it.
Read more Pianotes issues:
Full list • Next Issue: Volume 450 • Previous Issue: Volume 448