I hope all of you are safe from the many fires around the country, the virus, and any of the other nastiness that seems to be going around everywhere. We’re fine here in Florence, OR, although the air is kind of smoky today. There is still so much to be grateful for!
In 2006, researcher Geoffrey Miller surveyed six thousand recent recordings and found that 90% of them were made by males.

The earliest stringed instrument was the hunter’s bow. Only gradually did its structure change to make it more suitable for music-making than slaughter.

Love is the inspiration behind about 90% of our most cherished melodies.
New Reviews: I have quite a number of new reviews for you again this month. Some are by artists I’ve been reviewing for years and some are new to me. Despite all of the ups and downs of 2020, some amazing new music is being created, so check it out! You can find all of the latest reviews here.
Gregorian chant was named after Pope Gregory the Great, the most powerful man in Christendom during the late sixth century and likely the preeminent composer of his day.

Hucbald, the leading Benedictine music theorist of the late ninth and early tenth centuries, was forced out of the order and had to seek the protection of the bishop. Guido of Arezzo, who joined the Benedictines a few decades later, is recognized as the inventor of musical notation. He was evicted from the monastery because of his disruptive musical practices.

Slaves have had a huge influence on American music due, at least in part, to the fact they were “outsiders” with no real allegiance to the conventions and values of the surrounding society, freeing them to be more creative and artistically innovative. The rich and powerful are much less likely to stir up the status quo.
What Happened to “Picks”? After a lot of consideration, I decided to stop labeling new albums as “Picks" - or not labeling them at all. I always try to find the good things in all of the albums and singles I review, so I decided that I’d prefer that people read the reviews and decide for themselves. I’ve always resisted the competitive aspects of music - even with my students. Different music resonates more strongly with some people and not with others, but that doesn’t diminish the artist’s value. Of course, I, too, have my favorites, but I want everyone to have an equal footing on the site.

That’s partly why I stopped doing the “Annual Favorites” lists, too. Plus the fact that going back through all of the music I’ve reviewed in a year is impossible without getting horrendously behind on current reviewing. Many factors came into that decision, too, but I’m glad I made it.
In 2017, Egyptian vocalist, Shyma, was arrested after eating a banana while performing her song “I Have Issues.”

Women account for just 5% of the singers who are known by name from the troubadour era, and only about two dozen songs by female troubadours, known as “trobairitz,” have survived, compared to about 2600 by men.

For the ancient Romans and the Christian authorities who followed, music that aimed to please the “populus” was, by definition, a degraded art. Other goals and considerations such as instilling virtue, advancing civic or community interests, serving God, or appeasing the powerful were deemed more important than entertainment.

New Interviews: I have two new interviews for you this month. The first is with Fiona Joy Hawkins and the second is with Eric Chapelle. The interviews I did with Jim Wilson and Kosta Jevtic in August will stay on the homepage for a few more weeks, but you can find all of the interviews I’ve done since 1992 here. They are all linked from the various artists’ Artist Pages, too.
Slave singers and other musicians outside of the power structure of society have often employed coded language in their songs. The early troubadours often did the same and some were later championed by modernist poets known for their more difficult texts. Scholars call this medieval style of expression “trobar clus.”

In the mid-fourteenth century, musicians started appearing on the payrolls of European cities more often. These performers might have played in both secular and sacred contexts, but urbanization had shifted the balance of power away from church authorities and created new opportunities for musicians.

By 1300, many major cities in Europe had one hundred thousand or more inhabitants. The city councils in these locales became significant employers of musicians, relying on them for practical services as well as pomp and ceremony. It seems that there might have even been some competition between bishops and city leaders in their attempts to gain prestige from their musical entourages.
Issue #450: In the past, I’ve done a special issue for every 50th issue of Pianotes either looking back at teaching adventures or major events in various issues of Pianotes. I had thought I’d do that in this issue, too - especially since I don’t know if there will be a #500 (there probably will be!) - but the more I thought about it, the more I felt that I just wanted to move forward at this point. I’ve pretty much retired from teaching piano (is a teacher ever really done???), but everything else is moving quickly and it feels like I’m busier than ever, so let’s just move ahead for now.
The Meistersingers often acted more like a bureaucracy than an artistic cooperative. Their Tabulatur (law book) was filled with rules controlling every aspect of their craft: the rhyming of words, the number of syllables allowed in a line, the places where a singer could take a breath, a performer’s fidelity to approved biblical texts, etc. The famous singing contests of the Miestersingers tended to reward the avoidance of mistakes rather than skill in artistic expression.

GF Handel once admitted that he borrowed musical ideas from street singers, and many other composers must have done the same, even if unconsciously.

Singing vendors flourished until the middle decades of the 20th century.
2021 House Concerts: I’ve really been missing our house concerts here and the opportunity to introduce new artists and music to our community as well as to bring back many of our favorites year after year. None of us knows yet what 2021 will bring as far as the Covid pandemic goes, so I know you understand why I’m in a “wait and see” mode for now. If it looks like we can start doing concerts again, I will give the artists who were scheduled for 2020 first choice. If there are slots left, I will open it up. I’ll keep you posted each month in this newsletter, but most of you have pretty much the same info as I do regarding the virus. Obviously the health and safety of everyone concerned is the top priority, so we’ll just have to be patient.
Jon Blanke was one of the first Africans to find employment in England. He served as trumpeter for King Henry VII in the early 1500s.

Bells were a very big part of European daily life for a thousand years. The desire to have bigger bells than neighboring communities prompted tremendous investments of time and energy in metal-casting technology at a time when innovation was rarely a high priority.

The carillon, a set of tuned bells played by a kind of keyboard, was first introduced in Flanders in 1510. More elaborate melodies started coming from the bell towers, causing the range of expression as well as artistic ambitions of the bell ringers to take a big leap forward.

October Birthdays: Here is a partial list of musical birthdays in October:

Happy Birthday to all of you!!!
No other instrument has figured more prominently in the long history of musical sounds as repositories of political authority and social control than the humble bell.

Bells rarely warrant even a passing mention in most music history books. Records from the 14th century show that business as well as priests and city councils relied on bells to impose order on the populace.

In one French community, a penalty of sixty Parisian pounds was imposed on any unauthorized person who seized the bell to summon a popular assembly, and execution was mandated if the bell was used to call for a rebellion against the king.
That should bring us up-to-date for now! I didn’t take any photos earlier this month, so this afternoon I took some pictures of the lazy bunch that lives with us. I also have one more trivia bit that I want to share this month. Have a great October! Enjoy!

Kathy
The first copyright warning on a published work of music was found attached to a collection of motets by Salamone Rossi issued in Venice in 1623. It involved no legal threats, merely a curse on anyone infringing on the composer’s rights. Anyone who dared to reprint the works without permission would get bitten by a serpent. Readers were told that this threat was authorized by angels. 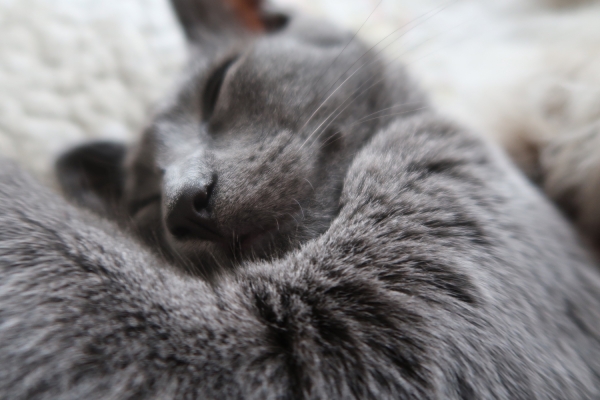 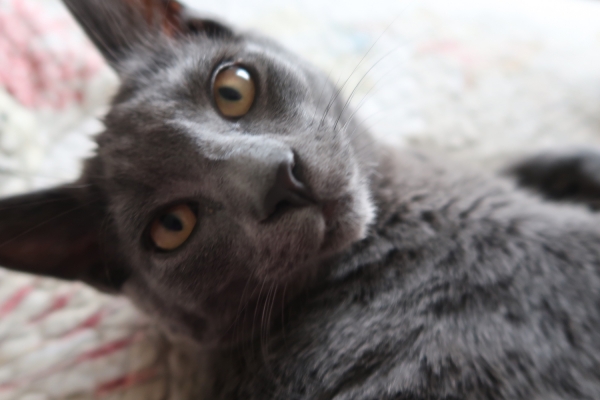 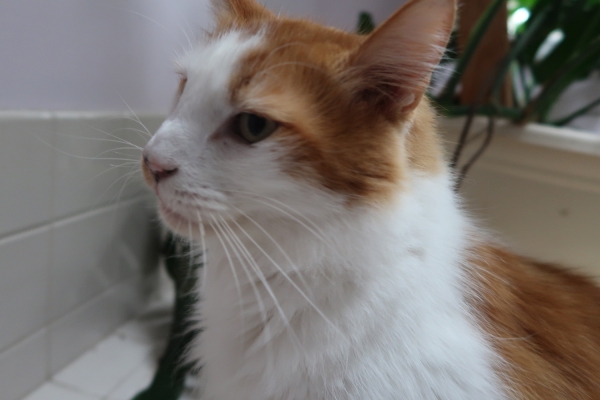 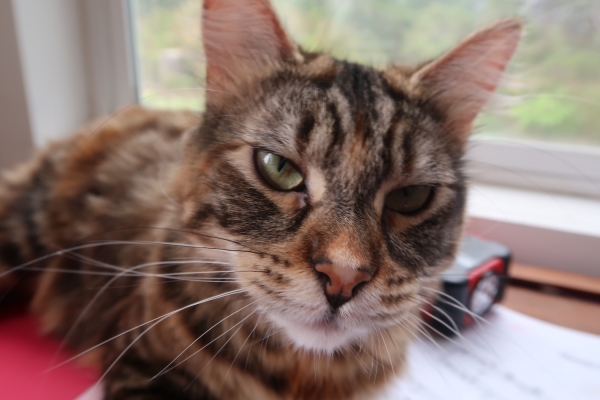 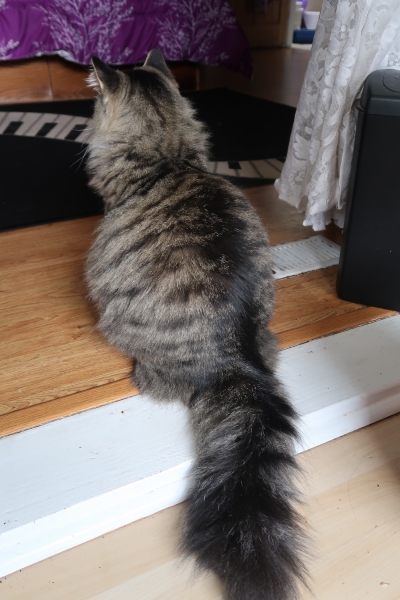 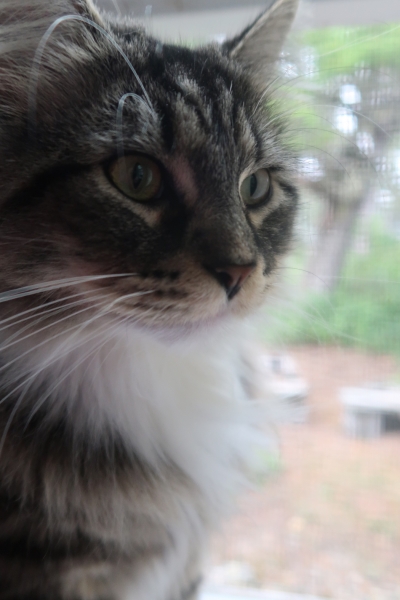 
To the best of my knowledge, the music trivia and "factoids" within Pianotes are true, but I can’t guarantee it.
Read more Pianotes issues:
Full list • Next Issue: Volume 451 • Previous Issue: Volume 449