I hope this finds you well and looking forward to the summer months ahead. Florence, OR has been spectacular the past month with a full spectrum of rhododendron colors all over town. There are some photos below of some of the rhodies in our yard and a few other things.

It appears that we are gradually emerging from the pandemic and adjusting to a new normal, but everything still feels so uncertain. However, new music continues to be created at a very impressive pace and always provides a safe place to explore and get lost in. We have lots of new music, a couple of interviews that I think are very special, and various other goodies, so put your feet up and enjoy!

Domineco Scarlatti is credited with inventing the technique of playing the piano cross-handed. He eventually got so fat that he was unable to play with his hands crossed.

The oldest surviving opera, Euridice by Jacopo Peri, had its premiere in Florence, Italy on October 6, 1600.
New Reviews: It's been another very busy month for new music! I added nineteen new reviews of recordings and four new songbook reviews! You can find them all here. As usual, it's quite a diverse group of recordings and there are some real gems here! Enjoy!

You might have noticed that there have been lots of new songbook reviews of David Nevue's sheet music. The sheet music for most of David's albums has been available for a long time, but he (wisely!) decided to do songbooks for each album. Rebecca Oswald has been doing new transcriptions of the music so that it is all formatted like David's more recent songbooks, and we have also been correcting any mistakes from previous versions, so these books are the "new and improved" versions! There are nine new songbooks available now with more coming. I will continue to review them as they are released, and you can find them all on David's Artist Page as well.
The San Francisco Opera House was the birthplace of the Charter for The United Nations on June 26, 1945.

George Frederic Handel composed his Water Music to entertain King George I on a cruise up and down The Thames River. Handel and about fifty musicians were aboard the barge and had to play the entire suite three times to keep the king and his friends amused.

Zildjian, a leading supplier of cymbals and drum accessories that is now based in Massachusetts, was founded in Istanbul in 1623 by the family that still runs it. 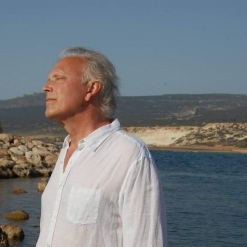 New Interviews: I have two exceptional interviews for you this month! The first is an update with David Lanz - my first interview with him since 2008, so we had lots of territory to cover! And cover it we did! 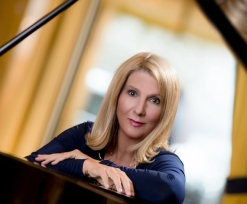 The second is with Robin Meloy Goldsby to announce, talk about and celebrate her new book, Piano Girl Playbook, which will be released on June 18, 2021. This is her third book in a series that recalls various events and adventures she's had over the years playing "cocktail piano" all over the world - with several other amazing/ inspiring/ hilarious episodes included. Her publisher, Backbeat Books, has offered a 35% discount on the book to readers of MainlyPiano.com. Click here for the code and more info. A sample chapter from the book is at the end of the interview, so don't miss that either!
George Gershwin applied to study composition with Maurice Ravel at the Paris Conservatory. Ravel rejected him, expressing, "If you study with me, you will become a second-rate Ravel when you are already a first-rate Gershwin." Thanks for this, Dave Miller!

The song "Over the Rainbow" was almost taken out of the movie The Wizard of Oz and the part of Dorothy almost went to Shirley Temple.

Mozart is said to have been afraid of ghosts and trumpets. He was also a terrible speller and was poor at math. Some of his symphonies were misnumbered - #24 is really #31, and there is no #37.

House Concerts: I've had a lot of questions from artists and fans of the house concerts here about when we're going to resume the concerts. The honest answer is I have no idea. I have started penciling in a few dates for next year, but I don't know if we'll be able to have any here in the second half of 2021 or not. If there are no surges in Lane County after the Memorial Day weekend and the first part of June, we might be able to think about a couple of concerts in the fall, but I can't make any promises at this point. We'll see....
The most widely-sung song in the English-speaking world is "Happy Birthday to You," by Mildred and Patty Hill. It was originally called "Good Morning to You."

Frederic Chopin was the most fashionable and expensive piano teacher in Paris in the 1830’s and ‘40’s.

Johann Strauss was “The Waltz King of Vienna” - so was his father, whose name was also Johann Strauss. They had a very bitter rivalry, but the son ended up being the more famous of the two.

June Birthdays: June seems to be the biggest month for musician birthdays. Check out this list!

Happy Birthday!!!
In 1837, Clara Wieck (later Schumann) was the first person to play Beethoven’s sonatas for a concert audience.

When the waltz was introduced in Vienna in 1754, it was considered indecent. The word “waltz” actually means “revolving.”

In 1894, Emile Berliner started recording music onto discs. 78 rpm discs with 4 1/2 minutes of music on each side became the standard recording format for the next fifty years.

The first stereo album was "Marching Along With the Dukes of Dixieland, Volume 3," which was released in 1958.

Before he died in 1941, Polish prime minister and composer/pianist Ignacy Paderewski asked to be buried in the US until Poland became a free country. He was buried in Arlington National Cemetery for 51 years. In June 1992, Paderewski’s body was returned to Poland - except for his heart, which, by his request, remains in the US inside a bronze monument at the Our Lady of Czestochowa shrine in Doylestown, PA.

That should cover it for June! Happy Father's Day to the dads, Happy Graduation to any grads, and everybody have a great month! Don't forget to celebrate International Surf Music Month!

Kathy
Charles-Louis Hanon, composer of piano exercises, was a church musician. He lived in Boulogne, France, for most of his adult life, and made his living by publishing his own music, teaching piano and voice lessons privately, and renting out pianos.

In 1324 or 1325, Pope John XXII issued the first papal decree dealing solely with music. In Docta sanctorum partum, the pope railed against “disciples of the new school, concerned with dividing the beat” and who “fabricate new notes which they prefer to sing more than the old ones.” The pope didn’t prohibit polyphony, but wanted to see it limited and tried to steer composers toward his preferred intervals: the octave, the fourth, and the fifth.

In the second half of the 16th century, Jean-Baptiste Lully became something of a cultural czar and controlled all of the opera performances in France. He died a very rich man. 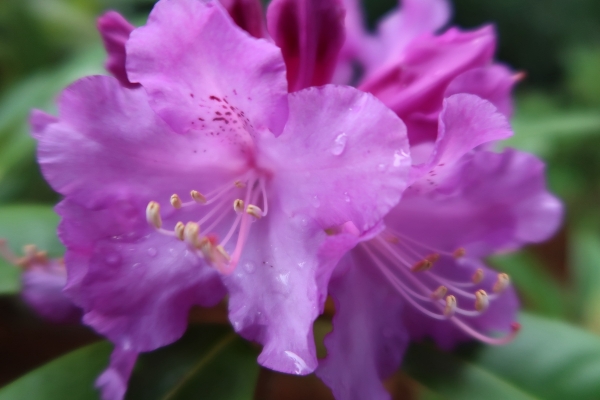 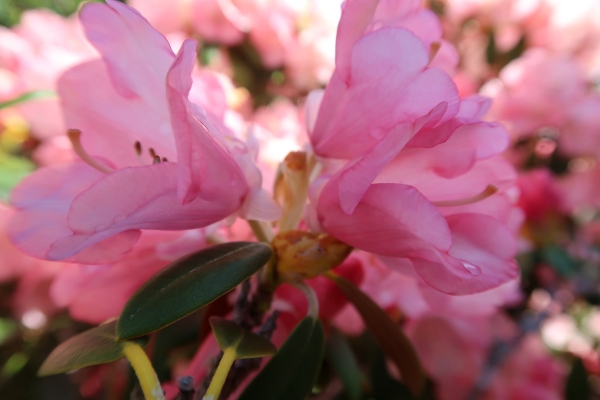 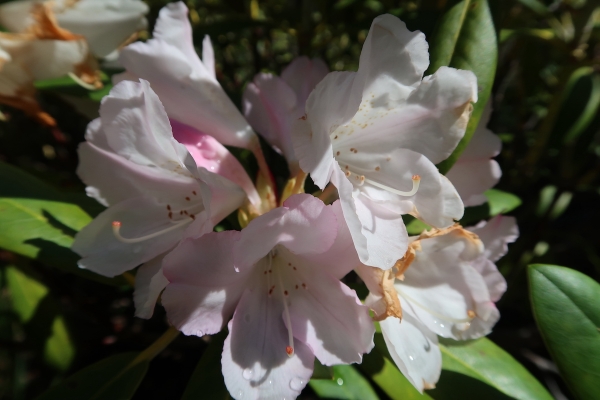 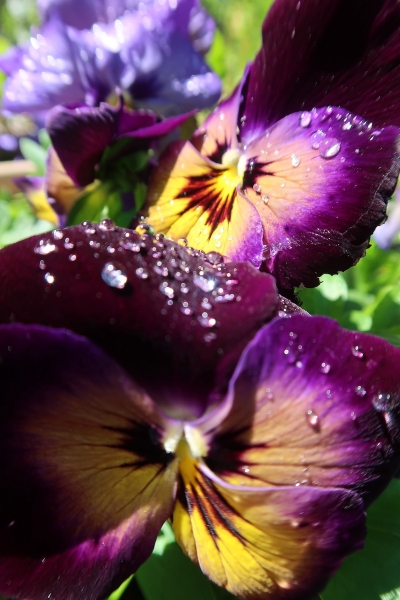 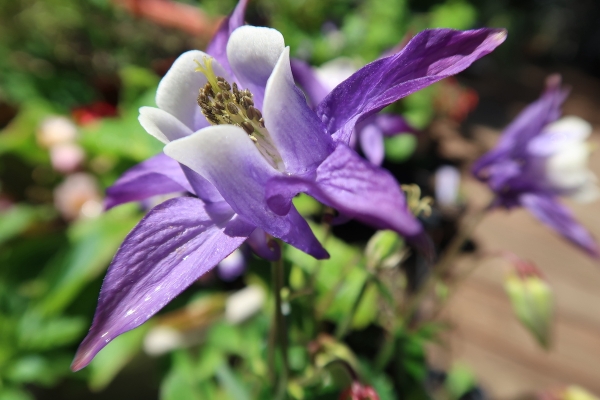 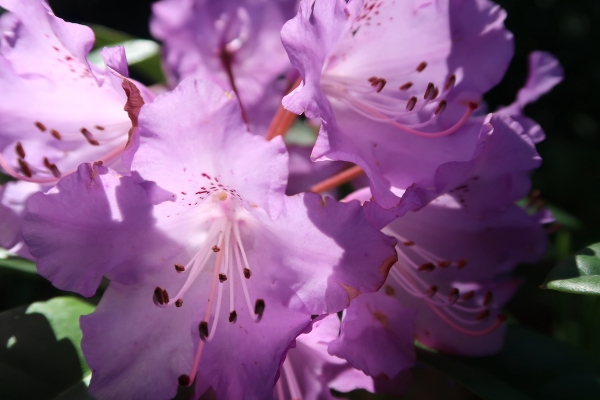 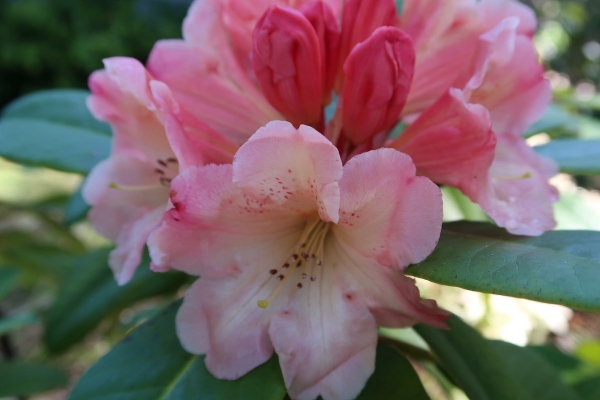 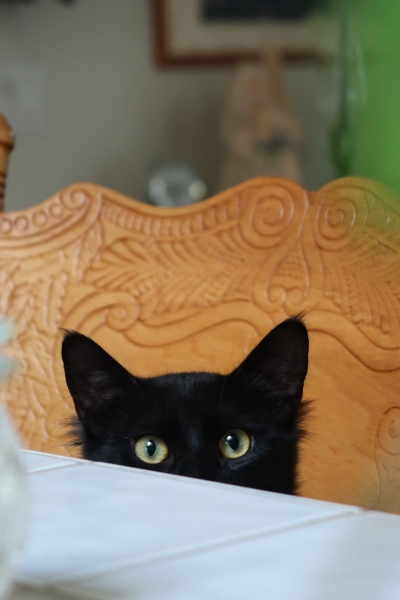 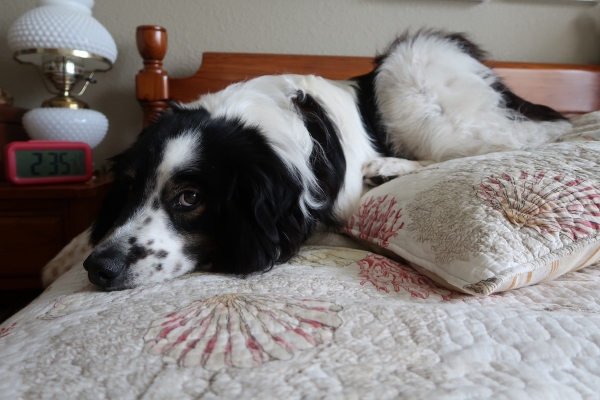