Greetings and Welcome to the Annual Holiday Issue of "Pianotes"!

It seems that winter has arrived early on the Oregon Coast. Just this past week, we've had a mix of very cold weather, rain, wind, hail and even a little snow! I plan to put our tree up and decorate the house tomorrow, but wanted to be sure to get "Pianotes" done first! Enjoy!
Ernest Tubb, known as the Texas Troubadour, had the first hit version of “Blue Christmas” in 1949. It went to #1 on the country charts and became the genre’s first Christmas hit.

“Carol of the Bells” was written in Ukraine and was first performed Kiev University in 1916. Its original title was “Shchedryk,” which means “The Generous One,” and choirs performed it almost as a round by having singers start at different times, making the song sound much more complex than it is.

Gene Autry got the idea for “Here Comes Santa Claus” while riding a horse in a holiday parade.
New Reviews: Wow! Do we have a boatload of new reviews for you this month! It's a mix of Christmas albums and singles, new age, classical, rock and more. The artists are from all over the world and several are new to the site. There are reviews of several new sheet music books, too, so be sure to check those out! You can find them all here.

If you are looking specifically for Christmas and holiday recordings, all of those reviews are here and those that are new this year are here. All of my reviews of holiday sheet music are here and those that are new this year are here.
Within a week of its 1952 release, the Archdiocese of Boston condemned “I Saw Mommy Kissing Santa Claus” as immoral. Other groups from both Catholic and Protestant churches followed suit. Missing the point that the man in the lyrics was actually the woman's husband dressed up like Santa, people wrote articles and gave speeches deriding the song for casting Santa Claus as a man who fooled around. Hundreds argued that the song was sending a horrible message to America’s innocent children. The record label flew the singer, 8-year-old Jimmy Boyd, to meet with the head of the Catholic church in Boston. The boy explained the song to the church leaders, who took a second look at the song and removed its objections to it. In the process, millions of peopled tuned in to hear what all the fuss was about! The song quickly jumped to #1 on the charts and stayed there for two weeks. Three million copies were sold the first year.

“Silver Bells” was originally titled “Tinkle Bell” until the wife of one of the songwriters reminded them of the possible double-meaning in the title! That's when they changed the title to “Silver Bells.”

Nat “King” Cole was chosen by the song’s composers to do the original recording of “The Christmas Song (Chestnuts Roasting By An Open Fire)” in 1946. At that time, since Cole was a black singer, Capitol Records was limited in how it could market him and the recording. Many radio stations, especially in the midwest and south, refused to play Cole’s music. The song became a hit anyway and the success of that one record opened the door for other black artists to record holiday music.

New Interviews: Once again, I didn't have a chance to do any interviews this month, but I have a really interesting line-up for later this month and January. Steve Yip is also working on an interview. Speaking of Steve, I did write an article introducing him as the newest writer on MainlyPiano.com. Steve was my best friend in high school, so it's been a really happy reunion! Ironically (or not), I'm pretty sure we met in a creative writing class more years ago than I like to admit!
According to the Guinness Book of World Records, the Bing Crosby version of “White Christmas” is the best-selling single of all time with estimated sales in excess of 50 million copies worldwide. Crosby took less that 20 minutes to record the song.

“Carol of the Bells” was named to honor a story that claimed that the moment Christ was born, every bell in the world chimed.

“Jingle Bells” was originally titled “One Horse Open Sleigh” and was written in 1850 by James Pierpont, the son of a pastor in Massachusetts. It was first performed by a children’s choir for his church’s annual Thanksgiving service. There were so many requests for another performance of the song that it was performed during the services on Christmas weekend and became one of the most popular Christmas songs ever even though Christmas is never mentioned in the lyrics!

Annual Holiday Wishes List: As I mentioned last month, this is the 37th year we've had a Wishes List in the "Pianotes" newsletter. It was originally meant for my piano students, and as I got to know more composers, I started including them, too. Not surprisingly, this year's list is pretty serious but also very sincere, and I thank everyone who sent their wishes my way. I will continue to add to the list during the month, so come back and see who has chimed in. Here is the link.
“Deck the Halls with Boughs of Holly” is of Welsh origin, but no one has been able to put a definite age to it. It was well known enough by the 1700's to appear in one of Mozart's compositions.

The oldest Christmas carol is thought to be “The Boar’s Head Carol,” which was part of a collection in England in 1521 and which might have been the first printed music in England.

December Birthdays: Happy Birthday to all of the birthday babies this month - and there are quite a few of you!

If you follow the lyrics, the total number of gifts given in “The 12 Days of Christmas” is 364.

"Good King Wenceslas" was a real person. He ruled over Bohemia from 928-935 AD, and was loved by his subjects for his goodness and kindness.

December Holidays and Celebrations: If you don't have enough to celebrate this month, here are a few more celebrations for you!

12/8: Flute and Piccolo Day
12/9: Techno Day
12/12: Choral Day
12/13: National Violin Day
12/20: Go Caroling Day
12/29: International Cello Day
The words to “Hark! the Herald Angels Sing” were written by Rev. Charles Wesley, the brother of John Wesley, who founded the Methodist Church. Charles Wesley wrote more than 6,000 hymns. For the first hundred years after the poem was published, it was sung to various tunes. In 1840, Felix Mendelssohn wrote Festgesang #7 in honor of the anniversary of the invention of Gutenberg's printing press. The second section of the piece seemed appropriate to sing, and Mendelssohn said that the subject should be a "national and merry subject," and that sacred words would never do. In 1857, ten years after Mendelssohn's death, an English church musician discovered that Charles Wesley's words fit the piece perfectly. The carol as we know it today was finally completed 120 years after the words were first written.

The melody for “O Christmas Tree” is also known as the state song of Maryland.

A man’s voice was transmitted over the airwaves for the first time on 12/24/1906. Reginald Fessenden read from the gospel of Luke and made history. After his recitation on the birth of Christ, Fessenden picked up his violin and played “O Holy Night” - the first song ever sent through the air via radio waves.
That should do it for the last issue for 2022! Did you know that there are at least fourteen different religious holidays and observances between November 20th and January 24th? Wishing all of you a wonderful holiday season, no matter how you celebrate. Merry Christmas and Happy Holidays!

"The Christmas Song” (“Chestnuts Roasting on an Open Fire”) has a fascinating story. It was actually composed on one of the hottest days in Los Angeles history. Robert Wells, a lyricist, was jotting down words and phrases that meant “cold” to him in an effort to use positive thinking to combat the heat. Among the phrases jotted down in a spiral notebook were “chestnuts roasting.... Jack Frost nipping.... Yuletide carols ... folks dressed up like Eskimos...” Collaborator Mel Torme saw those phrases, and within 40 minutes, the two had written a Christmas classic. Recorded by Nat "King" Cole and released in 1946, the song stayed in the Top Ten for almost two months, and was the first American Christmas standard introduced by an African-American. 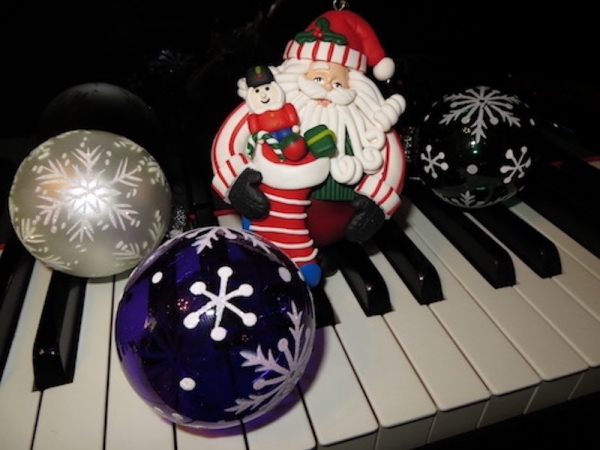 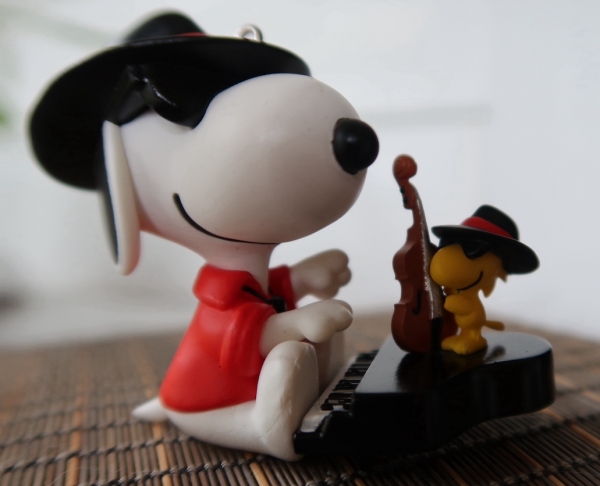 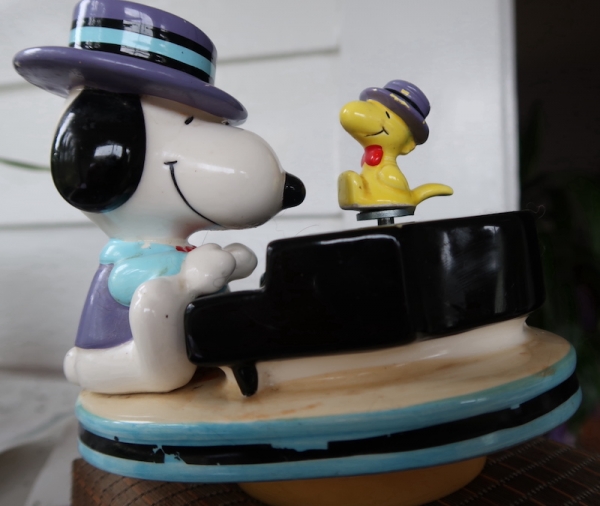 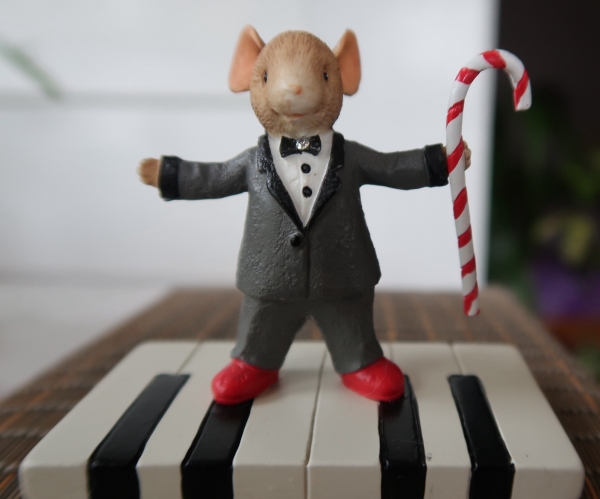