As I write this, there are only about eight hours left of 2022. It's been a better year than 2020 and 2021 were, but I'm very happy to switch over to a new calendar. Whether or not the beginning of a new year is really a fresh start depends on what we make of it. It seems that so often the plans to join a gym, go on a diet, and things like that tend to fall apart by the end of January, so keep the goals do-able and we can all move forward together. And keep lots of good music close by because that can really lift spirits and reassure that there is plenty of beauty all around us!
In the early 1900's, dime stores had sheet music counters. Pianistic salesgirls were hired to demonstrate music as well as to entertain the customers.

Until the end of the eighteenth century, composers relied primarily on two options for career advancement: religious institutions or private patronage.

The grand piano that Broadwood and Sons sent Beethoven in 1817 still didn't have any metal in its frame. Beethoven was widely known for breaking strings when he played, and his pianos didn't last long without the strength of an iron frame. As more keys were added to the keyboard, the tension on the frame was increased even more. Once the iron frame was installed, the piano could withstand tension of 18-20 tons.

New Reviews: There is quite a mixed bag (again!) of new reviews this month! We have new music by composers from Hungary, Wales, Germany, Norway and Austria as well as the US, plus Neil Patton's improvisations on hymns and several other wonderful albums and artists. I reviewed five new sheet music books that are all excellent. You can find them all here.

If you are looking for something REALLY different, check out my article/review of Joseph Keckler's new video called "Ghost Song." Joseph is a trained opera singer with an amazing vocal range, and he mixes comedy and storytelling into his music, which is often laugh-out-loud funny. I'm looking forward to interviewing Joseph in the coming months, as he has several projects in the works. You can find the article here.

Steve Yip reviewed the documentary, Like a Rolling Stone: The Life and Times of Ben Fong-Torres, which is getting a lot of traction. Ben went to Oakland High School a few years before Steve and I did, so there is a connection there! Here's the link to Steve's article.
JS Bach’s contract with the Duke of Saxony included a provision for tax-free beer from the castle brewery.

Queen Elizabeth I’s (1533-1603) favorite musical instrument was the virginal, a relative of the harpsichord. It was given its name because it was played by innocent young women.

New Interviews: Steve Yip did a fascinating interview with Jamel Mims, aka MC Tingbudong, a multimedia artist and rapper from New York who raps in Mandarin Chinese and English and incorporates a message of fundamental social change into his music. You can go directly to the interview here.

I have several interviews in process and am looking forward to doing more of them again, so check back during the month and see what's new.
On a good modern piano, a note can be repeated six times per second.

During the Vietnam War, quite a few prisoners made imitation keyboards out of flat boards with keys sketched in pencil. This enabled them to silently play their favorite pieces while in prison.

During The Reformation, the organ was dubbed “the Devil’s bagpipe” or “the pope’s bagpipe” and organists were sometimes vilified as seducers of the flock.

2022 By the Numbers: 2022 was a very productive year for MainlyPiano.com! We added 61 new artists to the site. We added a total of 228 new album and single reviews (1 more than 2021) for a total of 3144 reviews of recordings on the site. We added twelve new interviews for a total of 260. I reviewed 34 sheet music books for a total of 365. Steve and I wrote 14 "Articles" for our new-this-year category for items that don't fit the other categories. I'm really looking forward to seeing what will be coming our way in 2023!
When he died, Glenn Gould, one of the greatest pianists of all time, left half of his estate to the ASPCA, and the other half to the Salvation Army.

Viennese pianos of the 1790’s had a range of five octaves, from F 2 1/2 octaves below middle C to F 2 1/2 octaves above middle C. All of Mozart’s and most of Haydn’s piano music are contained within this range, as is Beethoven’s music until 1804.

During the 1960’s, duo-pianists Ferrante and Teicher sold more than 20 million records, and at least thirty of their albums were on the Billboard charts between 1961 and 1972.

The selection of Giulio Rospigliosi as Pope Clement IX in 1667 seemed to signal a new age of harmony between the spiritual aspirations of the church and the aesthetic evolution of opera. As a young man, he had written the libretti for several sacred operas and even helped to invent the comic opera in 1637.

January Music Holidays and Celebrations: If you haven't done enough celebrating yet, here are some more "holidays." Don't miss the fact that January is National Polka Month! AND, a full weekend is set aside to celebrate Elvis Presley's birthday - January 5-8! Here are a few more:

If composers of the 18th century wanted to make a real business out of publishing, they needed to set up as publishers themselves. A surprising number of them took this step, typically as part of their relationship with a powerful patron.

Medieval musicians were often accused of sorcery. Some people even believed that the devil took on the form of a minstrel and in that guise enticed Christians to perdition with beguiling songs and dances. 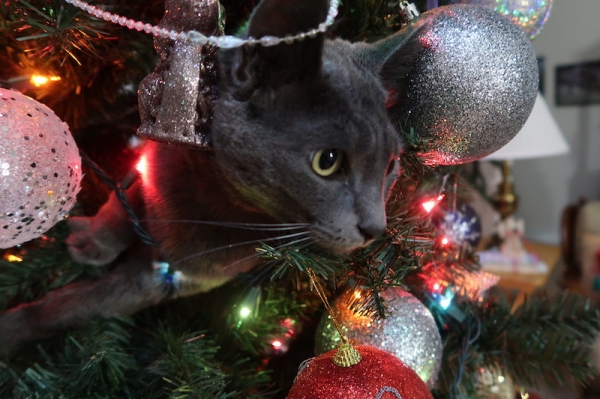 Smokey about 20 minutes after we put the tree up! 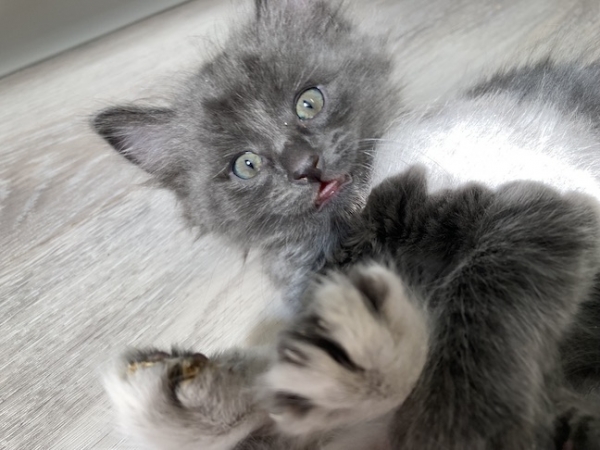 A favorite kitten at the Humane Society. (No, I didn't bring this one home!) 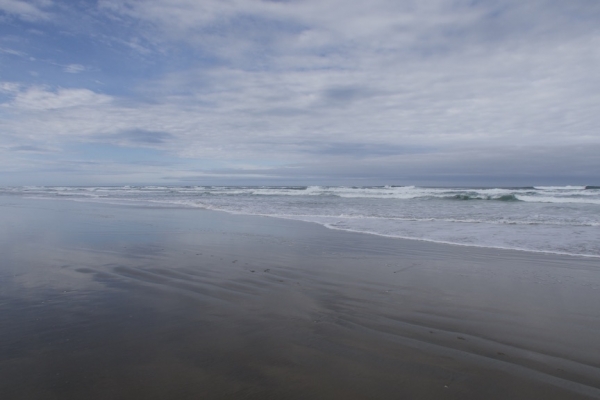 Is it any wonder we all love Florence, OR so much? 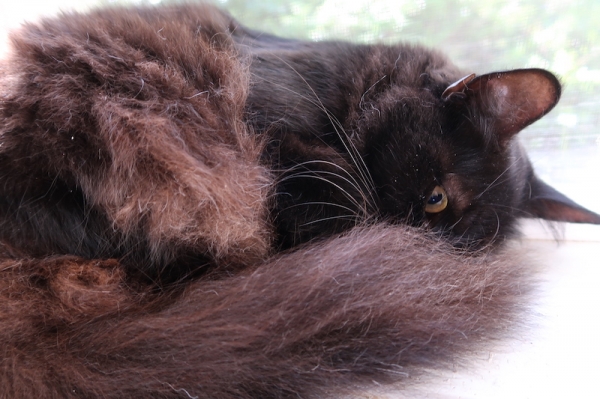 Thackery Binx and his wonderful tail! 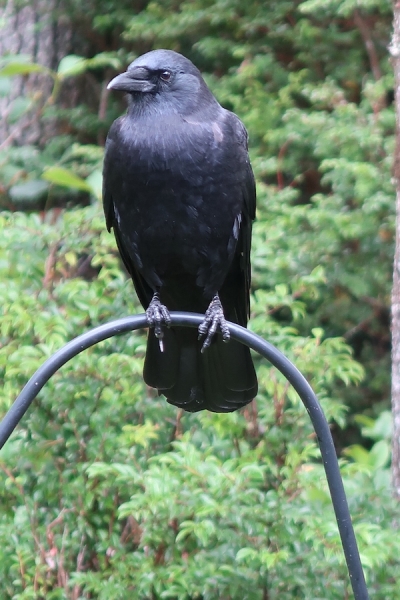 One of our neighborhood crows looking rather elegant.


Trivia Disclaimer: To the best of my knowledge, the music trivia and "factoids" within Pianotes are true, but I can’t guarantee it.
Read more Pianotes issues:
Full list • Next Issue: Volume 479 • Previous Issue: Volume 477