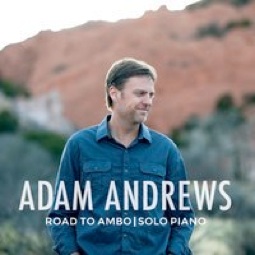 Adam's Website Adam's Artist Page on MainlyPiano
Album Links
Amazon (referral)iTunes
This site contains affiliate links to products. We may receive a commission for purchases made through these links.
Road to Ambo
Adam Andrews
2014 / Adam Andrews
39 minutes
Review by Kathy Parsons
Road to Ambo is the remarkable debut album by pianist/composer Adam Andrews. The eleven original pieces tell the very personal stories about Andrews’ family’s journey to adopting their son from Ambo, Ethiopia as well as some of the other life events he encountered along the way. A Colorado native, Andrews started taking classical piano lessons at the age of seven. After college, he founded the band Cede who toured the US playing contemporary Christian music as well as their own compositions. Over a period of five years, the band recorded and released four successful folk-pop Christian-music albums of original material: The Roots, Surrender, To You and Carried Away. Andrews composed about 25% of the band’s material, and wrote and performed two piano solos on their last album. After leaving Cede, Andrews continued composing, occasionally performing for church services, worship groups and conferences. He also established a successful career as a senior director at a major non-profit ministry where he contributed to the launch of an orphan care ministry and helped shape international ministries to families. Of his music, Andrews says: “These tunes represent some of my stories, but I feel sure the emotions behind the music are universal and can be felt and appreciated by everyone.” I couldn’t agree more! The music ranges from buoyant joyfulness to more more poignant and reflective, and there isn’t a weak track on the album.

Road to Ambo opens with the title track, an energetic piece that represents the strength and courage it took to make the adoption of Andrews’ son happen - a very promising beginning! “Unknown Hero” celebrates people whose selfless acts of kindness change lives. Bright and upbeat, it’s a grand celebration! “Hope and Joy” turns to love and tenderness in a piece written and named for Andrews’ two daughters - such a sweet gift from a devoted dad! The lyrical and heartfelt “We Are Brothers” was created out of grief, loss, hope, and love, touching deeply and expressing great emotion. “You Were There” is a love song for Andrews’ wife, pure, simple and very sincere. “Smoky Hill” is a favorite and was inspired by Andrews’ quest to find the brighter side of depression and discovering the beauty in what follows. “New Normal” describes the adjustments and lessons learned during and after the difficult process of adoption - and in finding a more joyful perspective on life itself. “Breathe” is another favorite. It was composed as Andrews imagined riding through the countryside and being in the moment. Lighthearted and blissful, it’s a wonderful closing to a great album!

Adam Andrews is a brilliant new voice in the solo piano realm and his debut album is outstanding. Road to Ambo is available from Amazon, iTunes, and CD Baby. Highly recommended!
September 6, 2014
Adam's Website Adam's Artist Page on MainlyPiano
Album Links
Amazon (referral)iTunes
This site contains affiliate links to products. We may receive a commission for purchases made through these links.
More reviews of Adam Andrews albums 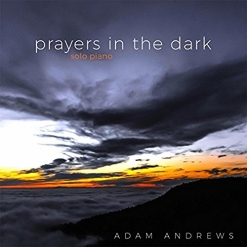 Prayers In the Dark
2016
Kathy's Favorites: 2016Kathy's PicksWhisperings Album of the Year 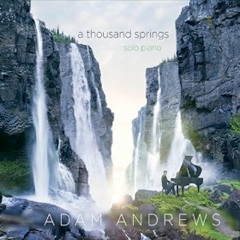 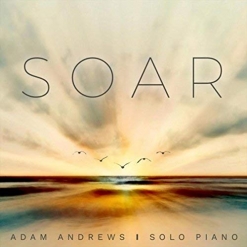