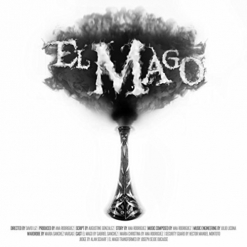 Ana's Website Ana's Artist Page on MainlyPiano
Album Links
Amazon (referral)El Mago video
This site contains affiliate links to products. We may receive a commission for purchases made through these links.
El Mago
Ana Rodriguez
2015 / Ana Rodriguez
14 minutes
Review by Kathy Parsons
El Mago (The Magician) is an original solo piano suite by Ana Rodriguez, an award-winning American pianist/composer whose unique repertoire extends from standard literature to the music of Latin America. She has performed in concerts and recitals both solo and with orchestras in Europe, Mexico, Honduras, Canada and the United States. Miss Rodriguez studied at the Mannes College of Music where she received her Masters Degree in Piano Performance.

El Mago is a suite of six relatively short pieces. Not surprisingly, there is a very strong Latin influence in the music, and each piece is a gem unto itself. The music is composed and performed in a very classical style that is dramatic and colorful with bits of whimsy here and there. Rodriguez made a short black and white film that tells a story in silent-movie fashion with the music taking the place of any spoken dialogue. The film was created after the Suite was completed, and the recorded version of the music contains two additional tracks that are variations of the pieces as they appear in the film.

The suite begins with “El Mago,” an introductory piece that is lively and mysterious, yet expresses a foreboding power. This is obviously not about a magician that pulls cute little bunnies out of a hat! The second piece is “Los Ninos Jugaban” (“The Children Played”), which is more chaotic and discordant. It flows at a breathtaking speed while channeling the boundless energy and unpredictable actions of a group of kids at play. “La Mujer Cubana” (“The Gossip”) is fun and lighthearted with a repeating rhythmic pattern in the left hand that makes me think of a swirling dancer. “Ensueno” (“Enchanted”) is much dreamier and more graceful, but isn’t quite comfortable - as often happens in romantic scenarios. “La Casa Embrujada” (“The Haunted House”) becomes very dark and downright spooky! Starting out in the deep bass of the piano, it creates tangible feelings of dread. The slightly demented waltz in the second half of the piece could send chills! I’ll bet this is great fun to play! “El Carnaval” (“The Carnaval”) is intentionally on the strange side with plenty of action and odd goings-on. Near the end, it ties the Suite together by presenting some of the previous material in something of a recapitulation, and then brings the Suite to a satisfying close.

Not everyone will appreciate the complexities of El Mago, but if you enjoy contemporary classical music and a pianist with awesome power and technique, be sure to check it out! It is available from Amazon, iTunes and CD Baby.

October 18, 2017
This review has been tagged as:
ClassicalDebut AlbumsKathy's PicksModern Classical
Ana's Website Ana's Artist Page on MainlyPiano
Album Links
Amazon (referral)El Mago video
This site contains affiliate links to products. We may receive a commission for purchases made through these links.
More reviews of Ana Rodriguez albums 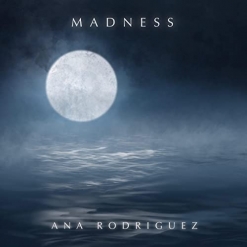