Blackmore's Night's Website Blackmore's Night's Artist Page on MainlyPiano
Album Links
Amazon (referral)iTunes
This site contains affiliate links to products. We may receive a commission for purchases made through these links.
Autumn Sky
Blackmore's Night
2011 / Fontana/Spinefarm Records
61 minutes
Review by Michael Debbage
With the exception of knights in shining armor and the weapons that accompany them what does Metal have in common with the Renaissance era? What about the colors of Purple and the Rainbow? Now you really think your friendly neighborhood reviewer has gone barmy! For those of you less familiar with the world of rock, creator of Blackmore’s Night is no other than the world renowned guitarist Ritchie Blackmore who played with the legendary metal groups Deep Purple and Rainbow. Since 1997 he has essentially unplugged his amp and placed himself in self exile from the world of rock and has been quietly and peaceful been recording Renaissance almost Celtic based music with his now wife Candice Night. Their latest offering Autumn Sky may be their most commercial and impressive effort to date

The partnership of Blackmore and Night predates the group dating as far back as 1993 when Candice performed as a background vocalist on the Deep Purple Battle Rages On tour. The following year Blackmore decided to reignite Rainbow after a ten year hiatus and released the overlooked and impressive Stranger In Us All. It was a onetime recording that featured Night once again on background vocals but this time around Candice also co-wrote three of the tracks and all three of them were essentially the album’s more memorable moments. Three years later the world was introduced to the oddity of Blackmore’s Night and needless to say it met with mixed reviews at best. Blackmore and Night decided to follow their hearts and play a musical style that is uniquely their own.

Excluding compilations, live albums and their Christmas adventure Winter Carols, the latest offering represents their eighth studio recording as well as the most mainstream effort to date. Don’t be misled by that statement as Blackmore’s Night continues to embrace their unique style but there is no getting away from the greater accessibility of some of the tracks. Most obviously is the driven opening track “Highland” whose rhythm section is more rapidly related to the school of rock but the group does well to sprinkle it with a healthy dose of Renaissance instrumentation. Candice Night would have been swallowed up by this song had they done this on their debut album however her vocals over the years have significantly matured and strengthened. Comparisons with Stevie Nicks would not be out of line both on a vocal and image level and needless to say her vocals soar. The orchestration of producer Pat Regan only adds to the majesty of the song while Blackmore’s atmospheric guitars are the icing on the cake as the song fades into the night. Blackmore is even more vigorous on the equally strong “Journeyman” and this might be the closest we get to hearing some of the histrionics that Blackmore is more than capable of doing in his sleep. Similar results can be found on the toe tapping “Keeper Of The Flame” though Blackmore is a little more restrained, the results are still as emphatic.

Autumn Sky also features three instrumental tracks, the first two being “Song And Dance (Pt.II)” and “Dance Of The Darkness” that feature all the musical lords of Blackmore’s Night leaping musically as they fully celebrate the Renaissance period. In complete contrast, “Night At Eggersberg” displays a much more reflective Blackmore who essentially goes it alone with breathtaking results. Equal to the task is Candice who is spotlighted on the hauntingly beautiful “Believe In Me” and “Strawberry Girl”. But the best is left for last with her restrained yet moving vocal rendition on “Barbara Allen” that concludes Autumn Sky.

Blackmore’s Night, with the assistance of renowned producer Pat Regan have been recording remarkable material since 1994 and have yet to record a dud. While Autumn Sky reflects their most commercial effort to date, the nod to a slightly more fashionable approach while they continue to fully embrace the Renaissance era has resulted in August Sky being the crowning achievement of an already impressive recording portfolio.
June 4, 2011
This review has been tagged as:
Guitar music
Blackmore's Night's Website Blackmore's Night's Artist Page on MainlyPiano
Album Links
Amazon (referral)iTunes
This site contains affiliate links to products. We may receive a commission for purchases made through these links.
More reviews of Blackmore's Night albums 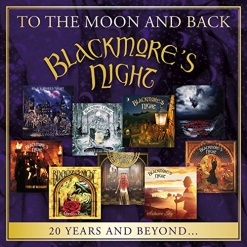 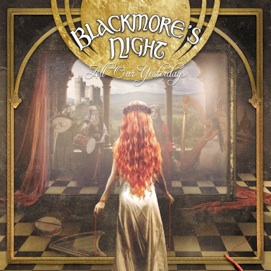