Bradley's Website Bradley's Artist Page on MainlyPiano
Album Links
Amazon (referral)iTunes
This site contains affiliate links to products. We may receive a commission for purchases made through these links.
Paint the Sky
Bradley Joseph
2013 / Robbins Island Music
55 minutes
Review by Kathy Parsons
Paint the Sky is Bradley Joseph’s first album of original compositions in ten years, and what a triumph it is! The thirteen pieces were composed, produced, and performed by Joseph and range from tender to majestic. Several pieces are solo piano and others are orchestrated with keyboards to give a vibrant, cinematic effect. Bradley Joseph is probably best-known for his keyboard performances touring with Yanni (1990-1995 and the 2003 Live At the Acropolis) and Sheena Easton. He released his first solo album, Hear the Masses, in 1994, with several more to follow, including his 1997 Narada release, Rapture. In 1998, he started his own company, Robbins Island Music, and has released an interesting combination of CDs and DVDs from original compositions to pop covers, music for pets, nature sounds, classical arrangements, Christmas songs, and hymns. Joseph is obviously a very versatile musician, and there are a lot of influences and musical styles that meld together to make Paint the Sky an exceptional musical experience. One word of caution - I was listening to this album while driving on the Oregon Coast, and when the more buoyant tunes came on, I found myself driving faster than I should for the sheer joy and freedom of it.

Paint the Sky begins with the wonderful “Inside the Stars,” one of the most joyous pieces I’ve heard in a while. It’s a swirling dance that overflows with pure fun, so if you can sit still through this one, you’d better check your pulse! “Secrets of the Sun” is much calmer and more graceful with a piano melody and keyboard enhancements - a beauty. “Into the Big Blue” is a very “big” piece that seems to be celebrating a victory - perhaps a bit of Yanni’s influence here. “Your Eyes Say Goodbye” is a song of sadness for piano and strings. Very poignant and evocative, it is a lovely example of “less is more.” “In Dreams Awake” is a concept piece that begins with an intense and intriguing theme for cello or viola and strings. Building as it evolves, it never takes a breath until near the end of the theme. From there, the piece becomes dreamy and ambient, floating effortlessly on keyboard sounds until the original strings re-enter, increasing to the intensity of the first theme - definitely a favorite! “I’ll Wait For You” is a simple message of love and tenderness conveyed from the heart as a gorgeous piano solo - also a favorite. Another exceptional piano solo, “Brave New Day” is a bright and infectious “happy dance.” “Light Through the Trees” beautifully expresses the magical awe of one of the most peaceful experiences there is. More ambient than melodic, piano, strings, and keyboard washes soothe and calm the spirit. “Remembering” is a wistful, nostalgic piano solo that closes the album with a sigh.

It’s so good to have Bradley Joseph back in action with such a great album! The official release date is April 4, 2013. It will be available from bradleyjoseph.com, Amazon, iTunes, and CD Baby. Highly recommended!
March 11, 2013
This review has been tagged as:
Kathy's Favorites: 2013
Bradley's Website Bradley's Artist Page on MainlyPiano
Album Links
Amazon (referral)iTunes
This site contains affiliate links to products. We may receive a commission for purchases made through these links.
More reviews of Bradley Joseph albums

Paint the sky
2013
Review by Michael Debbage
Michael's Albums of the YearMichael's Favorites: 2013 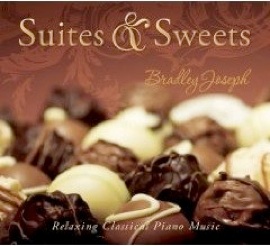 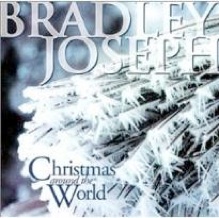