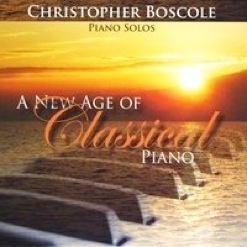 Christopher's Website Christopher's Artist Page on MainlyPiano
Album Links
Amazon (referral)
This site contains affiliate links to products. We may receive a commission for purchases made through these links.
A New Age of Classical Piano
Christopher Boscole
2013 / Christopher Boscole BMI
46 minutes
Review by Kathy Parsons
I never know what to expect when I get a CD with the terms “new age” and “classical piano” juxtaposed since quite a few compilations are arrangements, often simplified and shortened for listeners with “on-the-fly” listening preferences. Much to my delight, Christopher Boscole plays this collection of classical favorites mostly as originally composed with a few personal touches here and there. His A New Age of Classical Piano consists of ten solo piano classics and two stunning originals. The classics include four by Debussy, one by Satie, four by Chopin, and one by JS Bach. All of these pieces are familiar and easily accessible, and Boscole chose his selections for the music’s relaxing and uplifting qualities, performing them to perfection on a 9’ Steinway D grand piano. Mastered by Joe Bongiorno at Piano Haven, the piano sound is warm, clear and pristine. In short, I LOVE this album, and am almost certain it will be on my list of Favorites for 2014.

The first four tracks are by French Impressionist composer Claude Debussy: “Arabesque #1,” “Doctor Gradus ad Parnassum,” “Claire de Lune,” and “Reverie.” In most of his compositions, Debussy wanted the piano to sound like it didn’t have hammers hitting the strings, and Boscole captures that velvety sound beautifully. Erik Satie’s “Gymnopedie #1” is a haunting piece that most people don’t know the name of even though they’ve heard it many times. Often used in films and advertising, it is by far Satie’s best-known and best-loved piece. Boscole keeps it slow, graceful, and simple as it was originally composed. The first of the Chopin pieces is “Prelude #1,” a short flowing piece that livens the mood. His “Mazurka Op. 17 #4” has a dreamy, sighing quality and Boscole plays it from the heart. Bach’s piece is his ever-popular “Prelude in C” with a few small changes that extend the piece a bit. Despite my deep love for these classics, the piece with the biggest “wow!” factor for me is Boscole’s own “Prelude in C Minor.” What a compelling and passionate piece! I hope there will be sheet music for this one soon! Chopin’s “Valse Op. 64 #2” is one of my favorite Chopin pieces to play and I always love hearing others play it well - Boscole does an exceptional job. “Playing Rain” is the second Boscole original. Slow and on the melancholy yet peaceful side, the piece expresses different kinds of rain while staying soothing and relaxing - love it! Chopin’s “Minute Waltz” (which is never played in just a minute) brings this wonderful album to a playful and lighthearted end. Encore!!!

A New Age of Classical Piano is excellent from the first note to the last! It is available from Amazon, iTunes, and CD Baby. Very highly recommended!
June 26, 2014
This review has been tagged as:
ClassicalKathy's Favorites: 2014
Christopher's Website Christopher's Artist Page on MainlyPiano
Album Links
Amazon (referral)
This site contains affiliate links to products. We may receive a commission for purchases made through these links.
More reviews of Christopher Boscole albums 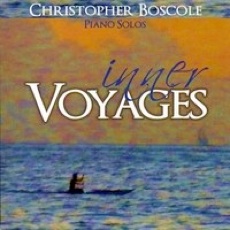 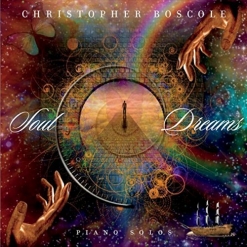 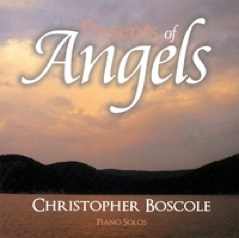