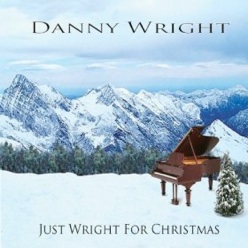 Danny's Website Danny's Artist Page on MainlyPiano
Album Links
Amazon (referral)iTunes
This site contains affiliate links to products. We may receive a commission for purchases made through these links.
Just Wright For Christmas
Danny Wright
2012 / WH Sound Studio, Inc.
51 minutes
Review by Kathy Parsons
Just Wright For Christmas, originally released in 1992, is part of a very large body of pianist Danny Wright’s recorded work being remastered and re-released on the WH Sound Studio, Inc. label. After trying for ten years, Wright was recently able to acquire the Moulon D’Or catalog and plans to make the recordings available in both physical and digital formats, remastered and re-packaged with retrospective liner notes and bonus tracks. Quite a few of these new albums will be released before the end of 2012, with the rest coming in 2013. Wright is also celebrating his twenty-fifth anniversary as a composer and recording artist with a series of concerts in many cities in addition to all of these new albums and digital downloads - a very exciting time for one of the most popular contemporary pianists in the world and his many, many fans!

Just Wright For Christmas is a collection of thirteen songs of the season, some arranged for solo piano and some with light accompaniment on oboe, English horn, and/or violin. All of the pieces are rather low-key, emphasizing the beauty of each melody with simplicity and heartfelt expression and making this the perfect accompaniment to a holiday dinner party, decorating, reflecting, relaxing, and just kicking back and enjoying some great Christmas music. The collection also includes two Danny Wright originals: “Innocence” and “My Son’s Lullaby,” the latter composed for his own children and presented as a bonus track.

I really like all thirteen tracks on this album, but a couple of favorites include the medley of “Patapan” and “God Rest Ye Merry, Gentlemen,” “Away In a Manger,” “Panis Angelicus,” “Gesu Bambino,” and the haunting “Innocence,” which was composed for a fund-raising concert for a young child critically-ill with leukemia. That story has a lovely ending with the boy receiving a bone marrow transplant from someone in the audience and then joining Danny onstage as a teenager some years later. The song also started Danny’s tradition of creating music inspired by people’s personal stories. Other song titles include “Silver Bells,” “White Christmas,” “In Dulci Jubilo,” “Pie Jesu,” “The First Noel,” “O Little Town of Bethlehem,” and “I’ll Be Home For Christmas.” Just Wright For Christmas is available from dannywrightpiano.com, Amazon, iTunes, CD Baby, and many retail stores both on- and off-line. Highly recommended!
November 21, 2012
This review has been tagged as:
Holiday Albums
Danny's Website Danny's Artist Page on MainlyPiano
Album Links
Amazon (referral)iTunes
This site contains affiliate links to products. We may receive a commission for purchases made through these links.
More reviews of Danny Wright albums 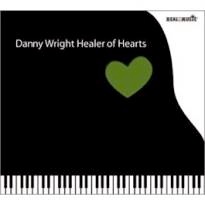 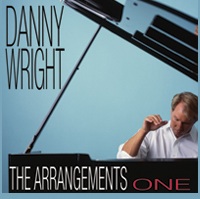 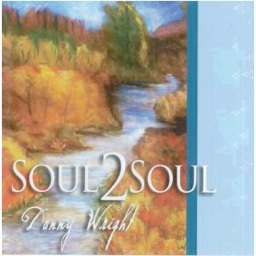