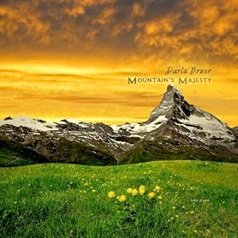 Darla's Website Darla's Artist Page on MainlyPiano
Album Links
Amazon (referral)iTunes
This site contains affiliate links to products. We may receive a commission for purchases made through these links.
Mountain's Majesty
Darla Bower
2014 / Darla Bower
29 minutes
Review by Kathy Parsons
Mountain’s Majesty is the debut album by pianist/composer/vocalist/teacher Darla Bower. A collection of nine piano solos composed and/or arranged by Bower, the variety in the music indicates a versatile musician ready to spread her wings. The album was recorded and mastered by Michael Logozar, who also co-composed four of the pieces and designed the cover artwork. The music includes a medley of two of Chopin’s waltzes and three hymns, one of which is an original hymn mixed with “Just As I Am.” Bower started piano lessons at the tender age of six and has a very strong background in and affinity for classical, Broadway, jazz, and sacred music. All of those influences can be heard in her music. The original pieces were inspired by a trip to the Rocky Mountain National Park in Colorado as well as “the journey called life.” Bower says that each piece is a musical picture of a life experience, and all of them are very pleasant on this album.

Mountain’s Majesty opens with “Tina’s Dance,” a playful piece that suggests the innocence and freedom of a child dancing to music only she can hear - a charming beginning. The title track is a beauty! Although rather slow and simple, it expresses the strength and power of those “Oh wow!” moments that stop you in your tracks to savor the experience. I also really like “Sunset” and the way it depicts the quiet, hypnotic drama of the sun’s daily (but never the same twice) light show. “Starry Night” effectively uses the deep bass of the piano to describe the dark of night and the brighter upper registers to describe the sparkling stars. “Broken Pieces” is more of a bittersweet waltz. “Chopin Medley” combines two of his shorter waltzes into a lovely new medley. The next two tracks are beautiful and heartfelt arrangements of traditional hymns: “It Is Well With My Soul” and “Come, Thou Almighty King.” The last track combines an original hymn, “Evening Prayer,” with “Just As I Am,” which became an altar call song in the Billy Graham crusades - an inspiring end to a lovely debut!

Darla Bower is off to a great start with her recording career! Mountain’s Majesty is available from DarlaBower.com, Amazon, iTunes, and CD Baby. Check it out!
December 27, 2014
This review has been tagged as:
Debut Albums
Darla's Website Darla's Artist Page on MainlyPiano
Album Links
Amazon (referral)iTunes
This site contains affiliate links to products. We may receive a commission for purchases made through these links.
More reviews of Darla Bower albums 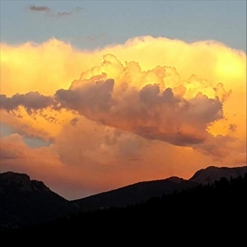 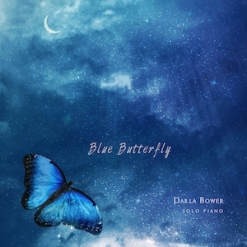 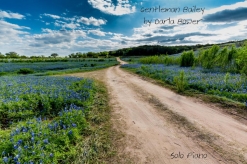