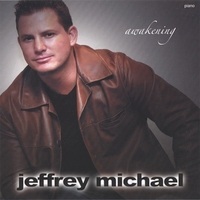 Jeffrey's Website Jeffrey's Artist Page on MainlyPiano
Album Links
Amazon (referral)iTunes
This site contains affiliate links to products. We may receive a commission for purchases made through these links.
Awakening
Jeffrey Michael
2006 / Fireheart Music
66 minutes
Review by Kathy Parsons
Awakening is Jeffrey Michael’s seventh release to date and is by far his strongest and most evocative work. Still in his twenties, Jeffrey has created a very impressive body of work over the past ten years or so, and has grown tremendously as an artist. A few of the sixteen pieces on this album have appeared on previous releases, but most are new. A few tracks have string accompaniment, but most are solo and recorded on a Bosendorfer grand piano. Also a film composer, Jeffrey Michael’s music has a cinematic sweep that conjures up colorful visual images and a rainbow of emotional experiences. Both soothing and powerful, this collection of original compositions should do much to bring Jeffrey Michael to the forefront of contemporary pianist/composers.

The title track opens the CD with a feeling of gentle optimism. A piano and cello duet, it is a lovely way to begin. “Ocean Dance” follows, and is one of the strongest pieces on the album. An infectious rhythm melts into a flowing melody, builds momentum, and becomes calm again. Something about this piece reminds me of Dax Johnson’s work, which is always a good thing! Subtle string washes enhance the mood, but the piano really shines. “Evening Gray” is much calmer and has an elegant flow. “Imagination” is another beauty and a bit more on the classical side. Dreamy yet energetic, the shifts between major and minor modes effectively show both the dark and lighter sides of the imagination. “Peppertree” is a little different from the others with its jaunty rhythm conveying a sense of fun and suggesting a very pleasant stroll somewhere. “Phantom of the Mind” is another favorite. Dark, mysterious, and intense, I really like the energy and passion of the piece. “Winter Flight” has a sense of purpose in its graceful melody - also exceptional! “Road to Bonifacio” first appeared on Jeffrey Michael’s 1999 release, “Reflections,” and was my favorite track on that CD, too. The piece was inspired by the scenic landscapes traveling in Corsica, and this version is more than two minutes shorter, so it has evolved a bit. The rhythm is propulsive, and the mood is joyful and yet a little mysterious - what’s around the next turn? What a great piece!

If you aren’t yet familiar with Jeffrey Michael’s music, this is a great place to start! Those who have been following his career will be pleased,too! Awakening is available at fireheartmusic.com and cdbaby.com. Recommended!
September 12, 2006
Jeffrey's Website Jeffrey's Artist Page on MainlyPiano
Album Links
Amazon (referral)iTunes
This site contains affiliate links to products. We may receive a commission for purchases made through these links.
More reviews of Jeffrey Michael albums 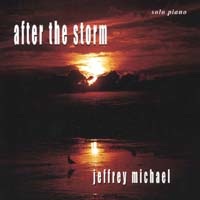 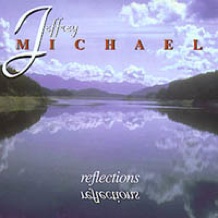 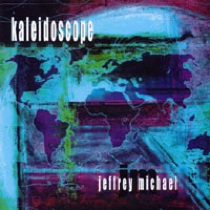