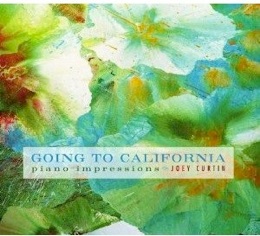 Joey's Website Joey's Artist Page on MainlyPiano
Album Links
Amazon (referral)iTunes
This site contains affiliate links to products. We may receive a commission for purchases made through these links.
Going To California
Joey Curtin
2011 / Mulberry Tree Records
32 minutes
Review by Kathy Parsons
Going To California is an fascinating collection of six rock classics arranged for solo piano by Joey Curtin. Of course, this isn’t the first time rock classics have been performed as piano solos, but Curtin’s versions are so well done that they sound like this is the way they were originally intended to be performed! Where else can you find music from Led Zeppelin, Pink Floyd, Bob Dylan, The Who, Coldplay, and Blind Faith all in one recording? And yet the album hangs together as a cohesive whole with six very different pieces that flow from one to the next without any jarring changes in mood or styling. It’s interesting that most of the songs were written and recorded in the 1970‘s, but Curtin has updated them with her solo arrangements. This project was quite an undertaking, and I would say that it has succeeded very well!

Going to California begins with the title track. This song dates back to Led Zeppelin’s fourth album in 1971, the same album that introduced the world to “Stairway to Heaven.” “Going to California” is much more of a folk ballad than a rock anthem, and Curtin has captured that easy-going quality in her piano arrangement. “Us and Them” is from Pink Floyd’s 1973 monster hit Dark Side of the Moon. A very slow and melancholy song, Curtin expresses the deep emotions with her elegant playing rather than relying on words to get her point across. “Sara” was written as a tribute to Bob Dylan’s first wife in 1976. Warmth and tenderness are expressed with a graceful touch on the piano keys. “Can’t Find My Way Home” comes from Blind Faith’s 1969 debut. Without lyrics, the melody is front and center, and what a lovely, poignant melody it is! The Who’s “Love Reign O’er Me” (1993) has been one of my favorites for years and I wasn’t sure I’d like it as a piano solo, but Curtin’s arrangement is excellent. The raw emotional power of Roger Daltry’s voice might be a bit more refined here, but it’s still very intense and stirring. The last track brings us a back to the 21st century with Coldplay’s “Yellow,” which appeared on their 2000 debut album. A slow, bittersweet ballad with a beautiful melody, it’s a great way to end a most enjoyable album.

Going to California is available from www.joeycurtin.com, Amazon, iTunes, and CD Baby, and I highly recommend it!
January 22, 2012
Joey's Website Joey's Artist Page on MainlyPiano
Album Links
Amazon (referral)iTunes
This site contains affiliate links to products. We may receive a commission for purchases made through these links.
More reviews of Joey Curtin albums 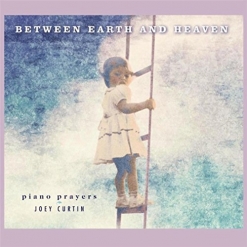 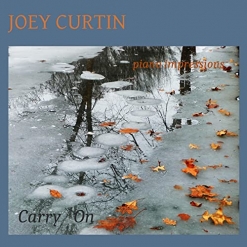 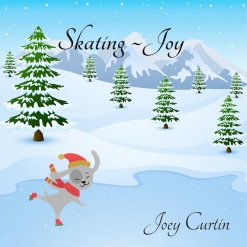