Marc's Website Marc's Artist Page on MainlyPiano
Album Links
Amazon (referral)iTunes
This site contains affiliate links to products. We may receive a commission for purchases made through these links.
Dreams of the Forest
Marc Enfroy
2012 / Dream Score Music
55 minutes
Review by Michael Debbage
Dreams of the Forest actually represents Enfroy’s fourth release in the same amount of years since his impressive debut. For all intents and purposes the musical creativity should be diluted with this prolific musical output. However, in the case of Enfroy his significant quantity has had no effect on his stellar quality as Dreams of the Forest continues to represent a hotbed of significant musical creativity.

Enfroy’s predecessor Unconditional featured the production qualities of Randy and Pamela Copus from 2002, as well as vocal assistance from Pamela stamping some of their musical DNA upon Enfroy’s magical melodies. This time around Enfroy decided to return to his roots and fly solo in the production arena though he sought out Will Ackerman’s engineer Corin Nelsen to mix the album. This resulted in Enfroy’s sensational yet sensitive symphonic strings returning to center stage with Jack Chen and his flute and piccolo returning for the third time in row utterly complimenting Enfroy’s plush piano work. Their first prominent musical collaboration can be heard on the mystical and moving harmonies found on “Waiting For Sunrise”. Chen’s presence, to a lesser extent, is also featured on the more reflective “Goodbye Summer”, “Pines In The Mist” and “The Return Of Spring” all with similar lush moments.

Otherwise, Enfroy takes full advantage of his moving melodies to feature his piano work and delectable string arrangements to create very passionate music such as the awe-inspiring “Miracle In The Glade” or the graceful “Woodland Waltz”. Similar passionate conclusions can be found on “In The Still Air” yet with a very different approach of using open musical spaces, giving you the listener the opportunity to inhale the sweet musical notes. The only complaint is the song’s duration at just under two minutes leaving you craving for more.

So four years and four albums later, despite the grueling pace Marc has placed on himself, there is no sign of diminishing returns. Enfroy continues to create and produce top shelf material that will astonish any of his peers or critics for that matter. The only challenge Marc Enfroy faces is how to continue this pace or outdo himself creatively as Dreams of the Forest continues to show an artist that is still on a creative hot streak.
September 29, 2012
This review has been tagged as:
Michael's Favorites: 2012
Marc's Website Marc's Artist Page on MainlyPiano
Album Links
Amazon (referral)iTunes
This site contains affiliate links to products. We may receive a commission for purchases made through these links.
More reviews of Marc Enfroy albums 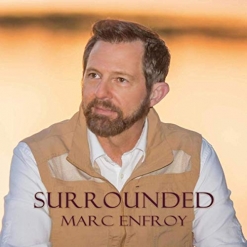