Mark's Website Mark's Artist Page on MainlyPiano
Album Links
Amazon (referral)iTunes
This site contains affiliate links to products. We may receive a commission for purchases made through these links.
Legacies
Mark Freshwater
2015 / Mark Freshwater
56 minutes
Review by Kathy Parsons
Legacies is the fourth album released by pianist/composer Mark Freshwater, beginning with his 2013 debut, Nuevo Piano. The fifteen tracks include Freshwater’s original compositions as well as arrangements of familiar and not-so-familiar tunes. The piano is front and center on most of the pieces, and others are performed on keyboards with various instrumental accompaniments. The theme of the album is those intangible gifts handed down from ancestors, predecessors, or simply from the past. Photos included with the CD include the family home, photos of Freshwater’s parents, the Titanic, and an unassuming Methodist Church in Ohio that I assume Freshwater grew up in. With themes that are both very personal and often universal, Freshwater’s music takes us on a journey to moments of his life and the legacies that were handed down to him.

Legacies begins with “January,” a piece that sounded new and fresh as it was being created, much like the start of a new year. Slow, relaxed, and sweetly melodic, it’s a lovely piano piece enhanced with synth strings and a touch of organ. “Perfidia” is a jazz classic that Freshwater’s dad played in his jazz combo, and his mother also had her own piano version. Arranged in three sections, the first part is an original Latin-influenced introduction. “Talisman” makes reference to superstition with piano, strings (synth), and keyboard effects. Dark and mysterious, this is one of my favorites. “Mandala” is quite an interesting and meditative duet for piano and bass. “Mornings Fog” was created from a melody that appeared while driving in heavy fog. Very soft, graceful, and haunting, it’s another favorite that I think would be even better as a piano solo. The gentle, graceful melody of “Esperanza” carries a message of hope - simple yet very poignant. “Au matin calme” is much more orchestrated (keyboard), and creates a relaxed quiet mood. “Aura Lea” is a very familiar folk song that dates back to the Civil War. Through the years, other lyrics have been added to the melody; the best-known is probably Elvis Presley’s “Love Me Tender.” “Titanic (Songe d’automne)” is Freshwater’s arrangement of the waltz that is believed to have been played as the Titanic was sinking in 1912. The beautiful melody conveys a sense of doom and despair, as does the haunting instrumentation. “Song for Sarahs” is a title that honors both Freshwater’s grandmother and granddaughter - a legacy in itself! The album concludes with Freshwater’s arrangement of “Amazing Grace,” inspired by memories of the song being sung and played in church and at home. Freshwater added many of his own touches, but the melody is strong and evocative, performed on piano and organ.

Mark Freshwater’s four albums are quite different from each other, reflective of his varied musical training and experiences. Legacies is available from Amazon, iTunes, and CD Baby. Check it out!
May 25, 2015
Mark's Website Mark's Artist Page on MainlyPiano
Album Links
Amazon (referral)iTunes
This site contains affiliate links to products. We may receive a commission for purchases made through these links.
More reviews of Mark Freshwater albums 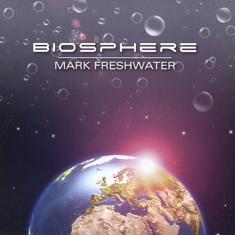