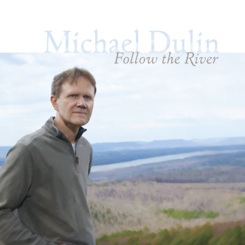 Michael's Website Michael's Artist Page on MainlyPiano
Album Links
Amazon (referral)iTunesSongbook Review
This site contains affiliate links to products. We may receive a commission for purchases made through these links.
Follow the River
Michael Dulin
2008 / Equity Digital
59 minutes
Review by Michael Debbage
After releasing two exquisitely romantic albums of original material earlier this decade in the form of The One I Waited For and Atmospheres, Dulin could have played it safe. Instead he decided to roam a little and play somewhat of a renegade and presented us with a more compelling and challenging album. His first album of original material in six years, Follow the River is much like the many stages of a river, starting with its quiet origins to the meandering middle, to its concluding basin, it has a bit of everything for everyone.

Dulin cascades the album with the title track that is playful and as the song initially tinkers like the beginning of a river it builds in energy touching on contrasting moments of reflection and bravado. Essentially the album captivates the moods and emotions of the entire album that displays the many shades and colors of Dulin. The follow up track, “A Mother’s Love,” brings the point home as Michael reminds his listeners how soft his touch and tone can be. Fans of his earlier material will eat this up. The same can be said for the swaying soft strokes of “Siren Song,” embellished with the uncomplicated sampled orchestration. Though not quite as overstated, “Regret” has a similar flow to it that is simple and precise.

Those of you continuing to seek Dulin’s more commercial efforts may find the classically based “Nimrod” and “April Showers” taxing. However, if you are unable to fully appreciate the musical presentation you may enjoy his enthralling performances that at times sound frantic especially on “April Showers.” Dulin even dabbles with smooth jazz courtesy of the “Promised Land” that features Bill Monk on bass and Michael Panepento on drums. Similar bait is cast on “Gone Fishin’” and while the arrangement is lighthearted a repeat visit from the aforementioned guest artists would have been preferred.

Though continuing to be very comfortable as a contemporary instrumentalist, Dulin is more than capable of displaying his classical roots yet still making his music warm and accessible. Along with his jazz escapades, it is apparent that Dulin is more than capable of mastering more than one genre which is both the strength and weakness of his latest recording effort. Nevertheless, Follow the River though demanding at times reflects another outstanding recording from Michael Dulin.
May 2, 2008
Michael's Website Michael's Artist Page on MainlyPiano
Album Links
Amazon (referral)iTunesSongbook Review
This site contains affiliate links to products. We may receive a commission for purchases made through these links.
More reviews of Michael Dulin albums 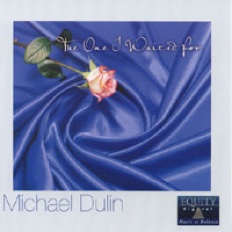 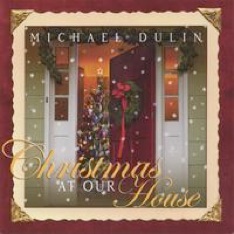