Peter's Website Peter's Artist Page on MainlyPiano
Album Links
Amazon (referral)iTunes
This site contains affiliate links to products. We may receive a commission for purchases made through these links.
Carpe Noctem
Peter Calandra
2018 / PCM
50 minutes
Review by Kathy Parsons
I’ve been reviewing music for more than twenty years, so it takes a lot to make my jaw drop. Peter Calandra’s Carpe Noctem is a rare album that takes my breath away and makes my jaw drop! “Stunning” is the one-word description that immediately comes to mind. There have been many instances of an artist performing as a “one-man-band,” but on this album, Calandra is a one-man symphony, choir, composer, orchestrator, programmer, engineer, digital sequencer and performer. AND he did the album artwork and design as well. He had some mixing and mastering assistance from Ken Freeman, but otherwise, it’s all Calandra. When he asked me about reviewing the album, Calandra introduced it by saying: “basically it is an album of ambient-sacred-orchestral music. When i was in undergrad school, i sang in the choir and we performed quite a bit of sacred music with the text in latin. Music by Mozart, Bach, Beethoven etc and it's always been in my mind to write and record an albums worth of this kind of music.” And that’s exactly what he did.

If you are not familiar with Peter Calandra’s name, it’s still very likely that you’ve heard his music. He has scored more than seventy films and has written more than 2000 compositions for television. He has composed music for every major television network and has been nominated for several prestigious awards. Carpe Noctem is the sixth album of Calandra’s music that I’ve reviewed and all of them are very different from each other. In addition to all of the above, Calandra is on the faculty at the Aaron Copland School Of Music at Queens College, CUNY.

I really like all eleven of the pieces on the album, but I’ll mention a few favorites. Carpe Noctem begins with “Agnus Dei (Lamb of God),” a light and gentle piece for choir and orchestra that makes me think of the warmth and renewal of spring. Carpe Noctem translates as “Seize the Night,” and the title track is peaceful and just a bit somber. Pizzicato strings suggest the stars appearing in the darkening sky as choral voices and ambient instrumentation create a calming setting as nighttime settles in. “Aurora Scandere’ (Dawn Rising)” beautifully captures the stillness of dawn and gradually builds. I love the gentle intensity that begins in the middle of this piece and becomes more dramatic as it evolves - a favorite! “Crucifixus (Crucifixion)” for choir and orchestra is one of the most powerful musical expressions of unbearable tragedy and mourning I’ve ever heard and is as beautiful as it is heartbreaking. “Invictus Bellator (Unconquered Warrior)” is another favorite. The beginning is rather darkly ambient and mysterious, gradually developing an even tempo/rhythm and a simple keyboard melody with strings and choral voices providing the supporting background. About four minutes in, the rhythm intensifies and the piece becomes more celebratory and triumphant. I also really like “Luna Benedictus (Moon Prayer).” It is one of the shorter pieces, but is perfect in its brevity. Ambient and a bit more new age-sounding than some of the otherpieces, it’s a nice contrast to the bigger, more orchestral works. “Spiritus Mundi (World Spirit)” is a wonderful expression of what the world should feel like - peaceful, warm, loving, compassionate, and unified (my interpretation!) - and brings the album to a very satisfying close.

I can guarantee that Carpe Noctem will be on my Favorites list for 2018! What an amazing work of art! It is available from Amazon and iTunes. I give Carpe Noctem my highest recommendation!
July 27, 2018
This review has been tagged as:
Kathy's Favorites: 2018Kathy's Picks
Peter's Website Peter's Artist Page on MainlyPiano
Album Links
Amazon (referral)iTunes
This site contains affiliate links to products. We may receive a commission for purchases made through these links.
More reviews of Peter Calandra albums 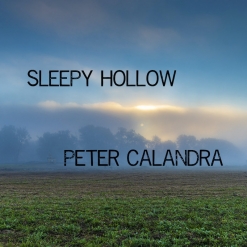 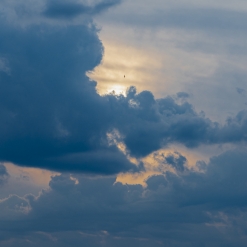 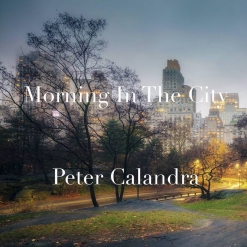