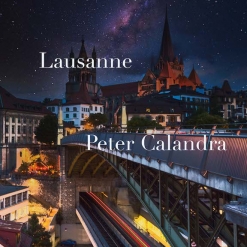 Peter's Website Peter's Artist Page on MainlyPiano
Album Links
Amazon (referral)Apple/iTunesSpotify
This site contains affiliate links to products. We may receive a commission for purchases made through these links.
Lausanne (single)
Peter Calandra
2022 / PCM
8 minutes
Review by Kathy Parsons
"Lausanne" is part of a continuing series of singles released by pianist/composer Peter Calandra. The release date (October 15, 2022) marks the one-year anniversary of when Peter started releasing at least two singles a month, sometimes more. (Several months have included additional singles of a jazzier nature as Pete Calandra and Straight Up. If you haven't heard any of those, be sure to check them out! I've reviewed most of them.) Named for the second-largest city on Lake Geneva, a beautiful photo of Lausanne, Switzerland graces the cover of the single.

As is true of many of Peter Calandra's releases, it is impossible to put "Lausanne" into one specific genre. Composed for solo piano, elements of jazz, classical, ambient/new age and even some blues are woven together to describe different aspects of the city it is named for - a fascinating mini musical travelog! Sometimes velvety-smooth and elegant, and sometimes even a bit on the funky side, it's another great piece from one of my favorite pianist/composers!

"Lausanne" is available from Amazon, Apple Music/iTunes and streaming sites including Spotify. Both thumbs up!
October 15, 2022
This review has been tagged as:
Latest ReviewsSingle Release
Peter's Website Peter's Artist Page on MainlyPiano
Album Links
Amazon (referral)Apple/iTunesSpotify
This site contains affiliate links to products. We may receive a commission for purchases made through these links.
More reviews of Peter Calandra albums 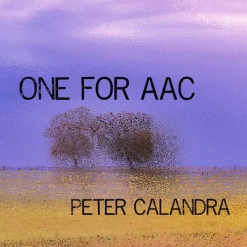 One For AAC (single)
2022
Single Release 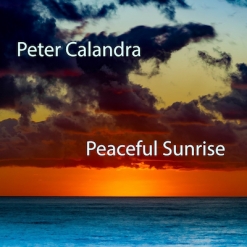