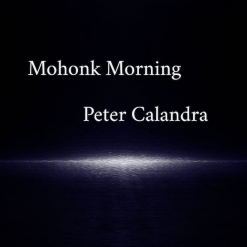 Peter's Website Peter's Artist Page on MainlyPiano
Album Links
Amazon (referral)YouTube VideoApple Music/iTunesSpotify
This site contains affiliate links to products. We may receive a commission for purchases made through these links.
Mohonk Morning (single)
Peter Calandra
2022 / PCM
5 minutes
Review by Kathy Parsons
Peter Calandra has been releasing at least two singles a month for well over a year now - both under his own name and as Pete Calandra and Straight Up. "Mohonk Morning" is his last release for 2022, and what a beauty it is! Fully orchestrated along with piano, wordless vocals and synth enhancements, this piece captures the peaceful beauty of an early morning in nature. Peter is a New York resident, and Mohonk is a lake and preserve as well as a resort area in the Hudson Valley. It looks like a wonderful place to relax, rejuvenate and be inspired by the tranquil beauty that surrounds it. Peter's music conveys all of that. There is a video Peter filmed at the Mohonk Preserve on YouTube with this recording as the soundtrack. It's called "Hybrid Orchestral Film Score: Rainy Morning at the Mohonk Preserve" and the visuals are stunning. I was really surprised at how similar much of the plant life (and fog) is to what is here in The Pacific Northwest. Both the music and the visuals are very soothing and calming! Love 'em both!

"Mohonk Morning" is available from Amazon, Apple Music/iTunes and streaming sites such as Spotify. I very highly recommend both the single and the video!

December 14, 2022
This review has been tagged as:
Latest ReviewsSingle Release
Peter's Website Peter's Artist Page on MainlyPiano
Album Links
Amazon (referral)YouTube VideoApple Music/iTunesSpotify
This site contains affiliate links to products. We may receive a commission for purchases made through these links.
More reviews of Peter Calandra albums 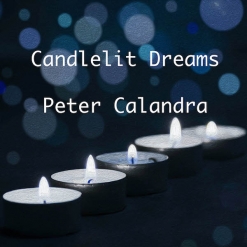