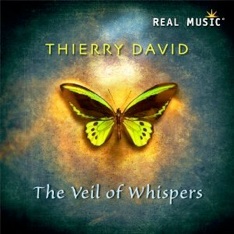 Thierry's Website Thierry's Artist Page on MainlyPiano
Album Links
Real MusicAmazon (referral)iTunes
This site contains affiliate links to products. We may receive a commission for purchases made through these links.
The Veil of Whispers
Thierry David
2011 / Real Music
62 minutes
Review by Kathy Parsons
The Veil of Whispers is the third Real Music release from French musician/composer Thierry David, and is a collection of thirteen pieces the artist considers to be his “most significant,” re-recorded and compiled to become the soundtrack to David’s own fantasy world. Thierry David has lived for extended periods of time in different parts of the world, including time spent as a student at the prestigious Berklee School of Music in Boston, and the musical influences from various cultures are a natural component of his music. In addition to David’s keyboards and piano, he is joined by by Claude Samard and Nguyen Le on guitars, Steve Shehan on percussion, and Audrey, Jade, Juvie, and Marcia on vocals. The Veil of Whispers is a very enjoyable journey through a vast and diversified musical landscape that features a melding of Eastern and Western musical traditions.

The opening track, “Scene Through the Mist,” is a darkly haunting piece, perhaps from a time long ago. Audrey’s voice casts a spell and the ambient music suggests a mysterious setting that is not without an element of danger. I really like “L’Invitation au Mystere,” with its gentle but hypnotic rhythm and simple, floating melody. “Attraction Beckons” features Jade’s voice as the lead “instrumentalist.” Her sultry voice and wordless vocals send the music soaring with layers of simple ambient instrumental accompaniment. Occasionally, a guitar takes the melody, but this is mostly Jade’s piece. “Pastel Footprints” is an intriguing vocal duet, although no vocal credits are given for this track. A mysterious element still prevails, but so does a feeling of contentment and ease. “Orient Priestess” again features Jade, but this time the style of the piece is more akin to Chinese opera. “Persuasion’s Dance” is another favorite. The rhythms are gently hypnotic as a variety of colorful sounds wash over them. Love it! “Sigh of the Goddess” is a magical piece that features three of the female voices floating above pastel washes of instrumental sound. Very soothing and peaceful. “A Familiar Groove” brings us to the end of our journey, pleasantly spent and feeling good.

If you enjoy cinematic music that presents a soundtrack for the imagination, this is a great selection! It is available from most retail music outlets online and wherever Real Music’s releases are available in stores. Check it out!
June 19, 2011
Thierry's Website Thierry's Artist Page on MainlyPiano
Album Links
Real MusicAmazon (referral)iTunes
This site contains affiliate links to products. We may receive a commission for purchases made through these links.
More reviews of Thierry David albums 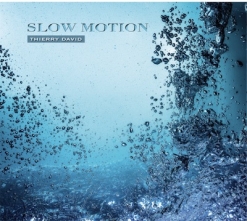 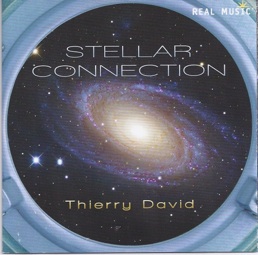