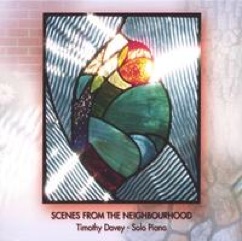 Timothy's Website Timothy's Artist Page on MainlyPiano
Album Links
Amazon (referral)iTunes
This site contains affiliate links to products. We may receive a commission for purchases made through these links.
Scenes From the Neighbourhood
Timothy Davey
2005 / Lying Down Music
54 minutes
Review by Kathy Parsons
Scenes From the Neighborhood is Australian pianist/composer Timothy Davey’s follow-up to his 2001 debut, Uncovered Keys. My initial reaction to this CD was “Wow!” and the more I listen to it, the more I utter that one-word review. If this CD doesn’t bring Timothy Davey worldwide recognition, the music world is in much worse shape than I feared. The music is complex, yet very accessible, and there is a variety of playing styles that dovetail into each other seamlessly. When I reviewed “Uncovered Keys,” I kept hearing what I thought was Philip Aaberg’s influence, but when I asked Mr. Davey if he knew Aaberg’s music, he surprised me by saying that he had never heard of him. That has now changed and there is much mutual admiration. Both are phenomenal pianists who play deeply emotional music, so if you like Aaberg’s music, Davey’s is a must. The CD consists of fifteen original solo tracks and a bonus video of “Before I Knew” as a duet with Davey on piano and Loretta Mongelli on violin. Davey’s classical roots are apparent in his music, but his style is interwoven with jazz, new age, and his love for bluegrass guitar, making his musical voice unique and unclassifiable (a good thing!). The extensive liner notes tell of the meaning of each of the pieces, and also give us a glimpse of the artist himself.

All of the pieces on this album are excellent, so I’ll tell you about a few favorites. The opening track, “Out Walking,” got me from the very first. The rhythm is the pace of a brisk walk and remains steady while the right hand improvises all over the piano, much as the mind does when you go for a long walk by yourself. The freedom of that feeling comes through loud and clear, as does the sense of peace and even the exhilaration of being out in the fresh air. This is truly an amazing piece. “The Spaces In Between” is much quieter and more introspective, reflecting on how distance in time or space cannot break the bonds between ourselves and those we love. “Gratitude” is a gently rhythmic piece about the continuity one’s mother provides throughout our lives. The piece goes through many key signature changes, but the melody stays the same. Both versions of “Before I Knew” are gorgeous - reflective, deeply personal, and conversational. “Dry Creek Breakdown” is a joyous recollection of childhood riding bikes at the salt flats, imagining being on desert planet. A buoyant spirit and sense of mysterious fun make this another standout. “Sons of the Blue Funk Frontier” is a “blues inspired rumble that threatens to break into a barrelhouse boogie style.” This piece clearly demonstrates that the blues is far from being uniquely American and is a slinky toe-tapper. Several of the pieces are almost ambient in their quiet simplicity. One of those is “Distant Starlight,” which harkens back to childhood, watching the summer night sky, looking for satellites and falling stars. The sparkling quality of the treble notes contrast beautifully with the deep bass. “Gaudeamus” is a tour de force that highlights Davey’s delicacy as well as his power, so the CD also ends with a resounding “Wow!”

Excellent from start to finish, Scenes From the Neighborhood will definitely be on my “Top 10” for the year. It is available from cdbaby.com. Very highly recommended!
August 30, 2005
Timothy's Website Timothy's Artist Page on MainlyPiano
Album Links
Amazon (referral)iTunes
This site contains affiliate links to products. We may receive a commission for purchases made through these links.
More reviews of Timothy Davey albums 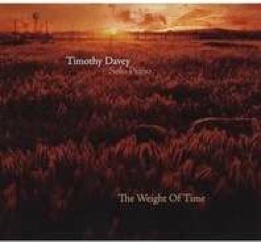 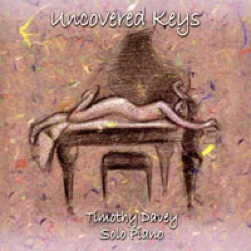