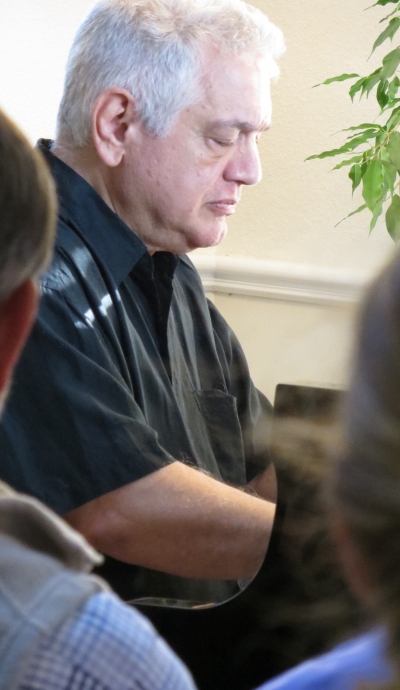 Edmond Paul Nicodemi is an exceptionally versatile pianist/composer/guitarist/producer/ multi-instrumentalist (whew!) from New York. I first heard his music when I reviewed his Parallel Solitudes (2004) album back in 2006. Ed and his wife, vocalist and songwriter Carol Nicodemi, did a house concert here in July 2017, and it was great to meet them and experience their music live! Like many artists, Ed has been releasing singles the past couple of years and is getting ready to release a full solo piano album in the near-future. This seemed like a good time to catch up, so here is the interview we did via email in August 2022.


EPN: Hi Kathy, Carol and I are doing well, both personally and professionally!


KP: I'm so glad! It’s really hard to believe it’s been five years - almost to the day! - since you and Carol were here in Florence, OR for a house concert! We were going to do another concert here the summer of 2020, but we don’t even have to explain what happened to that one! Are you starting to do live performances again?


EPN: We were both dormant at first, when the pandemic happened, then somehow decided to utilize the time composing and writing songs, resulting in some upcoming projects we can talk about later. But work is starting to pick up, and we’re finally back to performing in-person! In fact, we just did four Public Library programs, with one more coming later this month and more on the docket for Fall. We’re adding the finishing touches to an all-original third children’s album, and I’m preparing to release a piano album of original solo piano pieces with Adam Ali playing.


KP: That's a lot to look forward to! I know quite a few artists who do some cross-over into various genres of music, but you have been exceptional in that regard. Some of your albums are jazz, new age, ambient, folk, and even music for children. That must keep you on your musical toes! You’ve also done soundtrack work for films and television. How did you and your music become so eclectic? 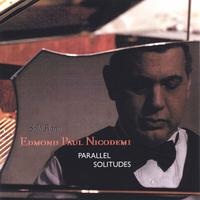 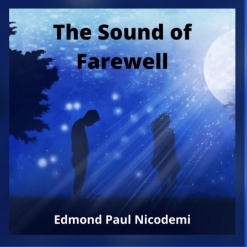 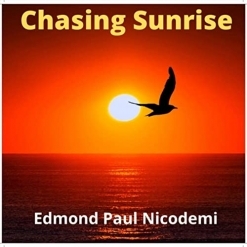 Click on album covers
to go to Kathy's reviews


EPN: Ha ha ha. The simple answer to that question is that I get bored easily doing just one thing, both as a composer and as a listener of music. My musical tastes are all over the map, and that is reflected in my performing and composing. I love the symphonies of Anton Bruckner, the songs of Leonard Cohen and Joni Mitchell, the piano stylings of Bill Evans and George Winston. To relax, I like to junk out to ABBA.


KP: Like many artists, you have been releasing a series of singles rather than full-length albums. The most recent one is “The Sound of Farewell,” which is a beautiful piano solo. Tell us about that.


EPN: "The Sound of Farewell" was composed in memory of my late aunt. I saw a picture, shed some tears and immediately went to the piano and the piece was born. Of course it can apply to any type of farewell between two people.


KP: I really like “Chasing Sunrise,” too. What is it about?


EPN: "Chasing Sunrise" is a title my daughter Elyse came up with. The piece is my way of expressing hope for each new day in the middle of our crazy world, as well as my attempt to master minimalism.


KP: You are a really good pianist, so I was surprised that you had Adam Ali play on both of those singles. Why did you have someone else play the pieces?


EPN: Well, thank you for the compliment! I heard Adam Ali play in concert, and he was looking for original piano pieces. I immediately thought that he could give a new, youthful perspective to my music. I plan to release an album of him playing my works. (After the sessions, I asked myself, “Eddie, did you actually write these pieces?”)


KP: Wow! That's really interesting! Last year, you were a “contributing artist” on Carol’s single and EP, Make a Happy Face, which is music for children and is SO much fun! What was your part on those two releases?


EPN:  With the exception of percussion, I tracked all of the instruments for Make a Happy Face. I even played the theremin to evoke a scary sound. I am co-writer of the songs on the album. (Carol wanted to make sure I added that!)


EPN: What’s next, for Carol and myself, aside from the Children’s CD, is an album of introspective piano and vocal ballads, tentatively entitled Slice of Life. As for me, I’m planning another solo piano album/ piano/cello album, maybe even with piano/percussion. A new CD of my originals. This time I will do the playing. 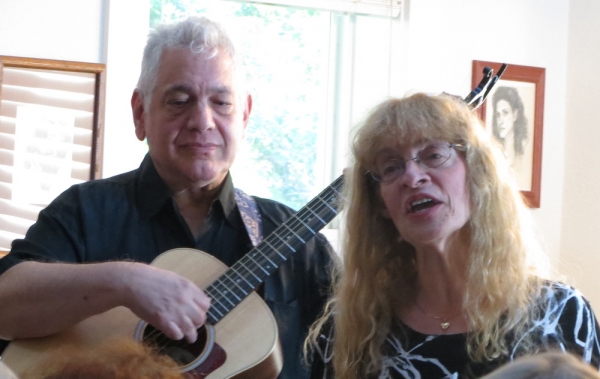 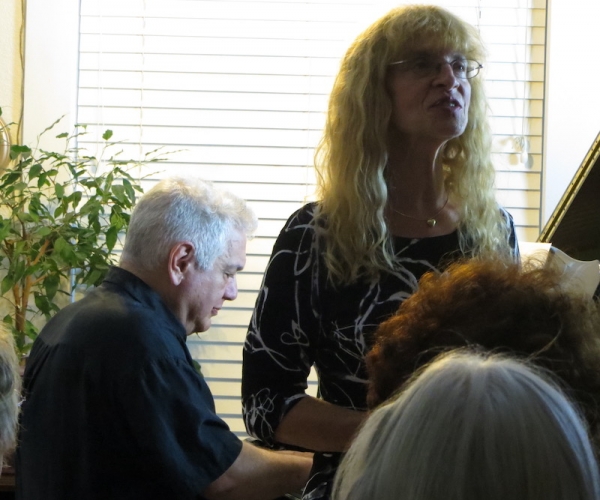 
KP: How has the pandemic affected your music and your career?


EPN: The pandemic was ironically advantageous for us. We were forced to be creative since we couldn’t go anywhere. And we ended up writing a bunch of new songs and piano pieces. I’m still renewing my classical guitar skills as well, something that was important to me years ago.


KP: Have you continued to teach?


EPN: At present, I have one piano student and one guitar student. Now that it’s relatively safe, we do in-person classes.


KP: I didn't know that you teach piano and guitar.


EPN: Yes, I have always taught both.


KP: The first album of yours that I reviewed was Parallel Solitudes. It was released in 2004, but I reviewed it in 2006. Was that your first album or did you have releases prior to that one?


EPN: There was an album before Parallel Solitudes called Old Simple Times, released in 2001. Pieces from that album, including some with piano/strings, resulted in sync placements, for which I got royalty payments. That was thrilling!


KP: I'll bet! Let’s talk about your background a bit. Where were you born and where did you grow up?


EPN: I was born in Brooklyn, NYC. That’s where I spent my childhood into my early twenties. As a young teenager, I played keyboard in a local band. I’m not aware of it, but when people speak to me, they say they can still pick up my Brooklyn "accent."


KP: How old were you when you got interested in music and started lessons?


EPN: I started piano lessons at the Brooklyn Conservatory of Music when I was 8. At 12, I became a self-taught finger-style folk guitarist.

EPN: I honestly don’t remember exactly how old I was when I wrote my first song, but I would approximate 14 or 15. 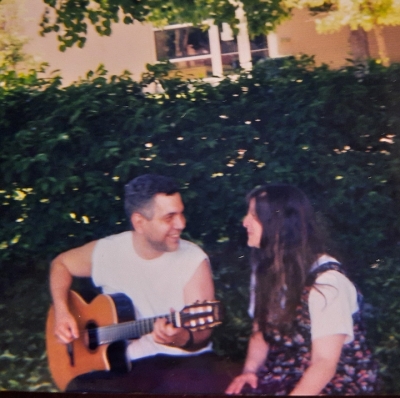 Ed and Carol outside the Music Building at Queen's College. 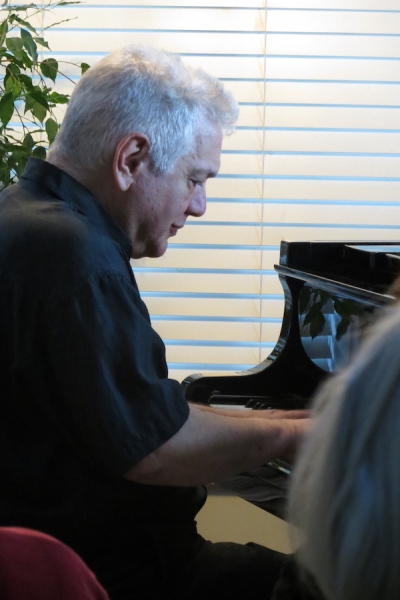 KP: When and how did you and Carol meet?


EPN: I met Carol Finesilver at Queens College, where both of us were music majors and were in some classes together. One day, we did an impromptu version of "Bridge Over Troubled Water" in between classes on the lawn outside of the music building. We connected musically, then personally - and have been doing music and together ever since.


KP: Nice story! Did you start collaborating on music right away?


EPN: We first started singing popular folk songs of the time, (it was the 60s and 70s after all,) then started doing some song collaborations of our own. In the beginning, I was the one who had written more songs. I would play one of my songs and Carol would sing it. Sometimes the lyrics would change, sometimes the melody. A lot of the time the songs remained as I wrote them. But I tended to defer to Carol in most of the changes because I respect her as a musician. In the last 20 years, after our two beautiful children were independent, Carol came into her own as a songwriter and our collaborations have really blossomed. They include Folk, Jazz, Bossa Nova, Singer/Songwriter and of course Children’s music.


KP: How many albums have you released?


EPN: I’d say that I released about ten CDs in total, either with Carol or as a solo artist.


KP: What kinds of soundtrack work have you done?


EPN: My soundtrack work has been featured on Dateline NBC, the Today Show, and the History Channel. One of my piano pieces, "Toy Piano," can be heard in the movie Fully Loaded. It is featured toward the end in an emotional, key scene in the movie.


KP: What have been your most exciting musical experiences so far?


EPN: I would have to say that Parallel Solitudes and the upcoming album with Adam Ali are my favorite piano projects. And Songs For a Christmas Night was a peak experience for Carol and me. Performing the house concert at your house five years ago - speaking about exciting musical experiences - would be saving the best for last! That was AMAZING!


KP: It was a lot of fun and the audience loved it! I hope we can do it again soon!

Over the course of your life, who and what have been some of your biggest musical influences?


EPN: As a teenager, Paul Simon was a big influence as well as Pentangle. I probably model my folk guitar on Bert Jansch. My favorite composers are Gustav Mahler, Anton Bruckner. I love Bill Evans, Andres Segovia and George Winston. I was a big opera lover for a while, and Puccini, Rossini and Bellini-anything Italian-were passions of mine. Listening to arias probably helped me shape my melodies.


EPN: My three wishes would first be for Carol and me to remain healthy so that we can continue composing, writing songs and performing. Second - having our two children and all four of our grandchildren thrive despite the challenges of the 21st century. My third wish is for the Democrats to control the Senate after the Midterms.


KP: Is there anything else you'd like to "talk" about?


EPN: I can’t think of anything else to add, but thank you, so much, Kathy, for letting me share my thoughts. My regards to your mom, Carol!


KP: Thanks for chatting, Ed! Very best to you and your Carol, too! 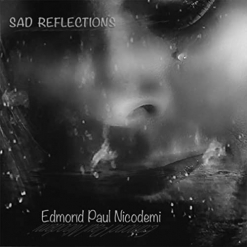 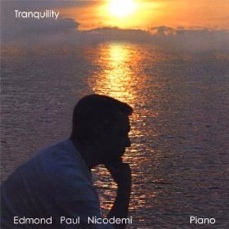 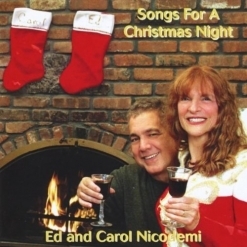 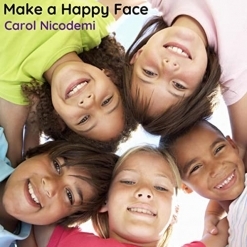 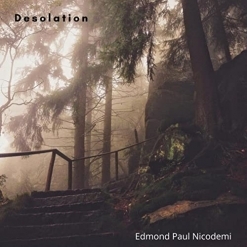 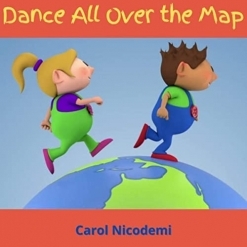 For more information about Edmond Paul Nicodemi and his music, please visit his website and his Artist Page here on MainlyPiano.com.