Greetings!
How did it get to be Dads’ and Grads’ month again so quickly? It’s been another busy and productive month here, so there is much to share with you.
More than 100 descendants of J.S. Bach have been cathedral organists.

Bartolomeo Cristofori was the keeper of the instruments in the Florentine Court. It was previously thought that he invented the piano in 1709, but he may have built the first one as early as 1694. He had sold three of them by 1711.

The most widely-sung song in English is "Happy Birthday to You," by Mildred and Patty Hill. It was originally called "Good Morning to You."
New Reviews: I reviewed fifteen new albums and one songbook in May! Whew!!! Recently-reviewed albums include new releases by David Hicken, Michael Hoppe, Rhonda Mackert, Jill Haley, and a very promising new artist named Estela. You can see them all here. The new sheet music book is by David Hicken and is the companion songbook to his new Transitions album. View that one and many others here.
In the early 1900's, dime stores had sheet music counters. Pianistic salesgirls were hired to demonstrate music as well as to entertain the customers.

The first words ever spoken in a feature motion picture were, "Wait a minute! Wait a minute! You ain't heard nothin' yet!" spoken by Al Jolson in the 1927 release of "The Jazz Singer."

There is actually an injury called “glissando thumb” caused by pianists sliding their thumbs up and down the keyboard too often.
June House Concerts: We have three concerts coming up this month. On June 2nd, Neil Patton will be here. This concert has been postponed!!! Neil is one of my all-time favorite pianist/composers, and it is always such a treat to have him play here. Here is the flyer with the info.

On June 23rd, John Nilsen will be with us for a wonderful evening of piano music and stories. John hasn’t been here for several years, so it will be great to welcome him back. Here is the flyer for that concert.

On June 30th and July 1st, Native American flutist Gary Stroutsos will perform two concerts. I don’t have all of the info yet, but will very shortly. You can always check the concerts pages on MainlyPiano for the latest updates. THESE TWO CONCERTS HAVE BEEN CANCELLED.

Francis Hopkinson of Philadelphia published his "Six Songs for the Harpsichord or Pianoforte" in 1787 and claimed to be the first native-born American to produce a musical composition. He dedicated the pieces to George Washington.

A 5-movement sonata for piano and dog was performed at a Carnegie Hall concert and on TV. It was written by Julliard-trained composer, Kirk Nurock. The sonata is an elaborate 35-minute piece composed and performed by a (human) pianist and "sung" by three dogs.

The history of the piano does not coincide with the development of musical genius; it follows the development of industry and commerce - supply and demand.
Mark Kroos’ Concert: We had two excellent house concerts that were very different from each other in May. Guitarist Mark Kroos was here on May 4th and performed on his double-neck guitar as well as his traditional acoustic guitar. It was his first concert here and everyone really enjoyed it! Mark and his wife, Nora, are on an eight-month tour of the US and Canada, and I’m so happy they made a stop here! Here are some photos: 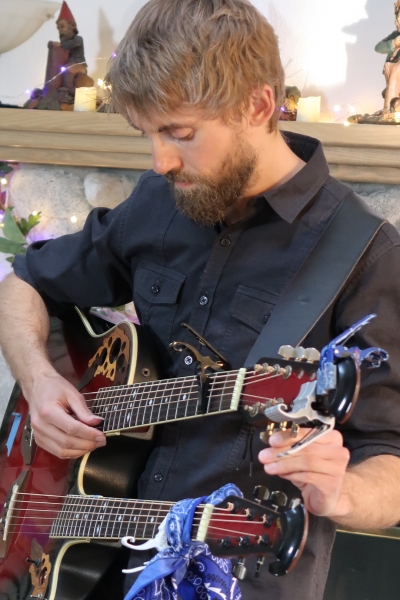 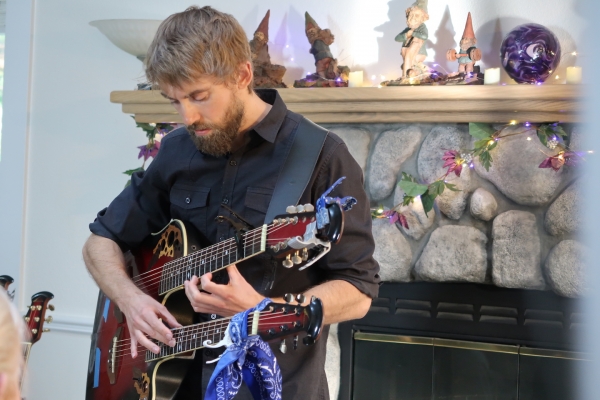 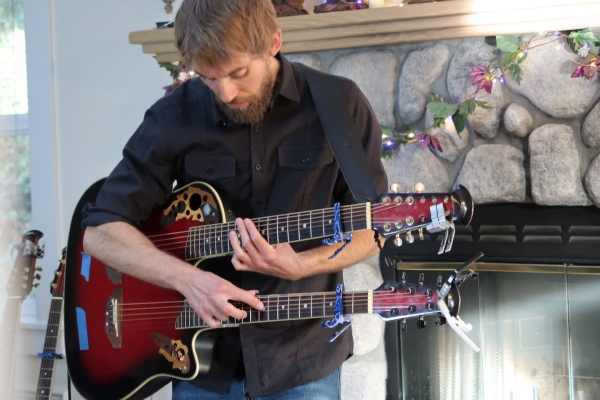 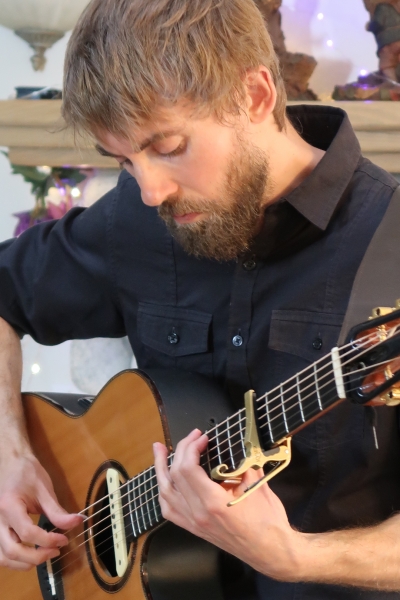 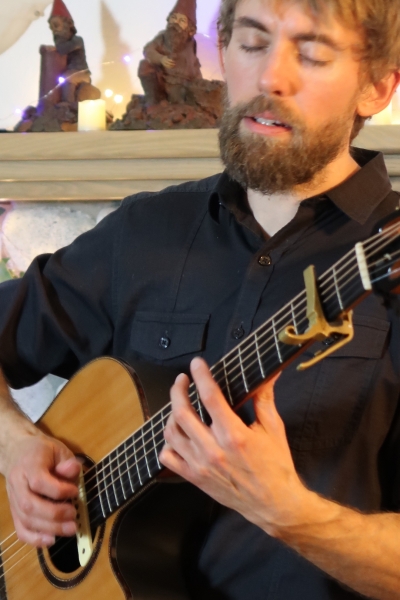 In 1894, Emile Berliner started recording music onto discs. 78 rpm discs with 4 1/2 minutes of music on each side became the standard recording format for the next fifty years.

The song that begins "Take me out to the ball game" was written about a young lady named Katie Casey who compulsively spent all of her money on baseball tickets, peanuts, and popcorn.

There are more bagpipe bands in the United States than there are in Scotland.

Oscar Green’s Concert: On May 23rd, Eugene pianist/composer Oscar Green performed his first concert here. The first half featured Oscar’s solo piano arrangements of favorite Beatles songs, and the second half was a series of waltzes composed in the style of Chopin. Both sets were exceptional, and it was a delight to meet Oscar and much of his family. Here are some photos of that concert: 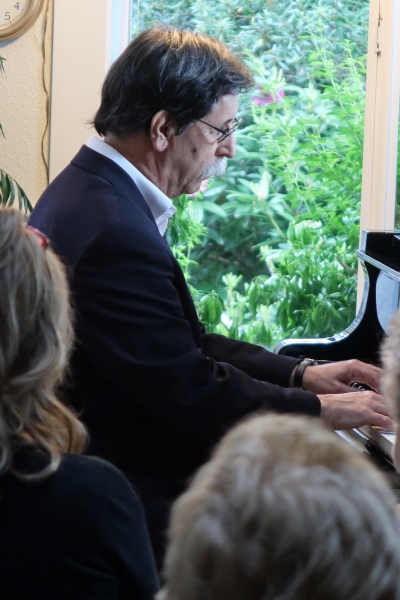 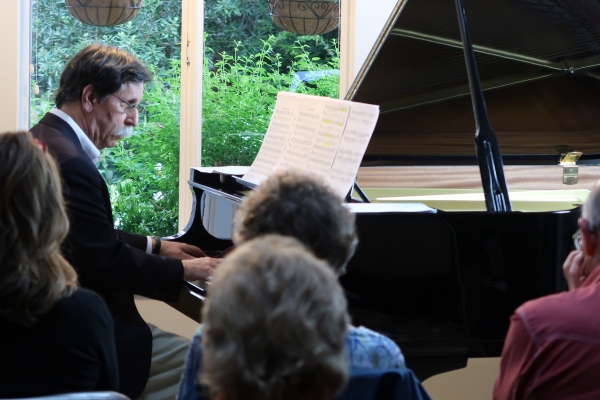 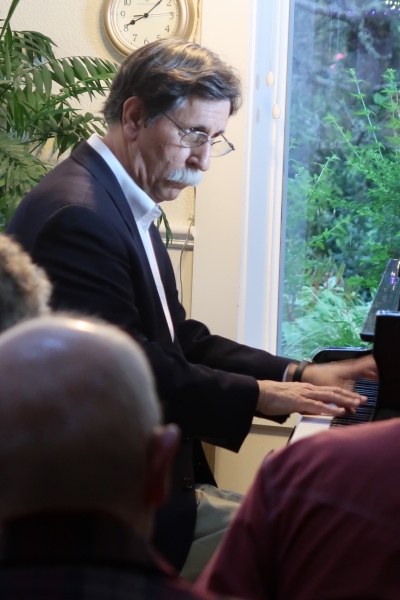 Willie Nelson started playing guitar in local German and Czech polka bands when he was 10.

According to a newspaper estimate in 1791, about twenty-seven Boston families owned pianos. All of the instruments were made in London.


House Concert Schedule: Here is how the concert schedule looks for the rest of the year. All concerts are at 7:00 PM unless noted:

I am taking reservations for any and all of these concerts.

Among show business people, comedians have the lowest divorce rate.

Liberace had so many face-lifts that he could not close his eyes. He had to put drops in them every two hours at night to keep them from drying out as he slept.

Louisa Catherine Adams, the wife of John Quincy Adams, played both piano and harp. Her piano is the earliest surviving White House piano, and is on exhibit at the Smithsonian Institution.


June Birthdays: I’m always kind of amazed at how many pianists and other musicians have June birthdays. There will be a lot of candles to be blown out this month, so carry a fire extinguisher!


In 1877, Thomas Edison created a device that recorded sound on tin foil-covered cylinders. He called it a phonograph.

When he died, Glenn Gould, one of the greatest pianists of all time, left half of his estate to the ASPCA, and the other half to the Salvation Army.


Here’s to a great start of the summer! Happy Father’s Day to the dads, Happy Graduation to those moving to the next level, and Happy June to all! I'm ending this month's issue with some recent photos of the rhododendron and iris explosion that happened in our yards in May.


Most American car horns honk in the key of F.

Songs of whales are reported to rhyme. How can they tell? 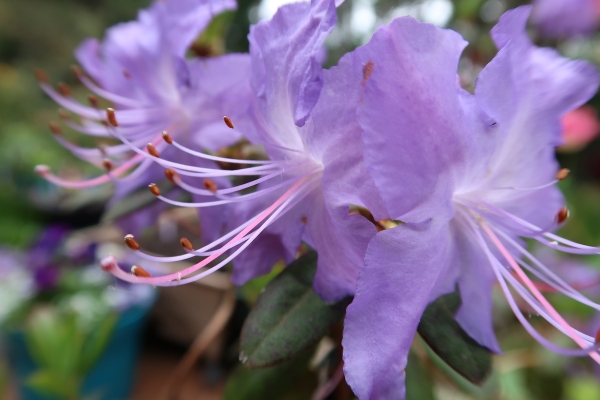 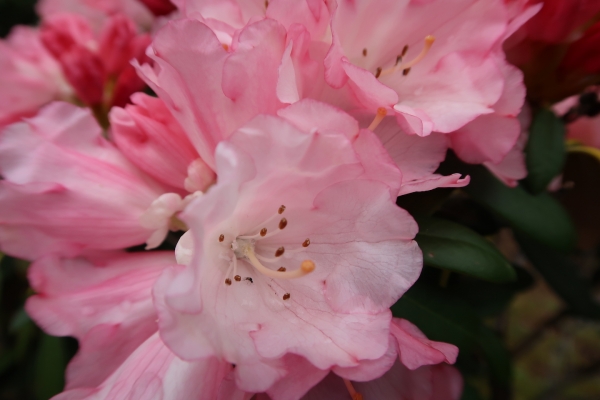 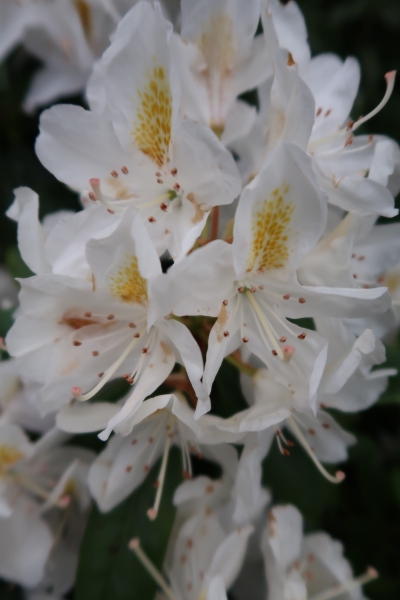 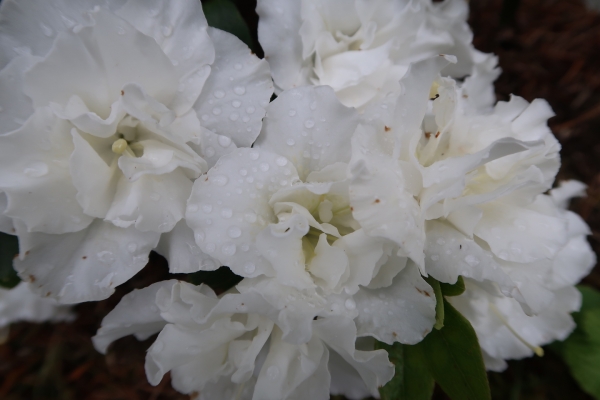 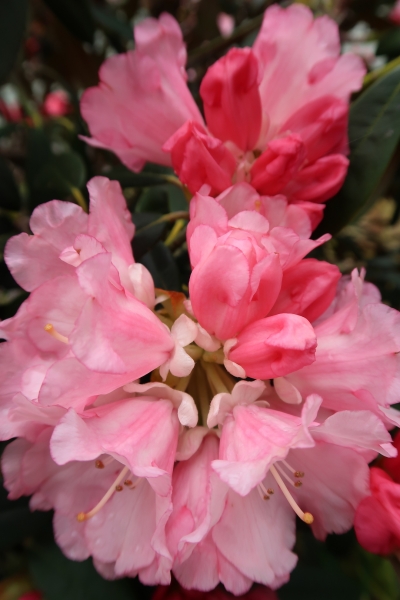 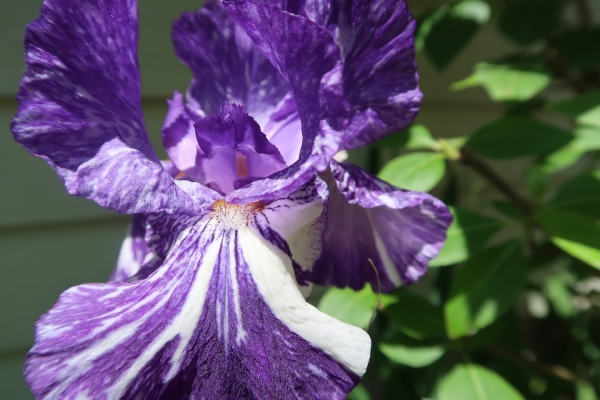 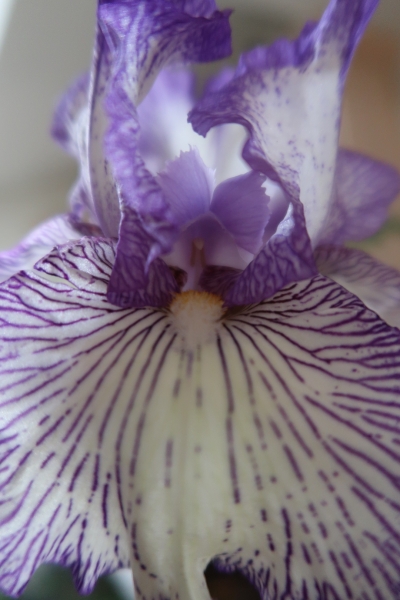 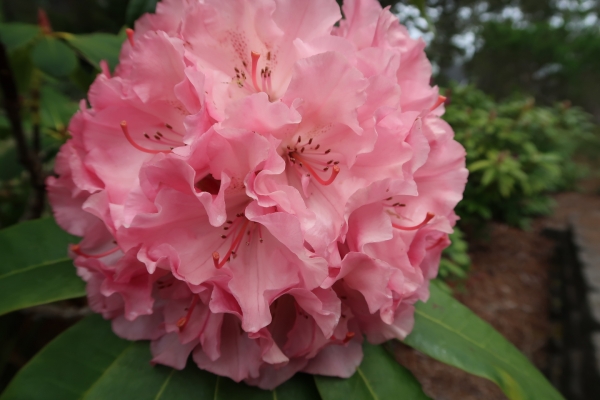 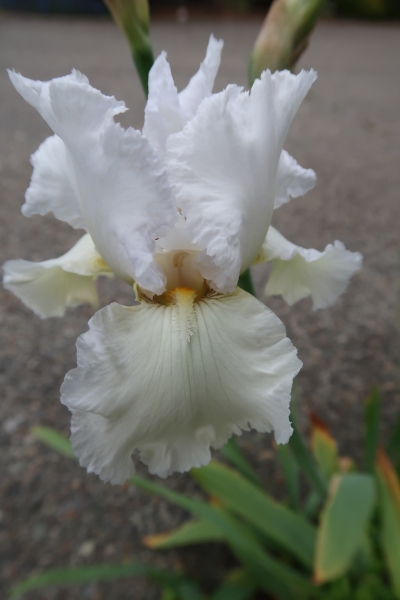