Greetings as we roll into Fall! Kids are getting into their school routines as that crispness returns to the air. We have a drizzly day here on the Oregon Coast today, but I’m looking forward to more gorgeous fall sunshine before we get fully entrenched in rainy season again!

Last month’s quotations about music had such a great response that I’m doing that again in this issue. As I said last month, I don't agree with a lot of these, but find them all interesting. Enjoy!
“If you don’t lose five pounds and ten drops of blood, you haven’t played a concert.”
- Arthur Rubinstein (1887-1982)

New Reviews: There are LOTS of new album reviews and one new songbook review on MainlyPiano.com this month with at least as many more coming up in October. I’ll start reviewing new Christmas albums this week and have some new songbooks to review as well. I’m often getting 3-5 new albums to review a day, so, artists, thanks for your patience! Some really great music has been released this year!!!
“True artists fix all the harm that politicians do.” - A retired private secretary in 1982

New Interviews: I have one new interview this month. This one is with Peter Calandra, and what an interesting interview it is! Pete has worn many different hats as a professional musician and we covered a lot of that in the interview. Coming up are interviews with Matthew Mayer, Adam Andrews and Cecilie with more to follow!

"...it is much easier to play rapidly than slowly; you can drop a few notes in passages without anyone noticing it. But is it beautiful? At such speed you can use the hands indiscriminately; but is it beautiful?" - Mozart 1778

One More House Concert This Year! The last concert of 2018 marks an important anniversary! Louis Landon performed the first house concert here in October 2008 and has performed here almost every year (sometimes more than once!), and yet his concerts are always different! Louis will be here on Saturday, October 13th at 7:00. Here’s the info.

"People compose for many reasons; to become immortal; because the pianoforte happens to be open; because they want to become a millionaire; because of the praise of friends; because they have looked into a beautiful pair of eyes; for no reason whatever." - R. Schumann

Joey Curtin’s Concert Here: On September 16th, Joey Curtin and her husband arrived for Joey’s solo piano concert as well as lots of talking and laughing - such a fun 20 hours or so! Here are some photos from the concert. 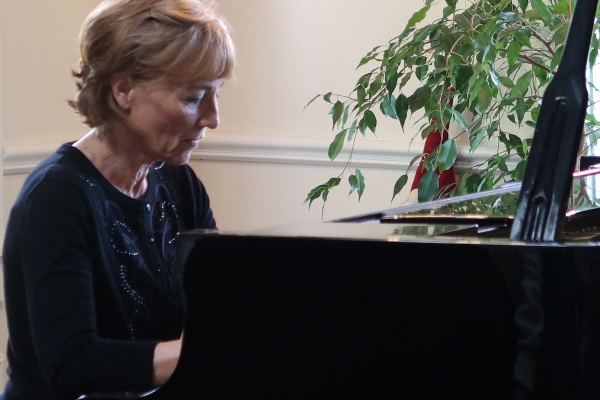 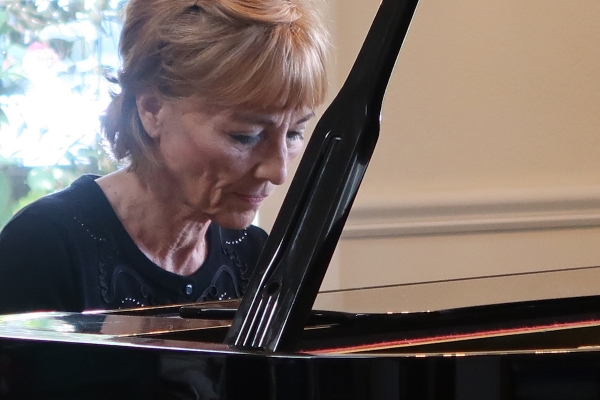 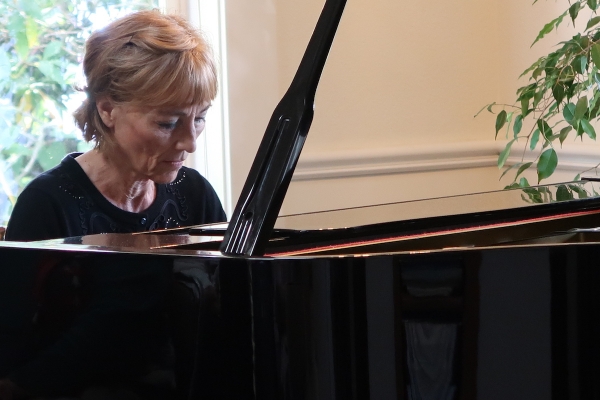 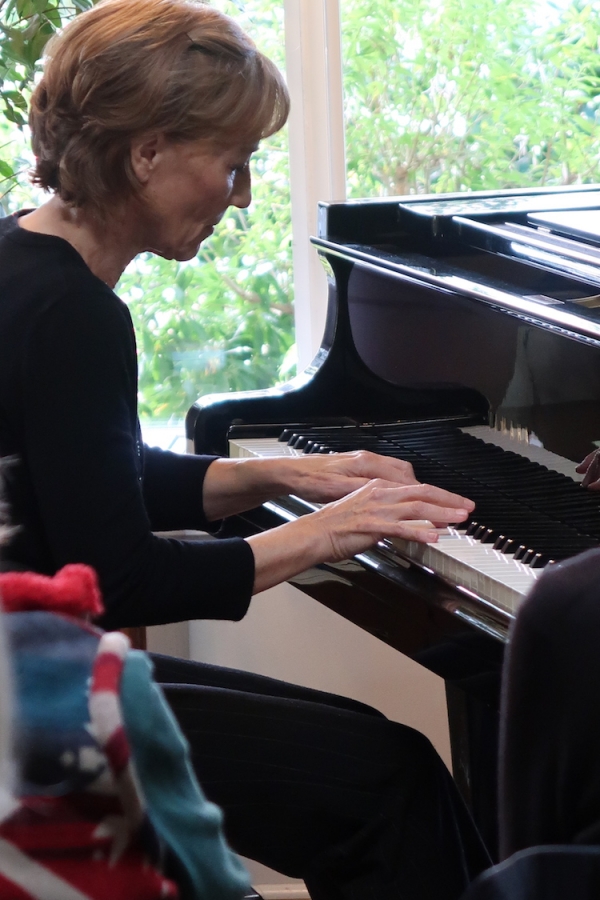 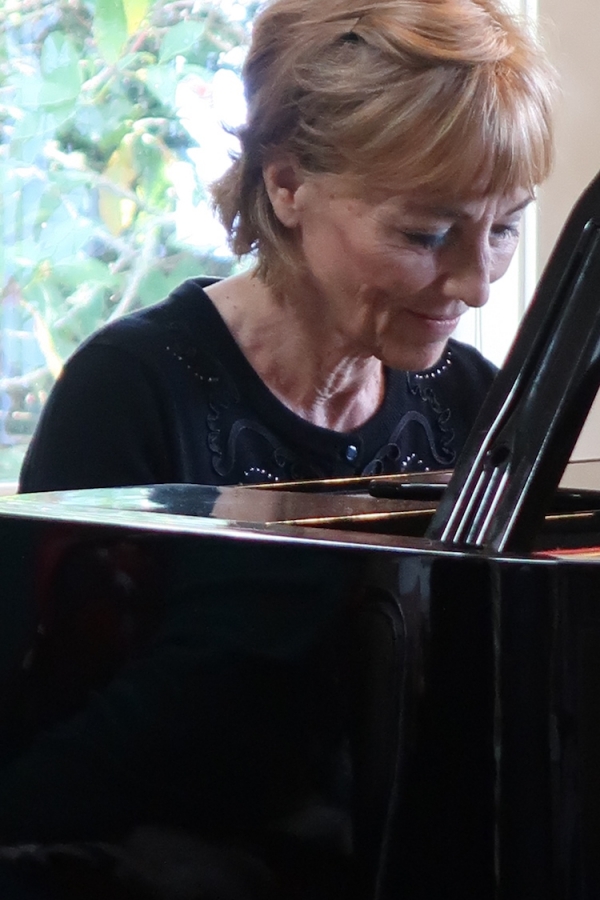 The Terra Nova Trio Concert: On September 30th, The Terra Nova Trio from Eugene regaled a small but very enthusiastic audience with their incredible versatility and musicianship! The Trio is Mike Curtis (woodwinds including tenor and baritone saxes, and clarinet), AnnaLisa Morton (oboe, English horn and tenor sax) and Sandy Holder (piano, accordion and guitar) - all very accomplished musicians and a delight to have with us! Here are a few photos from that concert. 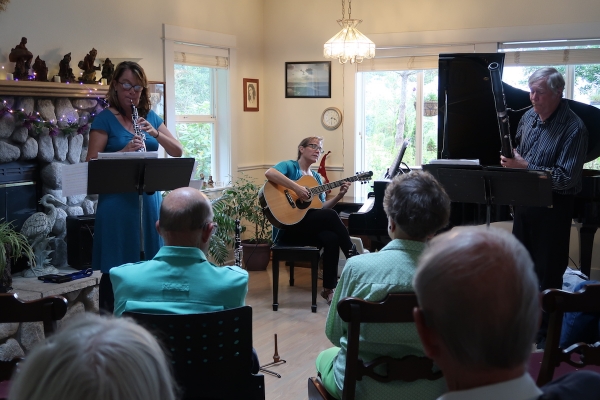 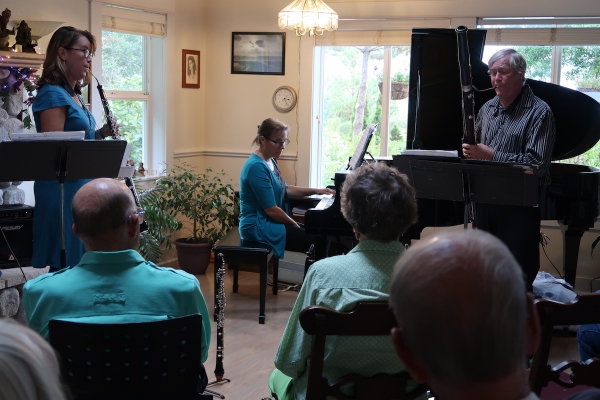 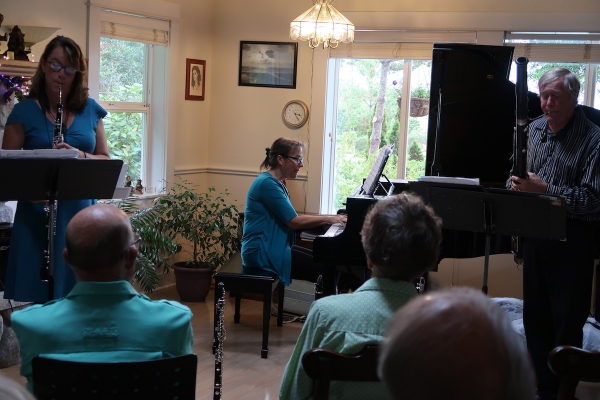 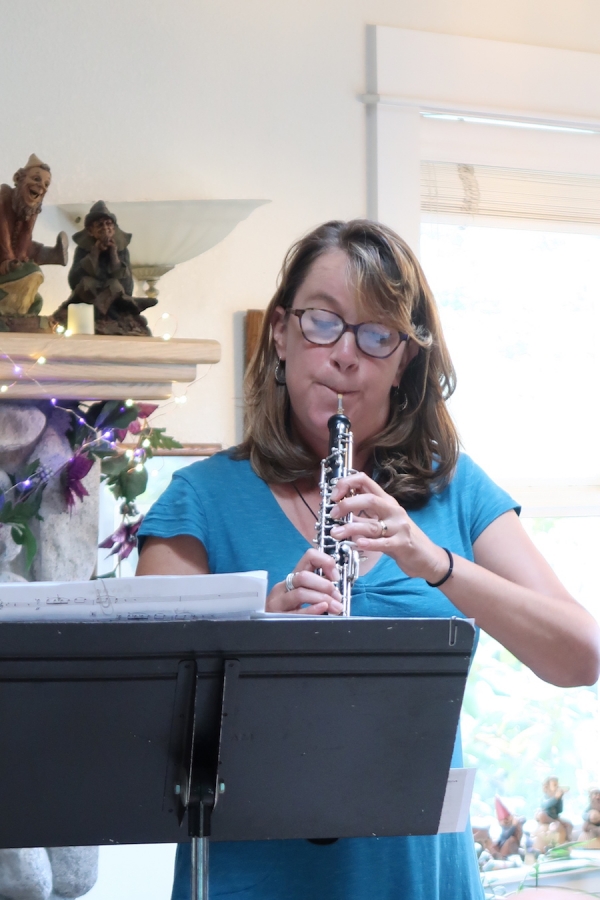 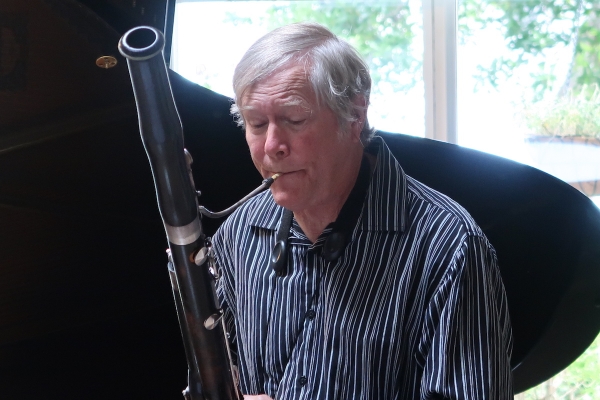 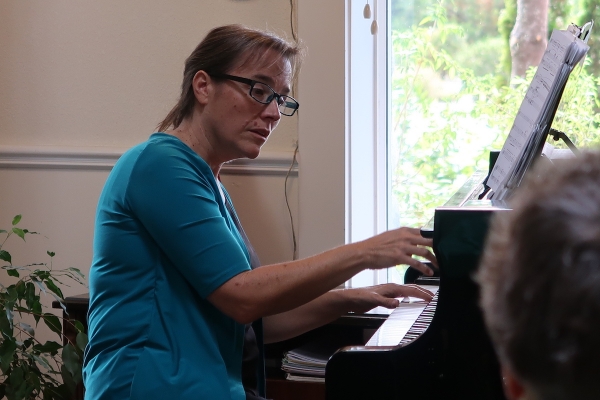 “The man who has music in his soul will be most in love with the loveliest.” - Plato

“A wave of vulgar, filthy and suggestive music has inundated the land.... Nothing but ragtime prevails and the cake-walk with its obscene posturings, its lewd gestures. It is artistically and morally depressing and should be suppressed by press and pulpit.”
- The Musical Courier 1899

Next Year’s Concerts: I’m really excited about the line-up for next year’s concerts. I’m almost full for 2019, but there will probably be some changes. What I have so far is:

May: Hiroya Tsukamoto the 16th (guitar)
Darlene Koldenhoven the 31st (piano and vocal)

“It may be a good thing to copy reality; but to invent reality is much, much better.”
- Giuseppe Verdi 1876

“Creativity and fear are implacable enemies. If I do hold any one thing to be certain, it is that all acts of creation are acts of bravery.”
- Conner Freff Cochran in Keyboard Magazine 3/94

Music Is: It’s been a few years since I’ve done this, but I’m planning to make the November “trivia” quotes that begin with “Music is…..” Everyone who is interested is encouraged to send me their quotes and I’ll use as many as I can. Send them to kathypiano@gmail.com. In December, I’ll have the Annual Holiday Wishes List, so be thinking about that, too.
“The societies most deeply tainted with superstition have been the greatest promoters of art.” - Georges Bizet 1866

“Music is the mediator between the spiritual and the sensual life.” - Beethoven

October Birthdays: Here is a partial list of some musical birthdays happening in October:

“If I play Tchaikovsky I play his melodies and skip his spiritual struggles ... If there’s any time left over I fill in with a lot of runs up and down the keyboard.”
- Liberace 1964

“A good composer does not imitate; he steals.” Igor Stravinsky - 1967

I think that's all the news I have for you this month! Have a great October and I'll meet you back here soon!

Kathy
“There is nothing more difficult than talking about music.”
- Camille Saint-Saens (1835-1921)