I hope everyone has been enjoying the holidays! As I write this, there are about ten hours left in 2019. I had been thinking we’re starting a new decade, but was reminded by this morning’s newspaper that since there was no year 0, the new decade doesn’t start until 2021. I suppose that’s correct, but we ARE changing two digits in the year instead of just one. There are a lot more important issues to worry about, though, so I’ll just wish you a Happy end of 2019 and an even Happier start to 2020! I hope you’ll enjoy the first issue of Pianotes of 2020!
The first book about piano technique was written by C.P.E. Bach, son of J.S. Bach, in 1753.

Carl Czerny was one of the most prolific composers ever. Many piano students are familiar with his many books of finger exercises, but he also wrote volumes of more serious music. He published at least 304 pieces built on songs from 87 operas, as well as those from ballets. His output apparently reached Opus 1000! He wrote music from four different writing desks and would work on one piece to the end of a page and then move on to another while the ink dried. When he died, he left a large part of his fortune to a home for deaf-mutes.

Steel piano strings and felt-covered hammers were introduced in 1826 by Jean-Henri Pape.
A Look Back At 2019: 2019 has been a very busy and productive year, but it was actually one of the calmer years in recent memory. I haven’t been teaching as much, working toward retiring (just from teaching) after 39 years this month, but I still have three piano students.

On MainlyPiano.com, we added a total of 178 new reviews of recordings, 23 of which were singles - I did 169 of those reviews. We added 19 artist interviews. I also reviewed 30 piano songbooks, 12 books (more on Amazon), AND we hosted 15 house concerts! As we close out 2019, there are now 2486 reviews of recordings, 271 songbook reviews, 974 artists on the site, 216 artist interviews, and 88 “other” reviews. The various pages on MainlyPiano.com have been visited just under 100,000 times this year, so onward we go!
The first Japanese pianos were built in 1885 by Nishikawa and Sons.

In 1925, Walter J. Turner predicted the "The Passing of the Pianoforte" in London New Statesman, and further predicted that the piano would be presented in a concert in 1975 as an antique instrument.

Early jazz pianist Jelly Roll Morton (born Ferdinand LaMenthe) had a gold front tooth into which a diamond was set.

Website Changes: I will be making some changes to the MainlyPiano.com website in the coming weeks, and I thought this would be the best way to explain why I'm making some of these changes.

I know there are a lot of people who look forward to Michael Debbage’s and my lists of Favorite Albums for the year, but they have become increasingly difficult for me to do. I agonized over my list last year and decided to let all of the artists whose albums were selected as “Picks” during the year list their album(s) as Favorites for 2018. That was very well received and took a lot of pressure off of me. This year, I reviewed 169 albums and singles, and I just can’t pick a short list out of all of those albums. I know the lists are a way to highlight some of the best music of the year, but I can’t narrow it down to 10 or even to 30, so I think we’ll just forget the lists for now. If your album was a “Pick” during 2019, you are welcome to call it a "Favorite for the Year on MainlyPiano.com."

I’ve also decided to stop choosing “Picks” from the albums reviewed. I always try to find the best in each album, so most of the albums I review become "Picks," making the term pretty meaningless. What I want to have happen in the next few weeks is to have all of the newest reviews (recordings, songbooks, and “other reviews”) on the homepage of MainlyPiano.com. The recording reviews will stay there for a month or so and then move over to the “Recent Reviews” page, as that shows the albums and singles that have been reviewed in the past 90 days. Links to the newest interviews, songbook reviews and "other" reviews will continue to stay on the homepage for about two months. I want visitors to the site to read all of the reviews and decide for themselves if they want to hear or play the music.

I have no doubts that some of these changes will be disappointing to some, but I've given it a lot of thought and can always make other changes down the line.
The only German piano manufacturing facilities that were still intact after World War II were Steinway’s.

Even though he left Hungary at the age of nine and could never speak a word of Hungarian, at a concert in Budapest in January 1840, a number of Hungarian dukes came onstage and presented Franz Liszt with a richly jeweled sword in the name of the nation, the symbol of service or nobility.

An architect built an apartment building in New York in 1891 that had an upright piano built into every parlor.
New Reviews: There are lots of new reviews on MainlyPiano.com, and many of them are of exceptionally good. There are twenty-three new album reviews plus three songbooks and three books! You can find them all here.
The late piano virtuoso, Arthur Rubinstein, sang constantly for the first few years of his life, but he refused to speak.

Thomas Jefferson was one of the first people to import a pianoforte to the US. He originally ordered a clavichord to give his fiance', but changed his mind once he saw the newly developed pianoforte. He made the purchase in 1771.

The first typewriters had piano-style keyboards and were the size of kitchen tables.
New Interviews: I didn’t get any interviews done in December, but I have three planned for January - Louis Anthony DeLise, Hugo Selles, and both Doug Hammers who played on the new album, Piano2 (“Piano Squared”), so keep checking back!
Steinway presented the White House with an ornate gold-covered grand piano during Theodore Roosevelt’s administration. It was the 100,000th piano built by the company and now stands in the Smithsonian Institution.

Of the 30 million pianos in America, about 90% are never played.

The first classical record to sell 1 million copies was a performance of Tchaikovsky's Piano Concerto #1 by Van Cliburn, recorded in 1958.
2020 House Concerts: I don’t have too many firm dates yet, but the concert calendar for the coming year is starting to shape up. This is what I have so far:

There are several other artists that I’m talking to, so this isn’t a final line-up. I just wanted to tantalize you a bit!
American spinet pianos started being produced in 1935. Some of the names used to market them were “Minipiano,” “Vertichord” and “Acrosonic.”

Printed collections of music for home use became fairly common in the 1730's.

Early upright pianos were called “giraffes” and were about 7 1/2’ tall
Holiday Wishes: The Annual Holiday Wishes List will stay accessible from the homepage of MainlyPiano.com for another week or two. I’ve added several wishes since the December issue of Pianotes, so if you’d like to see the list, here is the link.
In Mozart's and Schubert's time, only people of the same sex could play piano duets together unless they were engaged or married (unless they played separate pianos). Men and women were not allowed to sit that close to one another, and other than shaking hands, it was considered indecent to touch hands unless couples were engaged. A well-bred lady of the time probably would have fainted if her thigh touched a male partner's leg on the piano bench!

January Birthdays: We have a pretty good list of musical January birthdays! Here’s a sampling:

Happy Birthday to all of you!!!
Square pianos were the most popular style of pianos in American homes in the early 1800's. This was at least partly because their shape was the easiest to move by covered-wagon---the primary means of transporting goods for greater distances at that time.

Many advertising campaigns have catchy slogans. For years, music publishers used "brilliant, but not difficult" to describe their sheet music selections - mostly to appeal to the female pianists who were never supposed to play really well. The phrase first appeared in a music newsletter in 1801.

Soon after Abraham Lincoln’s inauguration, Mary Todd Lincoln acquired a 7-octave grand piano. It stood in the Red Room, where their sons, Willie and Tad, took their piano lessons.

Again, have a wonderful start to 2020! I’ll close with some of my favorite photos of the past month or so. Enjoy! 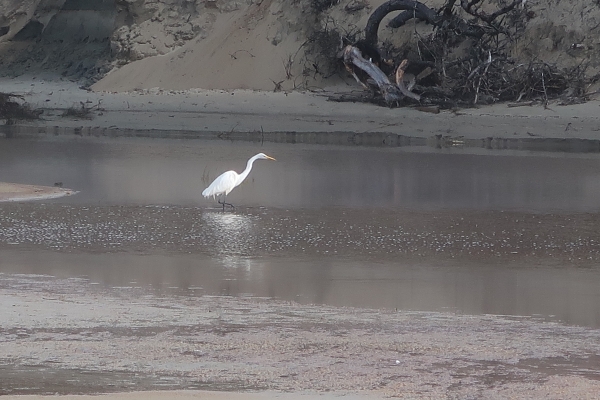 Egret in Munsel Creek by Heceta Beach (Florence, OR) 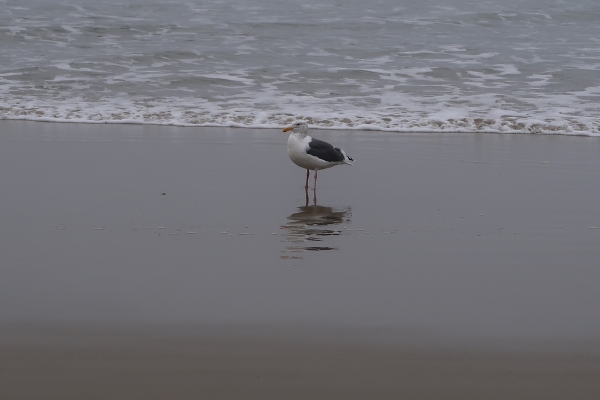 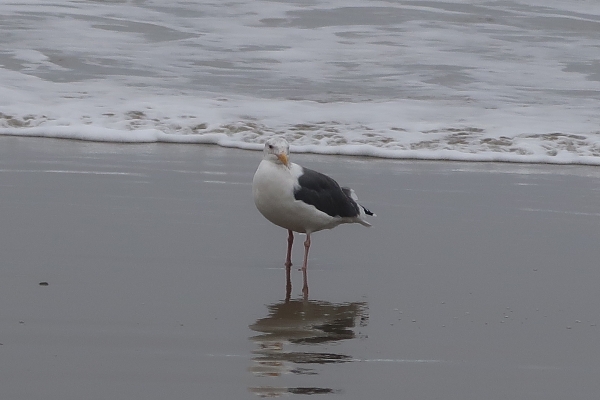 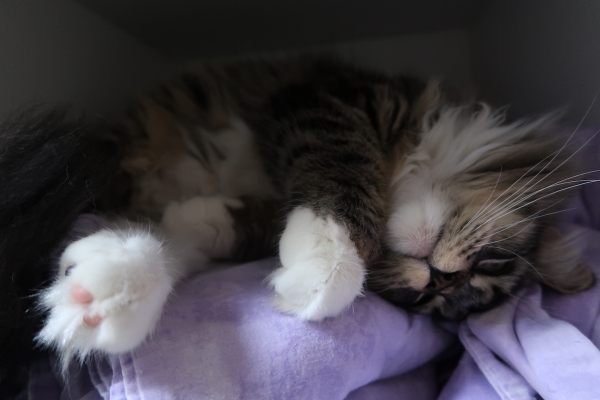 Pepper asleep in my linen cabinet. 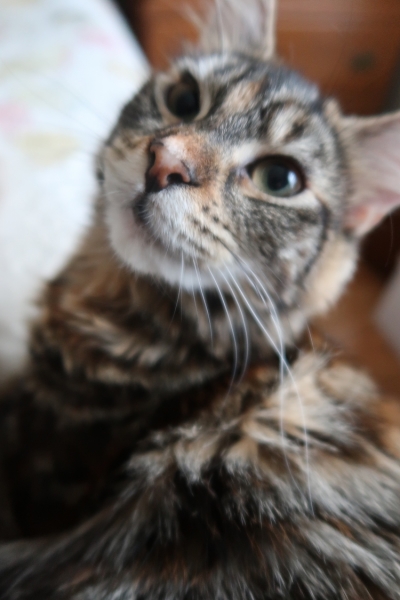 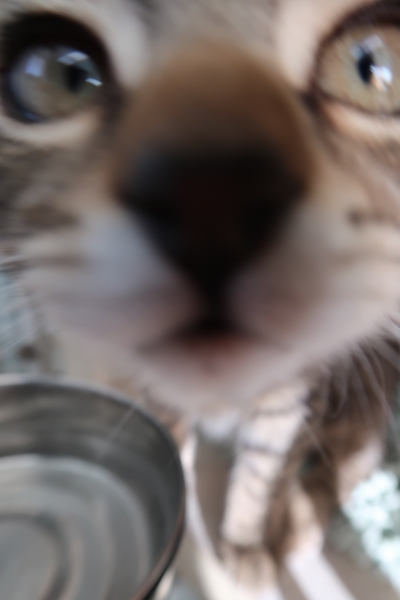 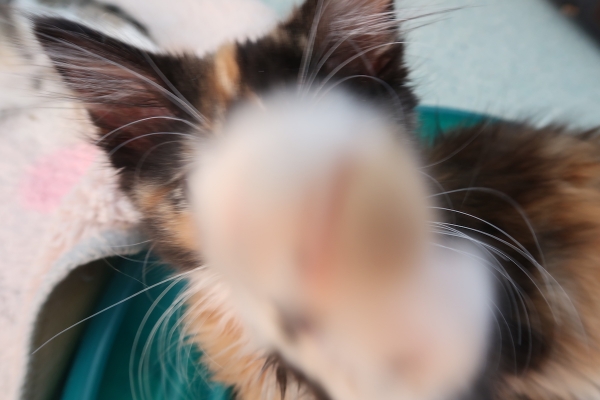 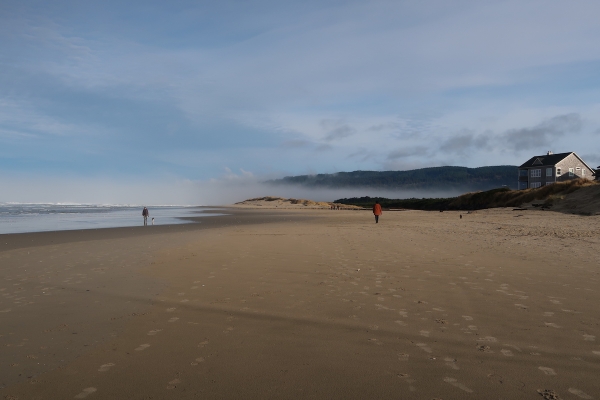 A picture-perfect morning in Florence, OR!