The December issue of Pianotes is always a lot of fun to put together with a truckload of trivia about various holiday traditions and music, the annual Holiday Wishes List, and a whole lot more! Enjoy!
On the Saturday before Christmas Eve, the Giant Lantern Festival is celebrated in The Philippines.

An advent tradition in Sweden is the 13-meter Yule goat in Gavle’s Castle Square, but its presence has invited the new tradition of trying to burn down the goat.

In Austria, St. Nick has an evil sidekick, Krampus, who frightens naughty children.

New Reviews: I’ve really been cranking out the reviews, so there are lots of new ones for you to explore. I have several more Christmas albums to review, so keep checking back. Michael Debbage also did some reviewing last month, and you can find all of our recent reviews here. There are some outstanding new releases, so be sure to check them out! I also reviewed Pam Asberry’s new solo piano songbook and Louis Anthony deLise’s excellent handbook on songwriting. You can find links to both here.
The origin of “Deck the Halls” is uncertain, but the melody goes back to at least the 1700's because Mozart used it as a duet for violin and piano.

“O Holy Night” was written during the 1800's by Adolph Adam, a composer of at least fifty works for the theater. One French bishop claimed that the song had a total lack of musical taste and a complete absence of the spirit of religion.

The 2019 Christmas tree (the 87th) at Rockefeller Center in New York will be a 77’ tall Norway spruce weighing 14 tons that comes from Florida, NY. It will be wrapped in more than 50,000 multi-colored LEDs and topped with a 900-pound Swarovski star.
New Interview: I did one new interview in November with John Nilsen, one of the busiest musicians in the Pacific Northwest. He has a fantastic new album out called Foreign Films, and we talked about that and many other things. Here’s the link. I’ll get back to doing interviews in January.
The first Rockefeller Center Christmas tree was erected in 1931, but the first formal Rockefeller tree lighting ceremony was in 1933.

The tallest tree in Rockefeller Center history - a 100’ tall Norway spruce from Killingworth, Conn. - was displayed in 1999.

For the 13th consecutive year, after the tree leaves Rockefeller Center, it will be milled into lumber and donated to Habitat for Humanity to be used to build Habitat homes in the region.
William Ogmundson’s Concert Here 11/4/19: William Ogmundson was here for his first Florence house concert on November 4th, and what a fantastic concert it was! With an incredible mixed bag of original music, ragtime and classical music, there was something for everyone and everyone left with smiles on their faces when it ended. Here are a few photos: 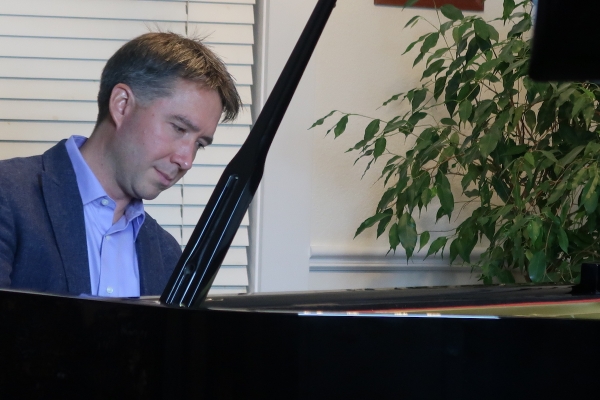 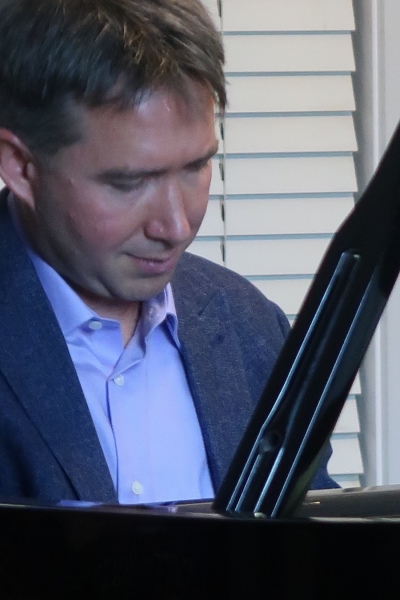 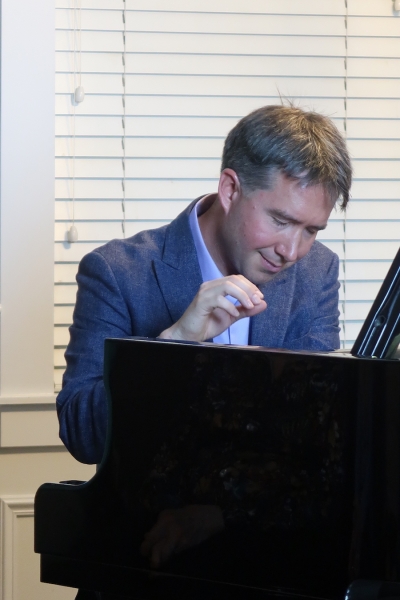 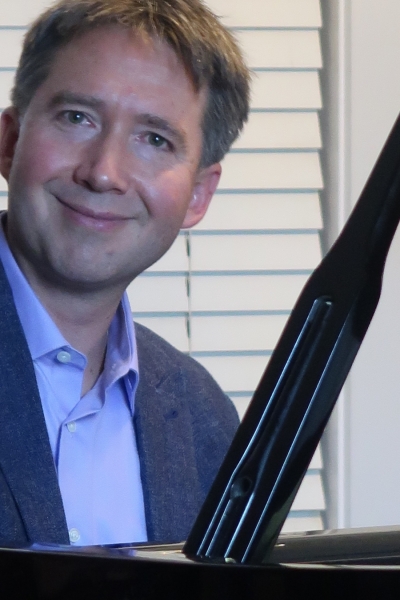 On the White House grounds in Washington, DC, there is a nine-meter menorah that is lit for each of Hanukkah’s eight nights.

In Caracas, Venezuela, many churchgoers use in-line skates to go to mass on Christmas Day.
Holiday Wishes List: As usual, our Annual Holiday Wishes list is a mixed bag, but I am moved by the spirit and sincerity of this year’s list. If anyone wants to add to the list, I will be happy to add more wishes through the end of the year. Just email them to me at kathypiano@gmail.com. Here’s the link to the List.

Here is the photo that Darlene Koldenhoven mentioned in her wishes: 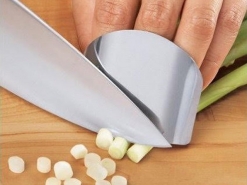 In Colombia, Little Candles Day marks the start of the winter holiday season and everybody competes to create the best displays.

December 13th is St. Lucia Day, and in Sweden, young girls dress as St. Lucia brides with wreaths of burning candles on their heads and wake up their parents with singing, coffee, and treats called Lucia cats.

Irving Berlin called “White Christmas” "a peace song in wartime." It was first sung in the 1942 movie "Holiday Inn" by Bing Crosby and has become one of the most popular songs of all time.

2020 House Concerts: I haven’t yet finalized our concert list for next year yet, but should have a pretty good idea of the line-up in time for next month’s issue. I don’t plan to host as many concerts to try to get attendance back up, but it will be a great year!
“Silent Night” has one of the most interesting stories of all of the Christmas carols. Franz Gruber was the church organist in a small town in Austria. On Christmas Eve 1818, the assistant pastor, Joseph Mohr, made the unhappy discovery that the organ wasn't working. Father Mohr felt that something special should be done to make up for the loss of the organ on such a special occasion, so he sat down and wrote the lyrics to "Silent Night." He then asked Gruber to write the music for guitar and choir. Gruber was able to compose the melody and write out the parts in time for a rehearsal before Mass at midnight. The world's most popular Christmas carol was actually composed in St. Nicholas' Church. The beautiful hymn was an instant success, and one of the men in the church wrote the music down and passed it on to a traveling singing group. No one knew who wrote the hymn until 30 years later, when Gruber produced the original manuscript as proof that he had written the piece. Pastor Mohr had a drinking problem and died penniless in 1848. His parishioners had to take a special collection to have him buried. Between 1924 and 1936, the Silent Night Chapel was built at the site of St. Nicholas' Church. The chapel seats 22 people who can listen to the original setting of "Silent Night" through headsets while looking at the wooden nativity scene that stands there. Oddly enough, Mohr's skull was placed in the nativity scene for a while.

There are at least 40 different melodies that are used with the words to “Away in a Manger.”

The words to “Hark! the Herald Angels Sing” were written by Rev. Charles Wesley, the brother of John Wesley, who founded the Methodist Church. Charles Wesley wrote more than 6,000 hymns. For the first hundred years after the poem was published, it was sung to various tunes. In 1840, Felix Mendelssohn wrote Festgesang #7 in honor of the anniversary of the invention of Gutenberg's printing press. The second section of the piece seemed appropriate to sing, and Mendelssohn said that the subject should be a "national and merry subject," and that sacred words would never do. In 1857, ten years after Mendelssohn's death, an English church musician discovered that Charles Wesely's words fit the piece perfectly. The carol as we know it today was finally completed 120 years after the words were first written.

Happy Birthday to all of you!
“We Three Kings of Orient Are” is one of the few carols where both the words and music were written by the same person. It was written by John Henry Hopkins, an American minister, in 1857.

When Christmas became official on December 25th in the 4th century, the Church forbade the use of mistletoe in any form. As a substitute, it suggested holly. The sharply pointed leaves were to symbolize the thorns in Christ's crown, and the red berries, drops of blood. The Christian ban on mistletoe stayed in effect through the Middle Ages.

During the Protestant Reformation of the 16th century, St. Nicholas was banned from most European countries. Britain’s Father Christmas and France's Papa Noel replaced him, and neither was a lavish gift-giver to children. The Dutch kept the St. Nicholas tradition alive, as the "protector of sailors." St. Nicholas graced the prow of the first Dutch ship to arrive in America, and the first church in New York City was named after him. The Dutch spelled St. Nicholas "Sint Nikolass," which in the New World became "Sinterklass." When the Dutch lost control of New Amsterdam to the English in the 17th century, Sinterklass was Anglicized to Santa Claus.
And so ends the last issue of Pianotes for 2019! Wishing you and yours a wonderful, peaceful holiday season no matter how you celebrate it - and even if you don’t celebrate it at all! Here are a few photos from last year. One is of our beloved bridge and Old Town (Florence, Oregon) and the others are from our home to yours. See ya next year!!!! I'll also add a few more trivia bits below the photos. 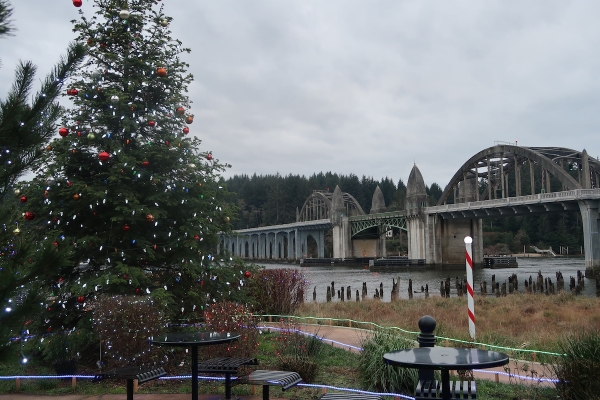 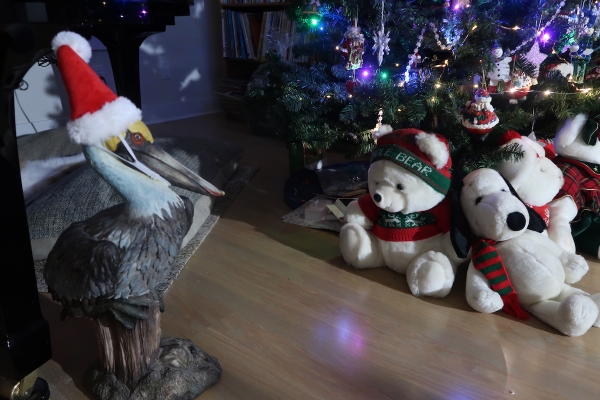 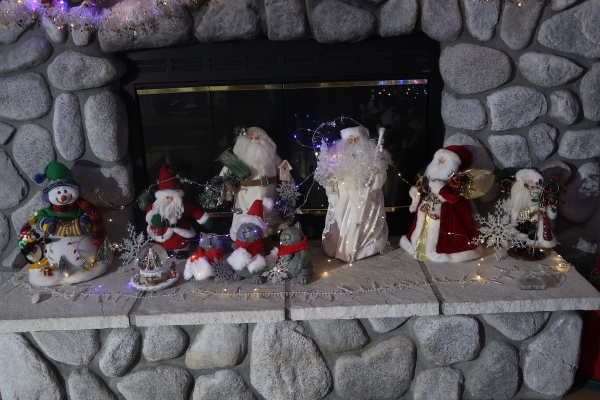 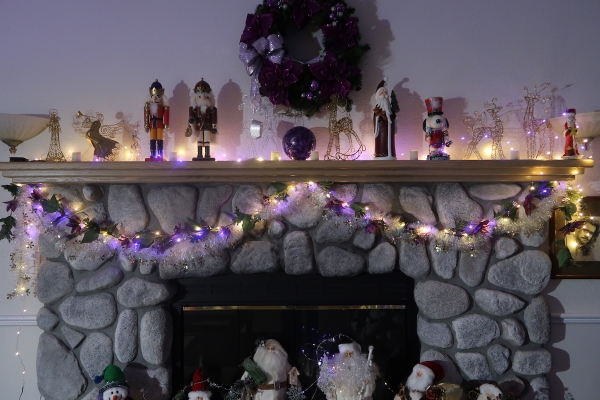 In 1962, the US Post Office issued its first Christmas stamp. It showed a Christmas wreath and two candles.

Gift-giving at the winter solstice goes back to the Roman festivals of Saturnalia and Kalends. The original gifts were twigs from a sacred grove as good luck symbols. This tradition soon grew into giving food, candles, statues of gods, and small pieces of jewelry. The early church frowned on gift-giving as a pagan holdover, but justification was given as symbolic of the gifts of the Magi and later, Santa Claus and his counterparts. By the Middle Ages, gift-giving was accepted by the Church.

St. Francis of Assisi was responsible for popularizing the Nativity Scene. It probably existed before him, but only as a decorative element. St. Francis was a very gentle man who was known for his love of animals. The Church at this time was very rigid and emphasized that life was a place of sin and sorrow. St. Francis wanted to add the hope and joy of God’s love to this somber message. In about 1223 in Greccio, Italy, he constructed a life-size manger scene with live animals. The gospel was sung around this scene, and his may have been the start of caroling.

The first Christmas trees were decorated with fruits and flowers. Cookies, nuts, and other kinds of food were later added. Lighted candles were also placed on the tree, making the decorations awfully heavy. Perhaps as a remedy for this problem, German glass blowers started producing light glass balls to replace the fruit and other heavy ornaments.

“The Christmas Song” (“Chestnuts Roasting on an Open Fire”) has a fascinating story. It was actually composed on one of the hottest days in Los Angeles history. Robert Wells, a lyricist, was jotting down words and phrases that meant “cold” to him in an effort to use positive thinking to combat the heat. Among the phrases jotted down in a spiral notebook were “chestnuts roasting.... Jack Frost nipping.... Yuletide carols ... folks dressed up like Eskimos...” Collaborator Mel Torme saw those phrases, and within 40 minutes, the two had written a Christmas classic. Recorded by Nat "King" Cole and released in 1946, the song stayed in the Top Ten for almost two months, and was the first American Christmas standard introduced by an African-American singer.