I hope your summer is going well! I've had several people write and ask about where we are in relation to the wildfires in Oregon, and I'm very happy to say that we are far enough north and west of them (so far) to be unaffected - no smoke or danger at this point, so I think we're safe.

There is plenty of news in this issue of "Pianotes," so let's get right to it!
John Philip Sousa's march "The Stars and Stripes Forever," is the traditional song played by circus bands as a distress signal to warn the performers that there is an emergency.

Amy Beach's (1867-1944) Gaelic Symphony was the first symphonic work by an American woman. It was premiered by the Boston Symphony in 1896.

Mozart wrote his first opera when he was twelve.
New Reviews: What an interesting month it's been for reviewing new music - a little bit of everything from classical to Disney to meditation and more! I reviewed artists from Egypt, Estonia, and The Outlaw Ocean Music Project, so there is a lot of diversity! I have some new sheet music reviews, too, with more on the way. You'll find them all here.
JS Bach’s youngest son, Johann Christian, played the first pianoforte solo in an English concert on June 2, 1768.

So little was known about composer Scott Joplin (“The Entertainer,” “The Maple Leaf Rag,” etc.) that in his 1936 book, The Negro and His Music, Alain Locke stated that Joplin was a white man.

Domineco Scarlatti is credited with inventing the technique of playing the piano cross-handed. He eventually got so fat that he was unable to play with his hands crossed.

New Interviews: I have three new interviews for you this month, and the artists are very different from each other! I thoroughly enjoyed doing all three interviews and hope you will enjoy reading them!

First is Bill Leslie, a very versatile musician and composer who has won many major awards for his mostly Celtic-styled music. He recently retired as a television news broadcaster in North Carolina, which will (hopefully) give him lots of time to create new music! His most-recent album, Celtic Peace, is gorgeous, so here's a chance to meet and/or see what's new with Bill!

The second interview is with Sophia Agranovich, a classical pianist who was born and raised in Ukraine and came to the US in her mid-teens. She has had several remarkable careers, a couple that didn't involve music at all. Her story is both amazing and inspiring!

The third is with Ben Cosgrove, an artist who came to my attention earlier this year - and I'm so glad he did! Still in his early 30's, Ben has had a wide range of musical experiences and also writes about environmental issues as well as composing music inspired by nature and the environment.

I should have at least a couple of new interviews during August, so check back from time to time!

Chopin's Waltz Op. 64 #1 in Db (also known as "The Minute Waltz") is supposed to have been inspired by his girlfriend's (George Sand) dog chasing its tail.

Some of the ladies of Beethoven's time claimed that he did not have any rhythm while dancing.

The Outlaw Ocean Music Project: It's really been quite a journey to experience all of the new places and people music has brought into my life over the years. Back in April, Tom Ameen sent me a new album to review called Stories From the Sea. The materials that came with the album stated that the music was inspired by Ian Urbina's best-selling book, The Outlaw Ocean, which I hadn't heard about. The more I dug around, the more intrigued I became, so I ordered a copy of the book and was completely blown away. As I checked things out, I ran across The Outlaw Ocean Music Project, kind of a companion project to the book where artists from all over the world and from a wide range of music genres composed and recorded music expressing their feelings about and reactions to the book. There are literally hundreds of artists involved, and I found quite a few that I have reviewed in the past. I thought long and hard about what I could do to contribute to the project and decided to set up an Artist Page on MainlyPiano.com for The Outlaw Ocean Music Project and then write reviews of the albums by artists I know, waiving the priority fee. I contacted the Project to be sure it was okay to do this, and got amazing support for my own contribution to the Project, so I have five reviews done with quite a few more to go.

The book The Outlaw Ocean is remarkable and exposes many horrendous criminal and environmental activities on the vast oceans of the world that often go virtually undetected - or that are so difficult to catch and put a stop to that they continue. Illegal fishing is a very big part of the book, but it also deals with human trafficking, slavery, pollution, murder, piracy, and more. The author, Ian Urbina is an award-winning journalist who spent the better part of four years at sea reporting on these issues. I salute Ian for bringing awareness to these activities so that maybe we as a world can put a stop to them.

Here is the Artist Page with links to the albums I've reviewed so far as well as the Project's website where you can learn more about it and see the many artists who have contributed their music to the cause.

When Clara Schumann played her scales, she often read letters at the same time.

Ray Charles became blind from glaucoma at the age of seven, shortly after seeing his younger brother drown.
House Concerts: I've been getting a lot of calls and emails asking when the house concert series is going to resume. Again, I can't answer that yet. Like most places, the COVID numbers are climbing at an alarming rate here in Oregon and some of the pandemic protocols are being reinstated. I do have a concert with David Nevue scheduled for November 7th, but that's because David lives within a couple of hours from me and if we have to cancel, he won't have travel expenses and such that he'd have to lose or try to recoup. I know live music is healing and helpful and wonderful to experience, and I miss it as much as anyone, but I just don't know what the next few months hold and can't make any specific promises. Thanks for understanding!
The CD was originally formatted to hold all of Beethoven’s 9th Symphony.

Franz Josef Haydn's wife was not musically inclined. Or maybe she was. She used to line her cake tins with the music that he wrote, and cut the paper into strips to curl her hair!

Some of Mozart’s major works were not printed until the middle and end of the 19th century - about 100 years after his death.

Happy Birthday to all of you!
Igor Stravinsky is the only composer in the history of music to write a polka for a troupe of elephants. The first performance was billed as "50 Elephants and 50 Beautiful Girls in an Original Choreographic Tour de Force" at Ringling Brothers' Circus.

Scott Joplin was awarded a posthumous Pulitzer Prize in 1976 for his contributions to American music.

Only ten of Chopin’s many piano students attempted serious professional careers in music.

August Musical Celebrations: For those of you in need of something to celebrate, here are some suggestions:

The highest achiever among the famous composers was Franz Joseph Haydn, who wrote 340 hours of music in 54 years. If you started listening to his collected works for eight hours a day, you’d be done in just over six weeks.

The lowest achiever among the famous composers was Maurice Ravel, who wrote only 19 hours of music in 42 years. That’s a career average of about 30 seconds of musical output a week.

“The Saint Louis Blues” was known to the Austrian Nazis as “Sauerkraut.”
Happy August to everyone! Have a great month and we'll see you for the Back-to-School issue in about a month! 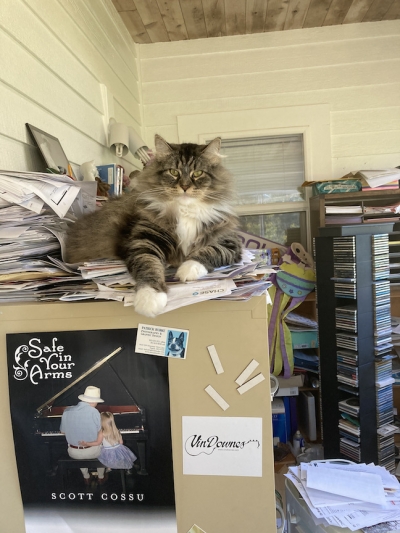 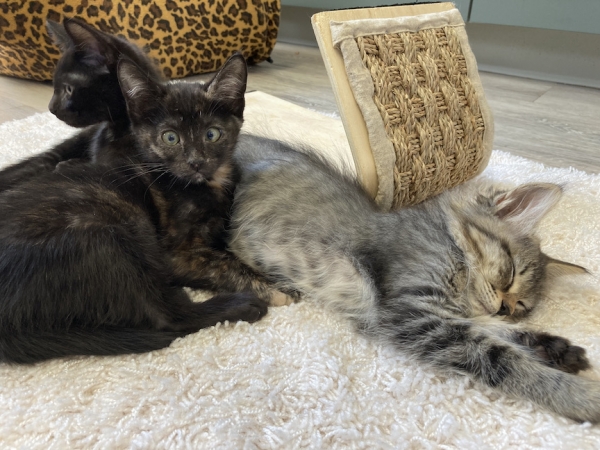 A trio of Humane Society cuties! 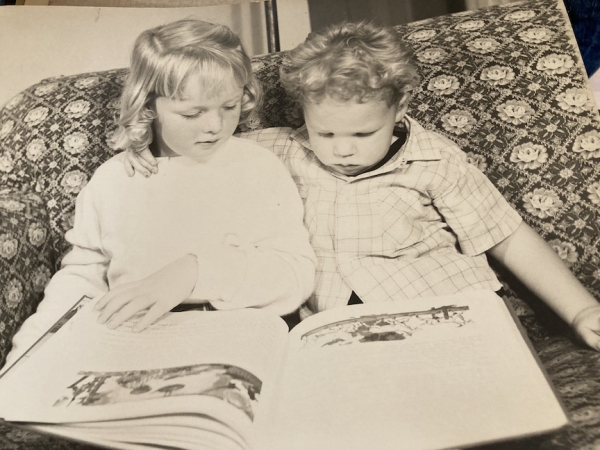 My brother, Loren, and me a few years ago! 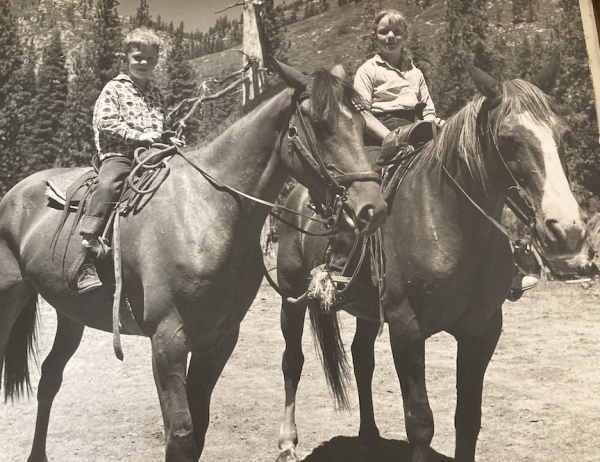