Happy Spring From the Oregon Coast!

Spring has definitely sprung here with daffodils in bloom everywhere and the rhododendrons and azaleas getting ready to burst. It was raining this morning, but now the sky is crystal-blue out one office window and partly cloudy out the other. It really helps to stay "in the moment"!

I hope this finds you doing great and enjoying the change of season! Here's my monthly news and reviews!

“Sukiyaki” is the only Japanese-language song ever to be #1 on the Billboard pop charts. The original title was “Ue O Muite Aruko” (“I Look Up When I Walk”), but executives at Pye Records changed the title to “Sukiyaki” (roughly translated, “Beef Stew”), assuming that English-speaking audiences would remember that title easier. Even so, some of the cover versions still mangled the title, calling it “Saki Yaki,” “Sukiyaka,” “Sukijaki,” “Sayonara,” and “Sukujahi.”

Liberace used the stage name “Walter Busterkeys” while making the transition from a classical pianist to a night club performer.

The song “Yankee Doodle” began as a nonsense Dutch song called “Yankee Dudle Doodle Down” in the 15th century. It spread to England as a children’s song before being used to taunt Oliver Cromwell’s Protestants during the English Civil War. Finally, the British turned it on the American colonists in the same taunting vein, not realizing that they’d adopt it proudly.

New Reviews: March was a busy month and we have lots of new reviews for you! You can find links to all of them here. It's likely that we'll pass the 3000 reviews mark in April, so watch for the fireworks and champagne!

A major star throughout Denmark and much of Europe when WWII broke out, pianist/comedian Victor Borge often poked fun at Hitler and other top Nazis in his performances. When the Germans invaded Denmark in April 1940, Borge left everything behind and fled Europe. When his mother spent time in the hospital, Borge put on a false beard and crossed back into Copenhagen to visit her.

The first recorded message was "Mary had a little lamb" by Thomas Edison in 1877. His assistant, Mrs. Harriet Atwood, played the piano, becoming the first recording artist.

"God Bless America" was written by Irving Berlin in 1918. After writing the song, he threw it into a trunk where it remained for twenty years. His profits from the song were donated to the Boy Scouts and Girl Scouts.
New Interviews: I have three new interviews this month! Adam Andrews, Tim Neumark and Michael Borowski! All three have released new albums recently and all three are great guys! Enjoy getting to know them a little better - I sure did!

H. Ross Perot wanted to use Woody Guthrie’s “This Land is Your Land” for his 1992 presidential campaign anthem, but found that Guthrie’s will prohibits the use of the song for political purposes.

The original Micky Mouse Club was formed in 1929. Meetings were held in movie theaters all over the U.S. The official club song was "Minnie's Yoo-Hoo."

The Greek national anthem has 158 verses.
Whisperings Album of the Year: I want to take a moment to congratulate Joseph Akins for winning the Whisperings Album of the Year award for his wonderful Dream World album! All four nominated albums are beyond excellent and I really enjoyed reviewing them all. Here's a link to the reviews for all four nominated albums.


The first motion-picture soundtrack recording was the music for Snow White and the Seven Dwarfs which was released on Victor Records in 1938.

Ludwig van Beethoven was deaf for twenty-five years.
April Birthdays: Some of the "notable" April birthdays are:

Happy Birthday to all of you!
Willie Nelson started playing guitar in local German and Czech polka bands when he was 10.

A teacher in a suburban Chicago high school had an unusual new way to discipline unruly students. He forced them to listen to Frank Sinatra recordings in detention!

In 1636, the leader of the Russian Church, the patriarch Joseph, banned all music-making in the home. In Moscow, 50 wagon-loads of instruments were burned in a big bonfire and dumped into a river.
More April Celebrations: Did you know that April is International Guitar Month and Jazz Appreciation Month? Or that April 3-9 is International Trombone Week and April 17-23 is National Karaoke Week? Well, now you do! Here are some more major (and minor!) events for your calendar:

Party on!!!
Franz Schubert gave only one public concert in his life. The newspapers hardly mentioned it since they were all taken up with the recent appearance in Vienna of violin virtuoso, Niccolo Paganini. Paganini was considered more interesting because of rumors that he had sold his soul to the devil in exchange for his incredible playing abilities.

Julia Ward Howe, writer of the words to “The Battle Hymn of the Republic,” was the first woman elected to the American Academy of Arts and Letters.

That's all the news I have for the April issue! The photos this month are of Heceta Beach here in Florence, a few gems from the garden, and Pepper being Pepper while exploring the bottom of a paper bag. Happy Easter to those who celebrate it and Happy Spring to everyone! 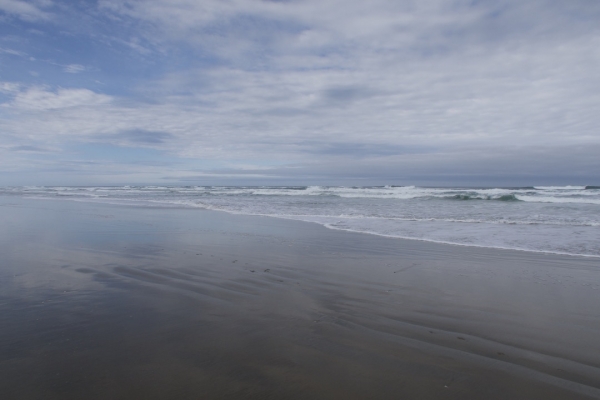 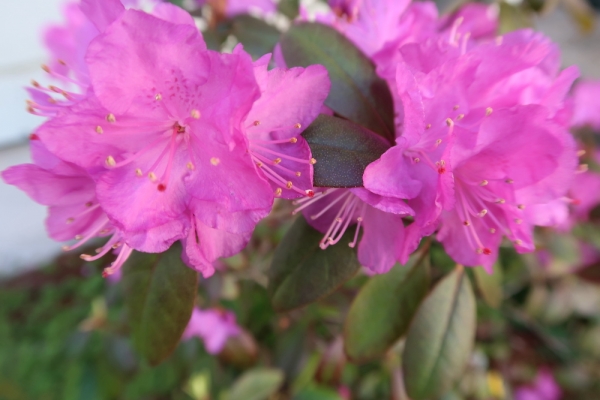 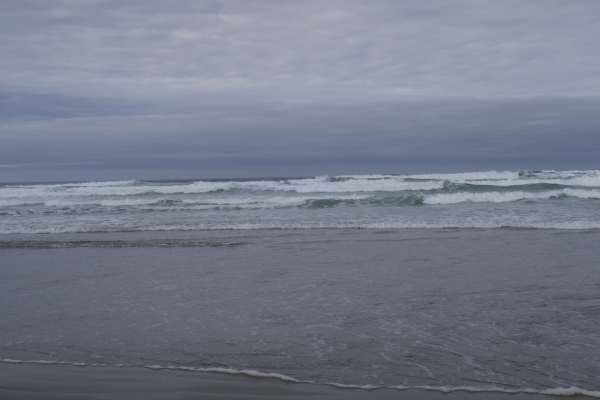 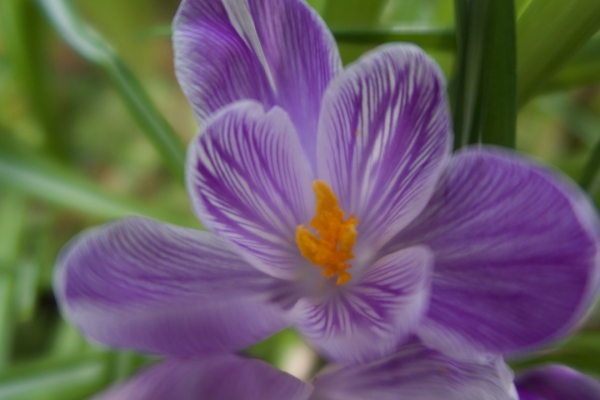 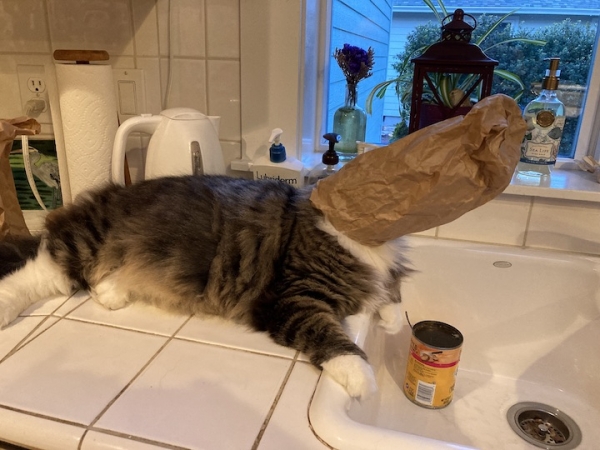 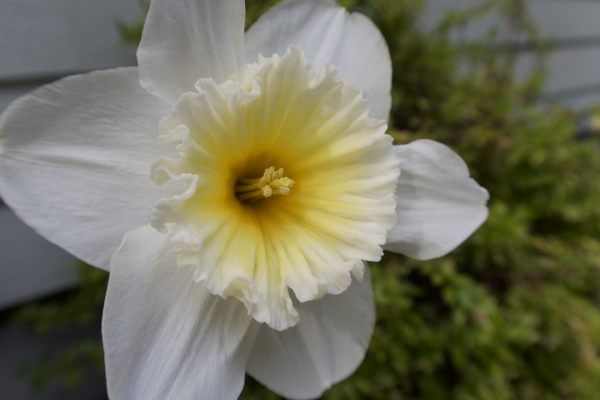 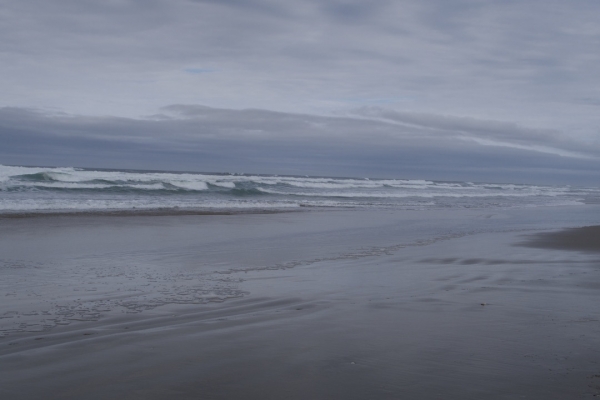 Trivia Disclaimer: To the best of my knowledge, the music trivia and "factoids" within Pianotes are true, but I can’t guarantee it.
Read more Pianotes issues:
Full list • Next Issue: Volume 469 • Previous Issue: Volume 467