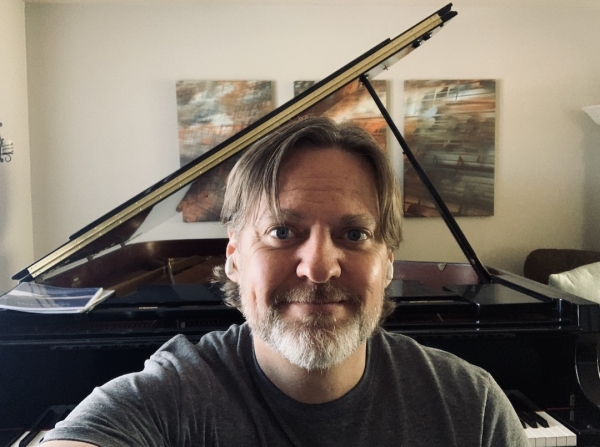 Adam Andrews is one of my favorite artists, both for his music and who he is as a person. He released his first album, Road To Ambo, in 2014, which told the story of Adam and his wife, Rachel, going to Ethiopia to adopt their son. His 2016 album, Prayers in the Dark, won the Whisperings' Album of the Year award, and his 2018 album, Soar, was nominated for the same award. Adam did a house concert here in 2017, and we did our first interview in October 2018. I hadn't heard much from Adam after that so I was really happy when he sent me a pre-release copy of Hiding Place (his fifth album) the end of last year to review. As someone who has struggled with depression and anxiety for most of his adult life, Adam digs deep within and the musical results are often stunning. I think this is especially true for Hiding Place. I really love the album and thought this was a good way to help get the word out about it. Adam and I did this interview via email in March 2022. Enjoy!


KP: Wonderful! You recently released your fifth solo piano album, Hiding Place, another incredibly personal and honest collection of eleven original compositions. What is the theme or inspiration for this album? 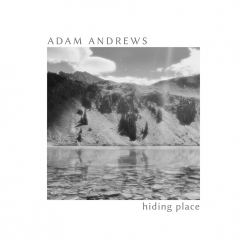 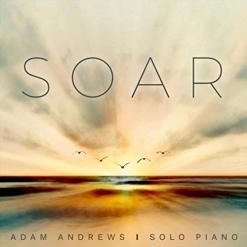 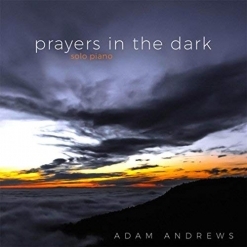 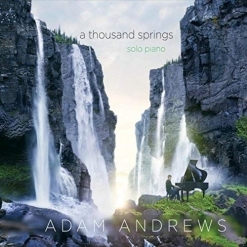 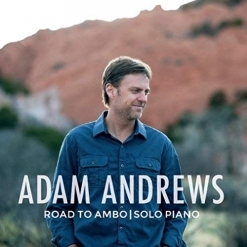 Click on album covers to go to Kathy's reviews.


AA: Composing Hiding Place was one way I processed the impact of the last couple of years on myself, family and friends, and our world. That's something we can all relate to. I will remember this project as one that marked the start of a very core level transformation in me....for the better!


KP: I remember you posting last summer that you had lost the desire to do anything musical even though the album was ready to release. How did you break through that?


AA: Yes, the album was ready for almost a year before I actually released it. I couldn't explain why, other than that I was depressed and unmotivated, even to do things that I loved. I've always been proud of this album though. The breakthrough occurred when I came to truly believe that there's no shame in my journey with depression, no matter how long it takes, and that my music is needed in this world.


KP: It's been a tough couple of years to keep the spirits up and not get discouraged. It must be so much worse for people with depression and anxiety. Have you been able to play the piano more again?


AA: You're absolutely correct in my case. It's been a slow process but I am beginning to play more again. I've been remembering some of my catalog of music as I've forgotten several pieces over the last couple of years.


KP: I'm so glad you're feeling better and more positive! Let's talk about Hiding Place. The title track is the first one on the album and is a very reflective, introspective piece. Tell us about it.


AA: Ah yes, "Hiding Place." There was a season where work and school were remote and our quiet home had become central station 24-7. I got to this place where I felt I had to hide in order to feel present and let creativity flow. Super challenging! This song was almost consoling for me at that time as I grieved the loss of creative space and life as we knew it. I had also been drinking more during that season, to escape, and in retrospect I find it amusing I chose this title for the song and album. I'm happy to say I've been sober for several months and couldn't be happier about that decision.


KP: "Oh Restless Night" vividly describes times when sleep just won't come. It slows almost to a dropping off point and then becomes agitated only to gradually calm. Sometimes in the deepest bass of the piano and sometimes up in the higher octaves, it's an amazing piece of music! Did you get up during the night to work on the piece or did the music come later?


AA: This was the first song I composed for the album. It was several years in the making from the standpoint that it helped me to overcome fear and shame associated with separating myself some from the evangelical movement. I worked in the movement for about 20 years and over time I personally experienced that it was hurting more people than it was helping. It wasn't a good enough representation of the loving God I knew. I lost a lot of sleep over this decision because I knew it would impact many of my relationships and my career. A truly life changing time and song for me.

On a side note, there's a cool story about this song. As this piece was coming to me, I got to share it in person with one of my childhood piano teachers. She was turning 88 years old and had an open house for current and former students to say hello. It was SUCH an honor and she still teaches and plays beautifully! We shared an incredibly special moment of gratitude that I will never forget.


KP: That had to be an amazing moment for both of you! And 88 is such an appropriate age for a piano teacher to celebrate! Did those anxious nights last very long? I hope not!


AA: It was off and on for a number of years as I became aware of and processed things. I'm sleeping much better now, as I'm learning to overcome related regret and move forward.


KP: "In Time" is a musical expression of compassion and support for a friend. Can you talk about that a bit?


AA: Yes, and with my friend's permission. My close friend hit mid-life and realized he could no longer ignore or deny that he was gay. The result was an ended marriage, a divided family, loss of church community, and loss of job. I felt heartbroken for his whole family. It also saddened me that he seemed to be the only one in the scenario that wasn't viewed as a victim in his community. Growing up the church had told him that, when he got married, it would resolve itself, and that he could be gay but that he couldn't act on it. He lived that lie for a long time. I chose the title "In Time" in hopes that time would heal relationships and that love would prevail in the end. He's an amazing person and dear friend.


KP: What a heartbreaking story! And I'm sure it happens far too often. It's wonderful that he has your friendship to help balance things a bit. 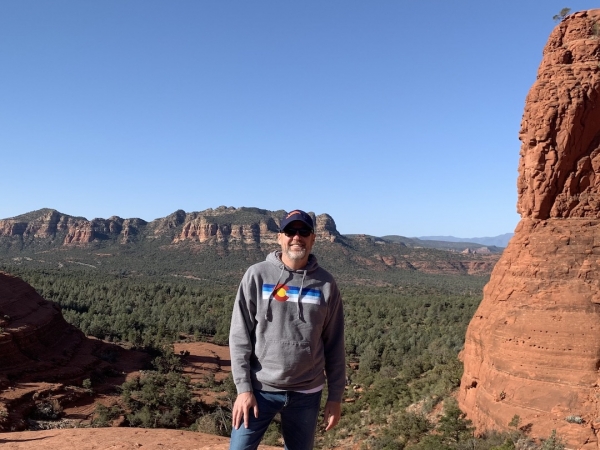 Adam in Sedona, AZ between recording sessions at Piano Haven. 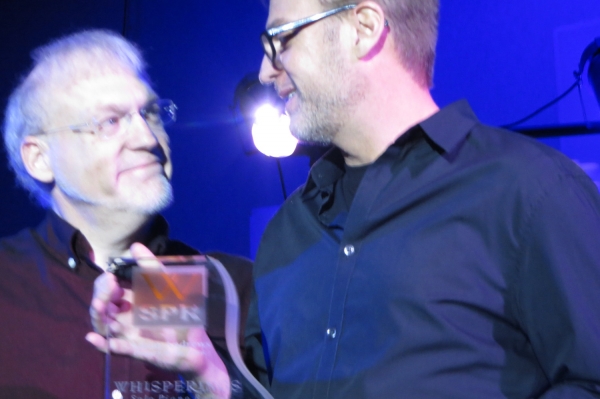 "The Unexpected" is one of my favorites. Tell us about that one.


AA: Thanks! I like this one too! It really was just a processing of the impact of COVID and increasing divide in our culture.


KP: "Maybe Someday" is my favorite piece on the album. What is it about?


AA: Thank you, thank you! "Maybe Someday" was a piece that developed over time and I played it almost daily throughout the composing process for this album. I realized, after the fact, that I was pondering a hope for the future of our world, for healing, and unity.


KP: "Hopes and Dreams For You" is a piece you wrote for your kids. Tell us about them and the piece.


AA: There was about a year and a half where the kids were remote for school and extra-curricular activities were on hold. I was heart-broken at the way this affected them, and how much they missed friends and connection. That's where this piece came from.


KP: Are you working on your next album? If so, what will be the theme of that one?


AA: Not yet. I'm not sure what I want to do next? Part of me wants to explore something slightly different than solo piano. I'm sure I'll be setting a goal soon and will work towards that.


KP: Have you missed performing during this pandemic time?


AA: Even though I tend to shy away from being the center of attention, I really do miss concerts, especially connection with people, and having that outlet for the music and stories.


KP: I really hope you can come back and play here in Florence, OR again once things open back up. I've really missed the house concerts here as well as the annual Whisperings "hangs"!


AA: I'd love to come back. Such wonderful memories! I've missed it too!

KP: Are you still teaching piano? 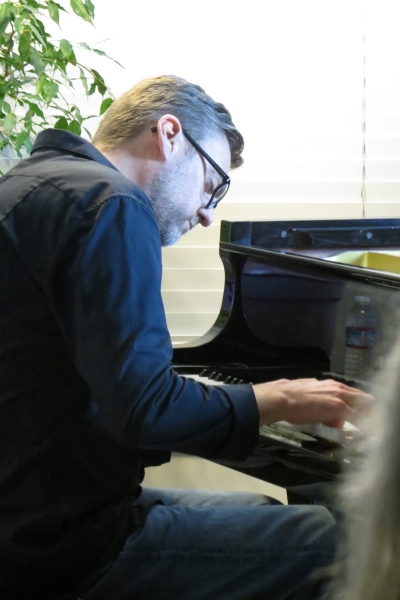 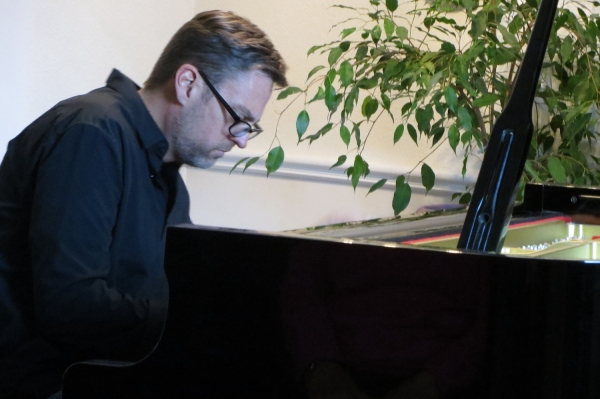 
AA: No, I went back to work full-time. I do miss teaching though!


KP: Are your daughters still taking piano lessons and composing their own music?


AA: Sort of. Ha ha! They're not in lessons at the moment but are still learning piano and/or guitar on their own. My oldest daughter really enjoys singing and choir. She's in the honor choir at her school. My middle child loves teaching herself songs on piano and guitar. She even learned my song, "No More Shame" from my Soar album!


AA: Not at this point. He loves athletics and is really gifted. Most recently, he played QB for his flag football team and just loves team sports.


KP: You express such deep emotion in your music. Is it difficult to release something so personal to the world?


AA: It can be. I have times where I become too concerned with what people think. I'm at my best when I'm doing it for the love of it and with 100% authenticity.


KP: I remember one of the concerts you did with some other Whisperings Artists in Southern CA several years ago. You had written a piece for a friend who had passed away. I was sitting with Neil Patton, and we were both in tears! It's amazing to be able to express feelings so strongly and clearly that others can feel them with you. It's also what makes your music so very special.


AA: Awww. Thank you. Yes, that was the song "Every Dark Tear." That night was the first time I got to play it in person for his parents. I was so nervous I wouldn't get through it. I chose to play it right after the intermission and to share about the song afterwards so that I could remain somewhat composed and honor him well.


KP: It was an incredible moment! What's next for you?


AA: I wish I knew! I'm really encouraged by many of the changes I've made in the last couple of years and I've worked so hard to learn to live well with depression. I'm increasingly okay with not having all the answers. I do believe the future is bright and piano music will be a part of it!


KP: Is there anything else you'd like to talk about?


AA: Thanks for setting up this interview. It's been so nice to connect again even though it's not in person. Excited for that time! I'm also really grateful for those listening to Hiding Place.


KP: It's been a pleasure, Adam! Hope to see you soon!

For more information about Adam Andrews and his music, be sure to visit his website and his Artist Page here on MainlyPiano.com.
Adam's Artist Page • More Interviews