And I mean that very literally. While most places seem to be breaking records for high temperatures, here in Florence, OR we're still wearing long sleeves and big smiles! I'll take it! Most mornings have been starting out with fog, clearing mid-morning and warming up, and then the fog starts rolling back in mid-afternoon along with the wind. This is obviously not a good place to live if you love hot weather, but for those of us who don't, it's great!

During the Cultural Revolution in China, playing Mozart or Beethoven was considered a crime, and although pianists were not allowed to practice, many continued to do so.

When Chopin was composing his Waltz #3 in F major, his cat walked across the keys of the piano, amusing Chopin so much that he tried for the same sounds in what is called “The Cat’s Waltz.”

New Reviews: There is quite an assortment of new reviews for you this month. There are several artists who are new to MainlyPiano.com as well as favorites who have been here since the beginning. I was going to point you in the direction of some exceptional albums, but this month there are several that are amazing. Treat yourself and explore them all! I also reviewed Joe Bongiorno's new sheet music book and a sheet music single from Suzanne Herman, and there are more of those on the way, too! You can find links to all of them here.
Irving Berlin, one of America’s greatest songwriters, could only play the piano in the key of F#. He owned a piano that would transpose his music into other keys for him.

Jazz pianist Marian McPartland didn’t have any piano lessons until she was seventeen.

According to the French newsweekly "Le Point," the timetable for someone wanting a solo concert career must be: the pianist plays his first scales at the age of four, enters a conservatory by twelve, and wins a few international prizes before the age of twenty. If the pianist has released recordings and toured abroad before the age of thirty, the future should be promising.

New Interview and Article: I have a new interview with German composer/pianist Bernward Koch that I think you'll really enjoy. We kind of bounced all over the map with this one, and it was a lot of fun. Steve Yip also wrote a fascinating article about Pearl Wong, a woman from San Francisco's Chinatown who owned and ran a restaurant and jazz club that was popular with an impressive assortment of music giants as well as fans. It's a great read!
John Broadwood of England made pianos from 1770 on. He invented the sustain pedal, strengthened the case and strings to increase volume, and added an octave, extending the keyboard to six octaves.

Pianist Andre Watts made his first appearance with the Philadelphia Orchestra at the age of 9. At the age of sixteen, he substituted for an ailing Glenn Gould at a New York Philharmonic concert conducted by Leonard Bernstein. The next day, newspapers from coast to coast proclaimed Watts as “the great new pianist.”

Charles Darwin saw sex as the source of all music-making, claiming that the songs of human societies grew out of the mating calls of birds and other creatures.

Happy Birthday, one and all!
The ancient Romans loved the bagpipes. Emperor Nero is said to have been a bagpipe virtuoso, playing it regularly at public functions. The Romans carried bagpipes all over the world, but most people rejected this musical gift - except the Scottish.

The song “Over the Rainbow” was almost cut out of the movie “The Wizard of Oz,” and Shirley Temple was considered for the part of Dorothy.

August Music Holidays and Observances: Here is your monthly list of music "holidays":

The 1994 Iowa State Fair built a life-size statue of Garth Brooks out of 250 pounds of butter.

Johnny Mathis is said to have become one of America’s first black millionaires. His "Greatest Hits" album was on the charts for 490 weeks - almost 9 1/2 years!

A Very Special Visit: It's always a treat to hear from my former piano students, but it's even better to be able to visit with them! Gregory Kwok took lessons from me for ten years (1986-1996) and reached the highest advancement of any of my students - ever! He and his family were visiting Oregon in early July and made a special stop here to visit and have dinner with us. Here we all are! (That's Gregory at the lower left!) 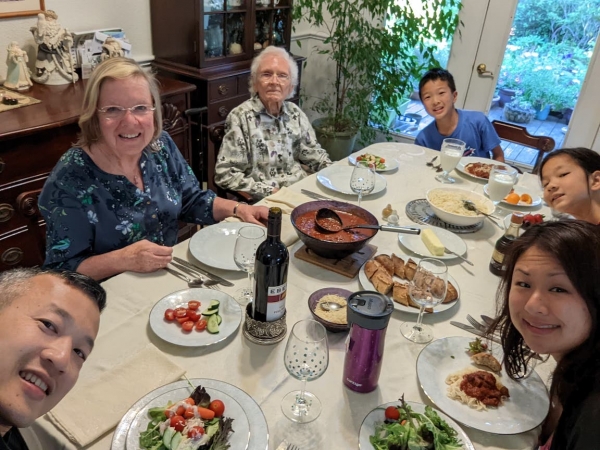 The first stereo records were made in 1933.

In 1877, Thomas Edison created a device that recorded sound on tin foil-covered cylinders. He called it a phonograph.

The earliest musical instruments were probably the ones found in caves in France by archeologists. They were carved bones that appear to have been wind and percussion instruments, and date back to about 25,000 BC.


Well, that should keep you busy for now! I'll leave you with a few photos from the past month as well as a few more trivia bits and will meet you back here next month!


On August 29, 1952, John Cage's piece "4'33"" was given its first performance by his friend, David Tudor. It was first performed on the piano, although it was intended for any instrument or group. The performer sits in silence for four minutes and 33 seconds.

Former President Ronald Reagan, did a song-and-dance comedy routine at The Last Frontier Hotel in Las Vegas in 1954. It didn't go over very well, and his act only lasted two weeks.

"Nipper" was the name of the dog RCA Victor used in its trademark "His Master's Voice." Nipper lived from 1884-95, and was born in Bristol, England. He first became the symbol of the Gramophone Company, then the Victor Talking Machine Company, and finally RCA Victor in 1929. For 22 years, the city of Baltimore, Maryland had a 15' statue of Nipper, which they sold in 1975 for $1. 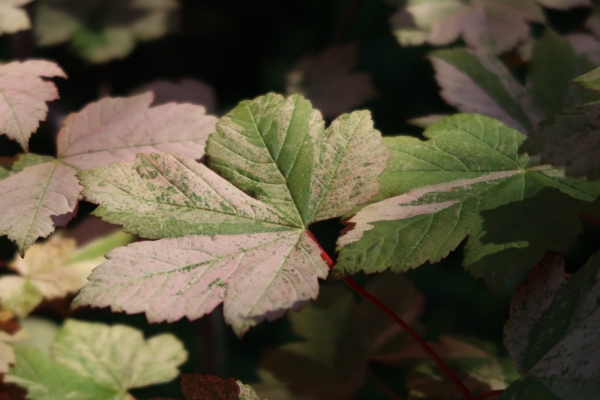 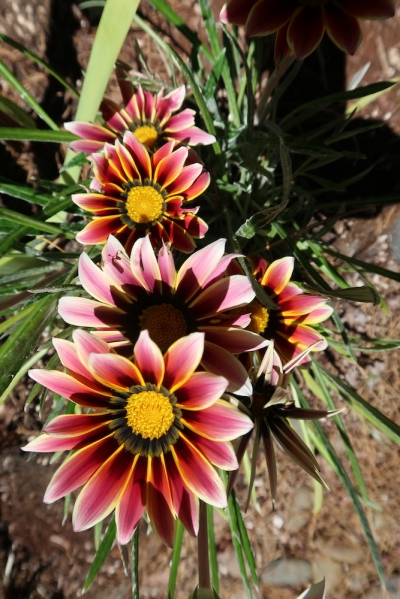 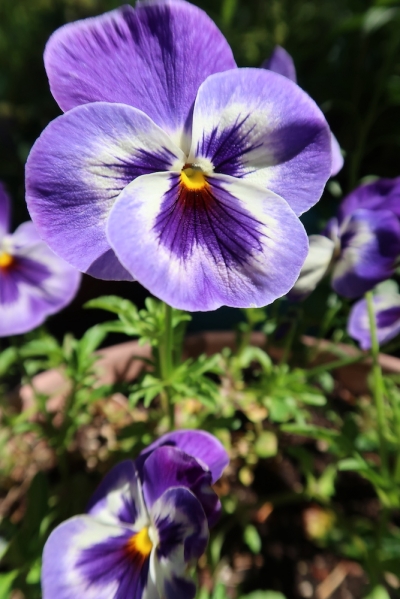 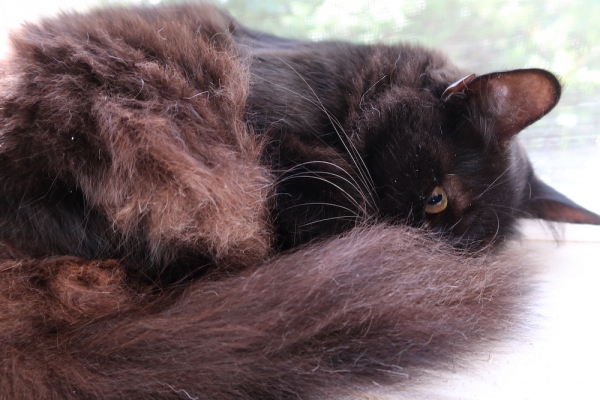 Thackery hiding in his tail. 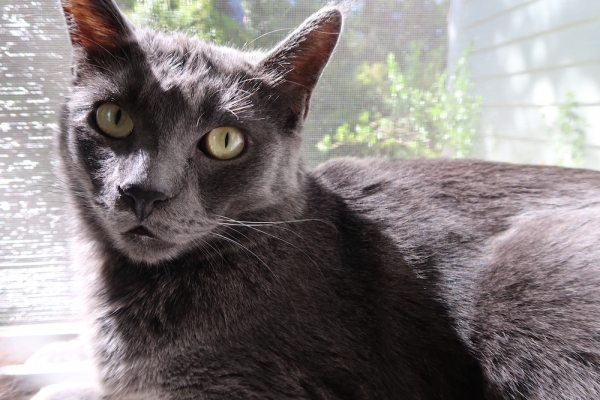