Chad's Website Chad's Artist Page on MainlyPiano
Album Links
Amazon (referral)iTunes
This site contains affiliate links to products. We may receive a commission for purchases made through these links.
The Space Between
Chad Lawson
2013 / Hillset Records
49 minutes
Review by Michael Debbage
It has already been five years since we first heard Chad Lawson’s ultra fine debut Set on a Hill. Oh how time flies when you are having fun listening to his audio auras. Despite the huge risk of doing something completely different, let’s just add The Space Between to that short yet ever growing credible list of stellar records that this piano man appears to be ever so capable of making at the drop of a hat (please tip him generously as he so deserves it).

So here is the verbal tip. Be warned that this is not Lawson duplicating himself. Quite the contrary as once again his album title just like his prior release explains it all. If you thought The Piano was stripped down then be prepared to be in store for an even more vulnerable performance as The Space Between is full of significant musical pauses that allows you as the listener to truly breathe ever glorious moment. In fact, the majority of the album was created in one day and if you listen carefully you can even here the clicks of his keys from time to time. Check out the melodic “Loves Me Loves Me Not, Loves Me” where the clicks almost have a percussive quality to it. This effect is more obvious here but to a lesser extent it can be heard throughout the recording. Apparently it was very intentional as Lawson shared that he was attempting to capture all the mechanics of the piano include the cricks and the creaks.

Lawson is occasionally accompanied by Rubin Kodheli on cello such as his performance on Chad’s stellar interpretation of “Ave Maria”. James Duke also appears on guitar courtesy of “I Wish I Knew” whose accompaniment is largely guitar reverb and for the most part an embellishment that begins to fade at about the 2:54 mark. Certainly this would have been preferred but then it returns with just a little too much gusto and just hangs around just a little too long. Otherwise, the remainder of the album is flawless and nothing seems out of place.

Taking risks in the music business can be very detrimental to the career of a young musician. However, at times the dividends can also be spectacular when a musician is willing to go against the flow. That said The Space Between will most likely generate some polarized opinions but considering this is essentially a perfectly played piano performance the praises will prevail. Thus, we will wish Chad good fortune in following up this momentous album.
August 4, 2013
This review has been tagged as:
Michael's Favorites: 2013
Chad's Website Chad's Artist Page on MainlyPiano
Album Links
Amazon (referral)iTunes
This site contains affiliate links to products. We may receive a commission for purchases made through these links.
More reviews of Chad Lawson albums 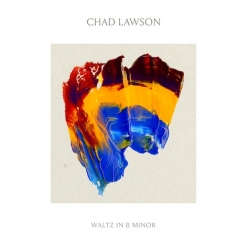