I hope your summer is going really well and that you’re listening to lots of great music! It hasn’t felt too much like summer here with all of the fog and wind, but the big influx of summer tourists keeps us on our toes! I have lots of news this month, so take a few minutes to enjoy!
Suzanne Ciani was the first female composer to write the complete score for a major motion picture - “The Incredible Shrinking Woman” in 1981.

H. Ross Perot wanted to use Woody Guthrie’s “This Land is Your Land” for his presidential campaign anthem, but found that Guthrie’s will prohibits the use of the song for political purposes.

New Reviews: It has been a crazy-busy month for reviewing! I have fourteen new reviews of recordings and two new songbook reviews. Greg Maroney released a full-length album (Summer) and a single and both are excellent; Peter Calandra’s new Carpe Noctem is stunning; and I also reviewed Scott Lawlor’s recently-released trilogy. And that’s just some of them! Here’s the link to the latest reviews and here is the link to the songbook reviews. The two songbook reviews are for Rachel LaFond’s sheet music for her first two albums, and I will have new review soon for Joseph Akins’ Into the Flow songbook. There will be plenty of new reviews in August, too!
So little was known about composer Scott Joplin ("The Entertainer,” “The Maple Leaf Rag,” etc) that in his 1936 book, "The Negro and His Music," Alain Locke stated that Joplin was a white man.

Dizzy Gillespie’s trademark bent trumpet came about by accident. In 1953, a fellow musician tripped over Dizzy’s horn, and the bell ended up at a 45-degree angle. Gillespie liked the sound, and used bent horns for the rest of his career.

August House Concerts: We have three great house concerts coming up in August. The first is with pianist/composer Milo Graamans on August 3rd. Milo is a local artist who is currently based in Newport, Oregon. He did a concert here two years ago, and it was a truly mixed bag of music and a ton of fun! Milo’s uncle, guitarist Ian Smith, will be sitting in on at least a few tunes, so it promises to be a very fun evening! Here's the info!

On August 18th, pianist/composer Dan Chadburn returns with guitarist/vocalist/songwriter Tom Nichols for a fund-raising concert for our Oregon Coast Humane Society. Dan and Tom always do an amazing concert and I can't wait to welcome them back!! Here's that info!

On August 29th, we’ll be welcoming Jim Chappell to Florence, OR for the first time. Jim and I did an interview for Pianotes early on - in the early 1990’s, I think, but we’ve never met. Jim is one of the “founding fathers” of the smooth jazz and new age piano genres, so I’m very excited to have him play here!!! That info!

It isn’t a house concert, but Neil Patton and Dance Veritas will be doing a concert at the Florence Events Center on August 4th. The first half of the concert will be Neil playing solo piano, and the second half will be the dancers performing to Neil’s music as he plays. I can’t wait to see this one! For more info and to reserve seats, click here.

Also, please note that the date for Joey Curtin’s concert here has changed from September 15th to Sunday the 16th at 3:00 PM due to paving work being done on our streets that week.
Digital sound was introduced in 1979 and marked the beginning of the end of the LP. LP's can record digital sound, but reproduce it non-digitally. The first digitally-recorded pop LP was Ry Cooder's "Bop Till You Drop."

Gold records are awarded for albums with $1 million in sales. Platinum albums are given for albums which sell one million copies.

Composers William Byrd (1543-1623) and Thomas Tellis were granted a monopoly on music publishing by Queen Elizabeth. This gave them the exclusive right to print any music "either played or sung" in any language. They were also the only people who were allowed to print the ruled paper upon which music is composed.

Concert with Joseph Akins and Rachel LaFond: On July 16th, we welcomed Joseph Akins and Rachel LaFond (and Rachel’s charming husband, David) for a really fun concert. Joseph has played here quite a few times, but it was Rachel’s first tour ever and I was so happy to be a part of that! It was an excellent concert with some great stories as well as a fascinating variety of music. Here are a few photos: 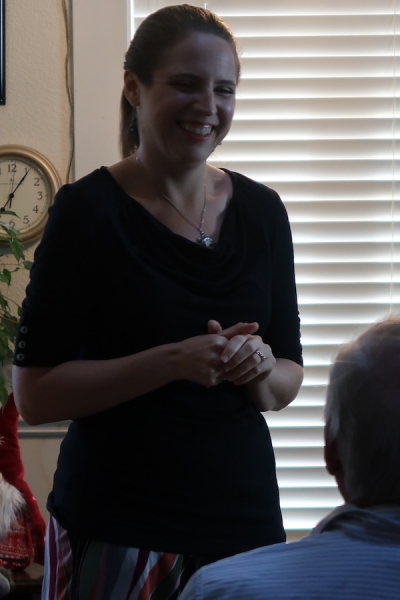 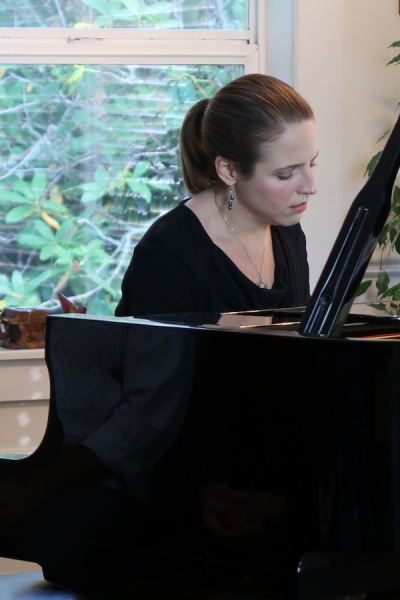 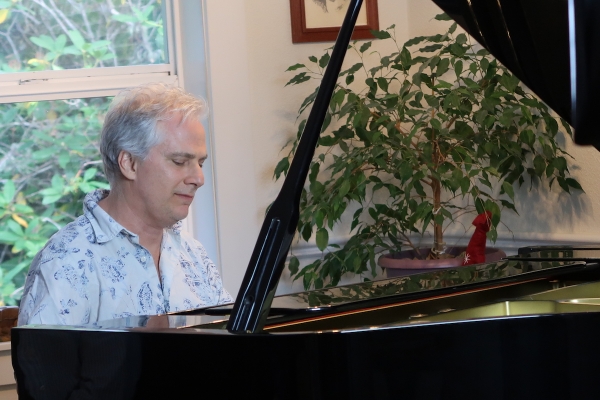 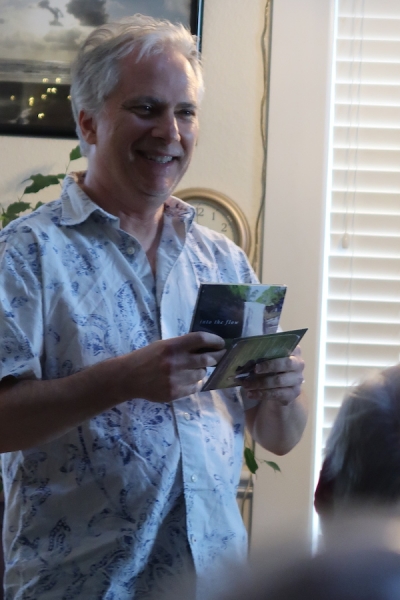 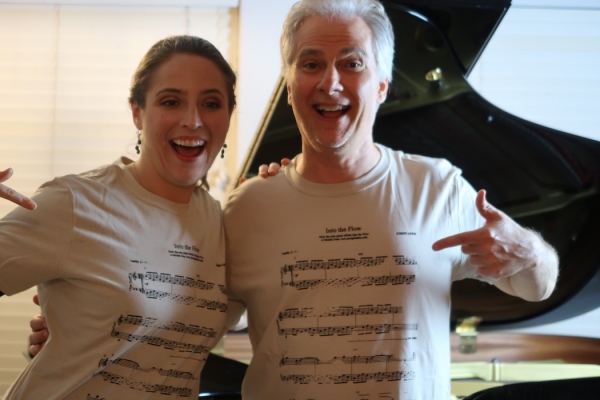 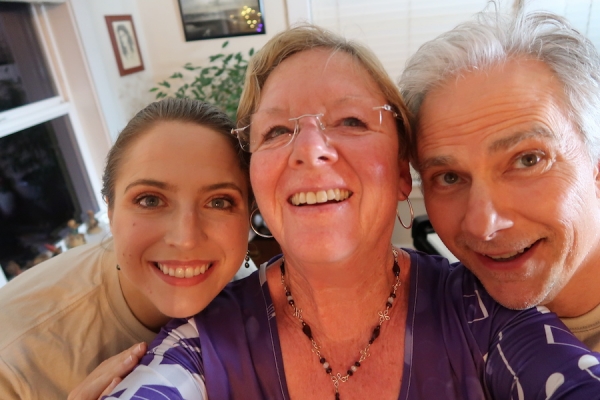 In operatic terms, a "prima dona" is the leading lady of an opera company. A "diva" (goddess) is a legendary or highly celebrated leading lady.

The first magazine devoted to jazz was called "Le Jazz Hot," and was published in Paris on February 2, 1935.

The first stereo album was "Marching Along With the Dukes of Dixieland, Volume 3," which was released in 1958.

New Interviews: I didn’t do any interviews in July, but I should have at least two and maybe three interviews coming up in August. The first will be with Michael Bohne, who recently released his first full-length album. After that will be interviews with Peter Calandra and Matthew Mayer, and a few others that I’m working on. Stay tuned!
Peter Carl Goldmark developed the first color television system to be used commercially in 1940. Goldmark also invented the 33 1/3 RPM long-playing phonograph record in 1948.

Scott Joplin was awarded a posthumous Pulitzer Prize in 1976 for his contributions to American music.

Sony and Philips introduced the compact disc in 1983.

Quotes/Trivia: For the next few issues of Pianotes, I’m going to do something I haven’t done for a while. For the September issue, I’m going to use some of my favorite quotations about music instead of “factoids.” If you have any of your own favorites, send them over to me. If I have a good response, I’ll carry that over into October. For November, I’m going to use quotes about “Music is…” and let everyone fill in the blank. I’ve done that in the past, and the responses have come from all over the country and all over the world. I hope I’ll get another great response. I’ll put reminders into the next couple of issues. Then in December, we’ll do the usually Holiday Wishes.
Frank Sinatra had a 23-page addition to his contract that listed 36 items he required to be in his dressing room before a performance. Included in these items were 12 rolls of cherry Life Savers, 12 rolls of assorted Life Savers, 3 cans of Campbell’s chicken and rice soup, 2 egg salad sandwiches, a carton of unfiltered Camel cigarets, 5 bottles of specific brands and kinds of booze, a two-burner hot plate, and a bucket of ice cubes.

Ignace Paderewski, one of the greatest concert pianists who ever lived, was also a Premier of Poland. He gave Liberace some piano lessons.

August Birthdays: Here are some music-related birthdays coming up this month:

Happy Birthday to all of you and please don’t start any more fires with all of those candles!!! Cheers!
Ray Conniff was the first recording artist to use singers as instrumental sections on his recordings. He released his first album with these wordless vocals in 1956 ("‘S Wonderful").

Jazz pianist Dave Brubeck was raised on a cattle ranch that his father managed. Dave often worked out musical compositions while riding horseback to do various jobs. The rhythm of his galloping horse would inspire him to work out new compositions as he rode, and he frequently found himself singing out loud.

Only ten of Chopin’s many piano students attempted serious professional careers in music.

Closing Photos: The photos at the end of this month's issue are all from around our yards except the bottom one, which is my very able office assistant, JoJo. Enjoy and have a great month!!!

Chopin used a metronome and encouraged his students to do so as well. This seems a little odd since there is so much rubato (flexible timing) in Chopin’s music.

Willie Nelson was paid only $50 for his song "The Family Bible." He sold the rights early, and it made the people who bought those rights a lot of money.

Yanni’s first musical instrument was the accordion - his brother got the piano. 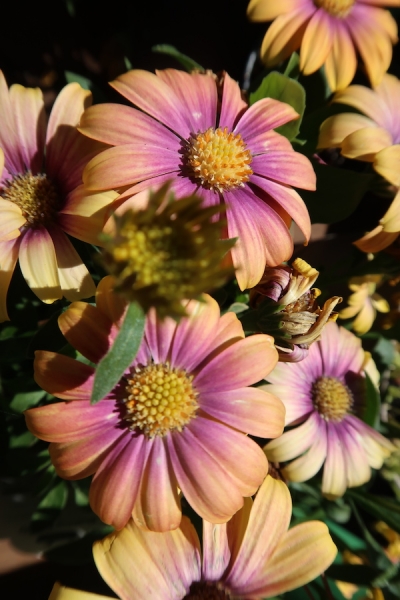 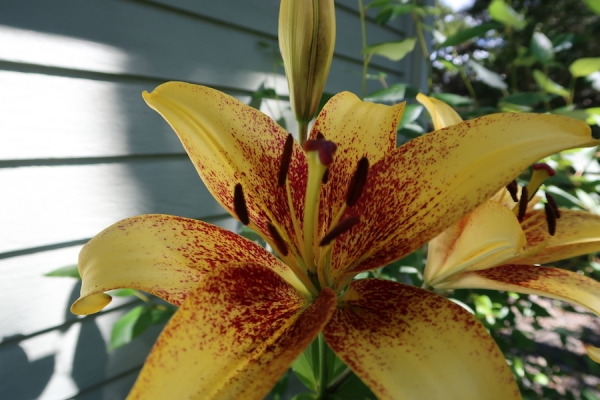 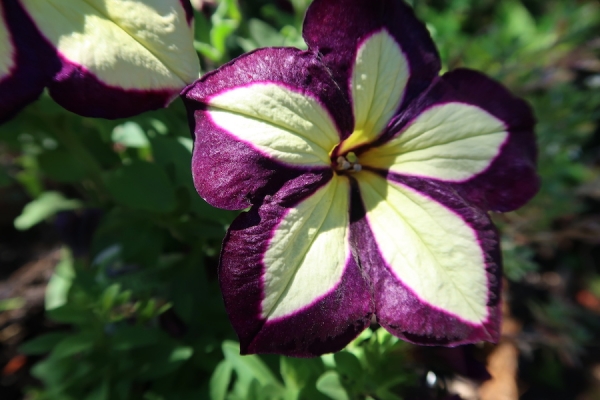 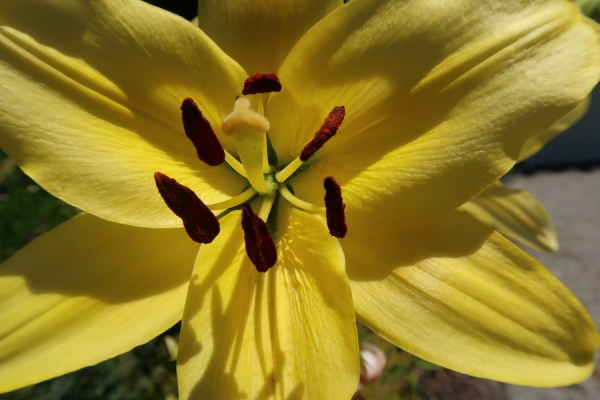 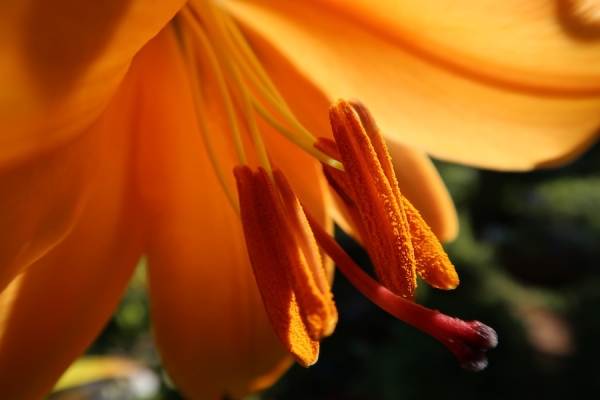 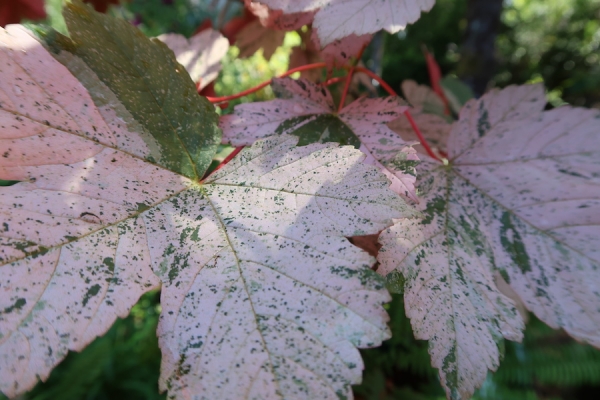 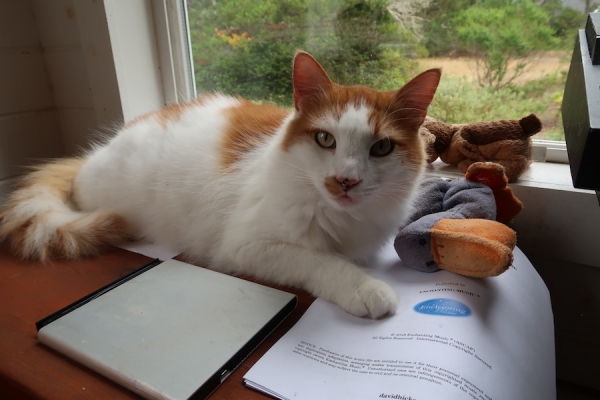